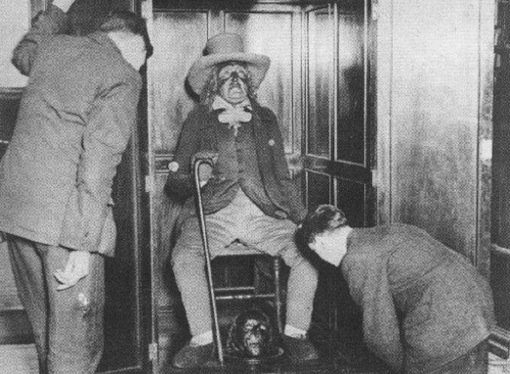 If you want to know what unqualified utilitarianism or hedonism is likely to get you, you can hardly do better than starting with Jeremy Bentham. Since many of his works are either still mere manuscripts or available only in poor editions, however, it has only been with the work of the Bentham Project at the University College London that we have begun to more accurately apprehend his views. One of the project’s more recent efforts has been to rescue from general oblivion the never-published third volume of Bentham’s Not Paul, but Jesus .

The first, and only published, volume of Not Paul, but Jesus was released in 1823 under the pseudonym “Gamaliel Smith.” (If the pseudonym was intended to fool anyone, it failed; reviewers did not take long to recognize the true author.) This first volume sets the tone for the work as a whole. As a perceptive but sarcastic reviewer for the British Critic put it, the author affects to accept the Gospels as authentic but wages war against the Acts of the Apostles.

In the Gamaliel Smith version of Christianity, the pure religion of Jesus was corrupted by the ambitious and self-serving Paul, who substituted his own views for those of the Founder, and whose associates wrote the book of Acts (a pack of lies) in order to defend, and help assure the triumph of, “Paulism” over true Christianity. The heart of what Bentham calls Paulism is the principle of asceticism.

Asceticism, we are told, is the idea that it can be good to forgo pleasure of any kind for reasons other than achieving an even greater pleasure or avoiding a pain that is even greater than the pleasure given up. That is, the ascetic holds that something other than pleasure and pain should be considered in determining whether some act is acceptable. Asceticism so understood is contrary to the principle of utility, which requires that we not impede the obtaining of greater pleasures or the avoiding of greater pains. The third volume of Not Paul, but Jesus discusses the opposition of these principles at great length.

Asceticism advocates temperance at table and chastity in bed; Bentham attacks several different forms of both. It is perhaps unsurprising that the most widely published portion of this work is its advocacy (“defense” would be much too weak a term) of homosexual sex, the prohibition of which is one of the noxious effects Bentham attributes to Paulism’s ascetic principle.

To see the argument in its pure form, though, it is necessary to look instead at Bentham’s argument in favor of infanticide, or, as he calls it, “the power of breeding-up or not during early infancy.” Bentham himself recognizes it as a special case, the one in which he claims the full force of asceticism has been brought to bear to the most barbarous effect.

Bentham holds that homicide is forbidden in law primarily because of its mischievous effects, which he sorts into the two categories of danger and alarm . In other words, we forbid homicide in order to deter it, to prevent the pain and trouble either of repetition of the act itself (danger) or of the bare threat of that repetition hanging over our heads (alarm). With infants, however, neither seems significant. If we take infants in their first year (Bentham is clear that one year is an arbitrary limit), we are dealing with minds that are incapable of fearing anything other than apparently present evil. They are therefore immune to serious danger and alarm.

The only pleasures and pains that enter into the calculation, then, are those that are immediately available to the infant consciousness. But even the pleasures and pains of which a dog or a horse is capable might easily exceed those of an infant on its first birthday. The true lover of humanity, Bentham tells us, will support infanticide as often being the gentlest possible remedy to the problem of human suffering.

It’s a bold argument, but not an unfamiliar one. Bentham’s strength as a philosopher is to follow the logic of his ideas to the very end. Given his rejection of the ascetic principle, his support of infanticide is inevitable, and he rightly (again, given his premises) dismisses any attempt to appeal to sympathy, as well as any attempt to argue that human life is not merely a matter of the calculation of pleasure and pain. Once asceticism has been rejected, calculating the value of infant lives by their ability to feel pleasure or pain is the only thing a lover of humanity could possibly do.

Bentham has here laid out, quite clearly, a fundamental dispute of the modern age: the good life understood as the satisfaction of preferences and unfoiled desires on the one hand and the Platonic idea that justice is found only through the kind of self-restraint that looks beyond pleasure and pain on the other. There is, as Bentham was well aware, no middle ground. Not Paul, but Jesus excels in making this crystal clear.

Brandon Watson lives in Austin, Texas. This article originally misidentified the college at which the Bentham project is based.