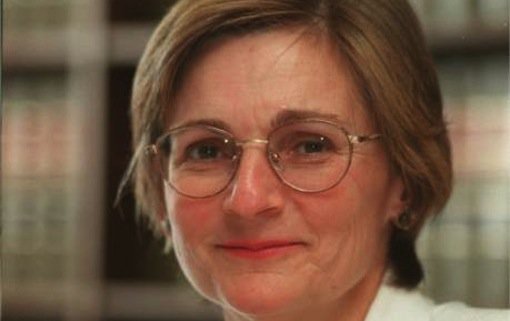 Is moral argument, particularly morality flowing from religious beliefs, taboo in criminal justice? A recent controversy highlights how some lawyers shun the moral reasoning at the foundation of the American legal system.

In February, U.S. Court of Appeals Judge Edith Jones gave a controversial speech defending and endorsing the American system of capital punishment. A number of those in attendance filed an ethics complaint against her, charging her with insensitivity (and worse) on issues of race, nationality, mental retardation, and innocence in capital punishment, and dismissiveness toward pending cases that might come before her. I wasn’t there and so can’t comment on those allegations.

The complaint also charges her with compromising her judicial impartiality by defending capital punishment generally in religious and moral terms. As one attendee complained: “Judge Jones used what I would call moral language in praising the death penalty as a means to help people come to terms with the crime they committed . . . . She talked about how the imminent prospect of execution forced the criminal to confront his deed, and she said this as justification for the death penalty.” This moral and religious defense of the death penalty allegedly “reflect[ed] adversely on the judge’s impartiality,” in violation of the Code of Judicial Conduct.

This charge misses the mark. As Canon 4 of the Code expressly states: “A judge may speak, write, lecture, teach, and participate in other activities concerning the law, the legal system, and the administration of justice,” so long as her comments do not compromise her impartiality, dignity, or duties. Judges thus engage in law reform all the time, advocating or opposing laws and policies based on their pros and cons. No one would dispute that a judge could oppose repealing a law or limiting legal relief because its benefits outweigh its costs.

But the complainants think this case is different because Judge Jones invoked the death penalty’s biblical origins and how it may promote moral reform and atonement. They do not allege that Judge Jones ever used the Bible as a source of law or legal precedent, especially in individual cases. Rather, they object to her endorsing a secular punishment for religiously motivated reasons.

What, then, of the Quakers who introduced penitentiaries two centuries ago to induce penitence and reform their errant brethren? What of Abraham Lincoln, who quoted the Bible on retribution for the evil of slavery in his Second Inaugural Address? What about Martin Luther King, Jr., who quoted scriptural understandings of justice in support of racial equality in his “I Have a Dream” speech? And what about religious opponents of capital punishment, such as Sister Helen Prejean, who cite biblical endorsements of mercy, forgiveness, and love?

If a different judge had stood up and urged her audience to support the repeal of capital punishment, citing Jesus’ forgiveness of the woman caught in the act of adultery, no one would have filed a complaint. But such competing moral values, often religiously inspired, underlie most Americans’ views on capital punishment. The critics who filed this complaint would suppress one side of an important debate.

As legal scholar Dan Kahan has shown, Americans sometimes feel pressure to justify their criminal-justice views in the detached, clinical language of deterrence and cost-benefit tradeoffs. But when researchers give them new data about capital punishment and deterrence, it barely budges their views. Capital-punishment views depend not on data, but on intuitions about retribution and expressing condemnation of wrongs. Squelching that discussion is counterproductive, driving it underground.

The solution is not to hide or repackage moral discourse, but to bring it out into the open. Americans from many religious and moral backgrounds should openly debate the importance of justice and mercy, condemnation and forgiveness, second chances and closure. Criminal laws and penalties serve a variety of goals, including morally reforming those who harm others and inducing closure. And while judges may not inject their personal or sectarian values into cases that come before them, they are free to advocate policies in terms that may resonate with other citizens. The Founders did not enact the First Amendment to banish religiously motivated viewpoints from the public square.

Stephanos Bibas, a professor of law and criminology at the University of Pennsylvania, is the author of The Machinery of Criminal Justice (Oxford 2012).