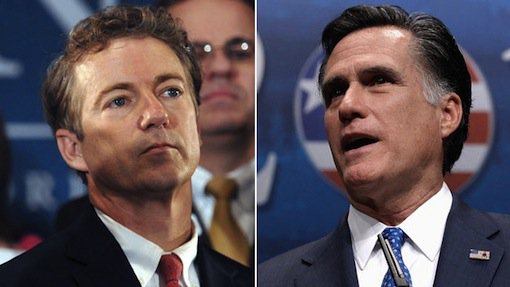 Romney’s infamous 47 percent comment did not come from nowhere, but neither did it come from Romney’s personal idiosyncrasies. There was the Wall Street Journal’ s “lucky duckies” editorial about lower middle-class families who had little or no income tax liability. There was Ari Fleischer’s column complaining that workers just below the median did not pay enough in taxes. There was Erick Erickson’s “we are the 53 percent” Tumblr where people explained that they had an income tax liability because they were responsible and worked hard”unlike you-know-who.

All of these analyses either ignored or underplayed the payroll tax liabilities of those in the second quartile. The “lucky duckies” frame also made it easier to ignore the declining wages, family stability and intergenerational mobility among the least-skilled Americans (especially males), and treated high-earners as victims of society. When Romney said, “I’ll never convince them that they should take personal responsibility and care for their lives,” he was expounding what had become conventional wisdom within parts of the right.

Romney’s 47 percent comment was not just a gaffe”it was a strategic error that infused Romney’s campaign. It was part of the Romney campaign’s obsessive referencing of the business owners who “built that.” It was part of Romney’s tax plan that produced the largest benefits for the highest earners and did little for those around the median income.

Unfortunately, Republicans are being advised to repeat this mistake.

Enter Rand Paul and “libertarian populism.” There are things to learn from, and like, in Rand Paul-style politics. Conservatives of all stripes should get behind plans to reduce subsidies to connected companies and end too big to fail. But one problem with the current “libertarian populist” agenda is Senator Paul’s flat tax proposal . Ben Domenech, one of the shrewder conservative analysts writes on the flat tax:

Libertarian populism strikes at the heart of these problems by going beyond “tax cuts for the rich,” and instead targeting bold reforms, which go beyond tweaking the state and actually take an axe to it. Consider the tax issue as a central aspect of this: You argue for a flat code in order to achieve a flatter code, one which limits the abusive power of the IRS, generates economic growth, and prevent cronies from lobbying for, and benefiting from, loopholes individuals and small businesses can never access. It takes on the sacred cows of the tax code and the existing Wall Street paradigm of Blankfein, Dimon, and Schumer as inherently corrupt, and uses this assault as an inoculation against liberal attacks that they are merely about approaches which favor the rich. From my perspective, there is far more intrinsic appeal to this bold approach than in merely arguing for rate tweaks and credits.

Senator Paul’s tax plan has a problem for which there is no inoculation. Paul’s flat tax proposal would cut taxes on high earners while raising taxes on middle-class families. Using the Tax Policy Center’s calculator, a family of four with two children earning $50,000 would see a more than $340 increase in their tax liability. It gets worse. The larger the family, the larger the tax increase. A family of five with three children earning 50,000 would see a $1477 increase in their tax liability.

Domenech describes libertarian populism as a break from “a Romneyesque ‘we can run government better and more efficiently than the Democrats’” message. Yet the flat tax makes the Romney problem worse. Romney could look at working families that had little or no income tax liability and say “I got nothing for you.” The Rand Paul flat tax tells those families “Here is a tax increase. You’re welcome.”

The worst part is that what is wrong with libertarian politics makes it harder to pass what is right with libertarian populism. The 2012 exit poll showed that 53 percent of voters thought that Romney’s economic policies primarily favored the rich. Only 34 percent answered that Romney’s policies would primarily benefit the middle class. Republicans cannot escape this political problem by proposing a combination of high-earner tax cuts and middle-class tax increases. All the talk of cutting loopholes and sacred cows and reducing the power of the IRS will be for nothing if it is seen in service of lightening the tax code on high earners and raising taxes on the middle class.

That doesn’t mean that cutting deductions for high earners makes no sense. It just makes sense in the context of a genuinely populist politics. A flat tax with a middle-class tax increase gets in the way of convincing voters that a smaller government can also be pro-family and pro-work. The Republicans have a chance to become a more populist party, but they can’t shed the perception that they are the party of the rich by proposing a combination of high-earner tax cuts and middle-class tax increases.