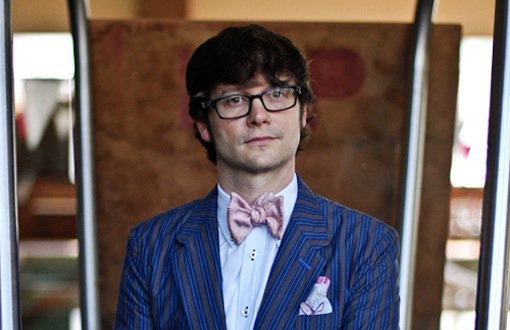 Gregory A. Thornbury, the recently-announced incoming president of the King’s College, has a great task ahead of him. The institution he will lead announces that its mission is to “ contribute to American society by producing graduates who command the important intellectual traditions, who think lucidly about the social and political issues that confront them today, who write with force and flair, who speak with eloquence, and who are eager to exchange ideas in open debate with those who espouse different views.”

They can seek perhaps no better model than Carl F. H. Henry, on whom Thornbury happens to be an expert and happens to have just written a book. Cracking it open can help us understand the intellectual and cultural inspiration of one of the newest leaders of Christian higher education.

Thornbury begins Recovering Classic Evangelicalism: Applying the Wisdom and Vision of Carl F. H. Henry by introducing us to his subject. Henry, perhaps the most influential Evangelical theologian of the twentieth century , was on the founding board of First Things and helped found Christianity Today . Two of his works, The Uneasy Conscience of Modern Fundamentalism and God, Revelation, and Authority , provide the bedrock for what we now know as Evangelicalism (contra “Fundamentalism”), particularly as it intersects with Catholic thought.

Thornbury then proceeds to the difficult work of recovering Henry’s theological legacy. Henry’s prose tends to be dense, perhaps encouraging many to rely on uncharitable interpreters rather than read Henry himself. Thornbury rejects these revisionists:

Thornbury parries several discrete criticisms of Henry, ranging from charges of tedious rhetoric and political incompetence to shallow thinking and sloppy exegesis. Thornbury deals forthrightly with them all; this is not evangelical hagiography, it is intellectual interpretation.

For Thornbury, Henry stands with the mainstream of Reformation thought, as extended through Erickson, Carson, and Groothius, “who understand that the gospel necessarily rests upon an articulable theory of truth,” but whose efforts are considered passé among too many contemporary Evangelicals.

Henry believed that the foundations of a movement also determined its limitations: Weak footings led to weak movements. Henry began with epistemology. “Is the truth the truth because God wills it to be the case?” Henry asked. “Is God a Deity who speaks in intelligible sentences and paragraphs? If the answer to those two questions is affirmative, then no other church tradition offers a better theological method than Protestant evangelicalism”a movement that at its origin radically committed itself to theological conclusions explicated in the Word of God alone.”

After begging his readers not to skip reading Henry themselves, Thornbury summarizes fifteen important theological themes in the Henrician corpus. The arc begins with revelation, moves to the Scriptures as truth, to the Holy Spirit’s role in illumination and interpretation, then to the Church’s role in God’s kingdom, ending in God’s self-manifestation in the consummation of the ages. The space limitations of a single chapter mean that the overview is at once breathless in its pace and breathtaking in its scope.

Henry’s views help delineate Evangelical theology from those of other strains of Christianity, including “the affirmation that general revelation does not absolve one from the guilt of sin”only the special revelation found in Jesus can do that. Neither Scripture nor human experience warrants the idea that sinful humanity can translate general revelation into pure, undiluted truth about God.” Thornbury also shows how Henry responds to the ascendancy of naturalism that precluded either divine revelation or supernatural activity in the world and counters Hans Frei’s approach to narrative theology and his heirs, including some Evangelical thinkers who seem to have embraced context over, or even against, text itself.

Thornbury prefaces the chapter on biblical inerrancy with Henry’s own banner declaration: “The Bible is not only trustworthy, but capable.” While theologians like Peter Enns say that the biblical authors’ intentions and contexts should limit our interpretation of passages, Henry’s view of inspiration (channeled, notably, through James K. A. Smith) moves beyond the human authors to the intentionality of the divine Author, who seeks to reconcile humankind through self-revelation.

“The first claim to be made for Scripture,” Henry writes, “is not its inerrancy nor even its inspiration, but its authority. Standing in the forefront of prophetic-apostolic proclamation is the divine authority of Scripture as the Word of God.” Contra our anti-authoritarian age, Henry argues that we face a choice: “Either the Bible is the transcendentally objective, divinely inspired, God-ordained authority and final word for all standards of truth and value, or the Bible is not and all of life is thus relative and culturally conditioned and thus incoherent.”

The final chapter in particular will likely resonate with those who along with Francis Schaeffer, Andy Crouch, Philip Ryken, David Platt, and Francis Chan have called for Evangelicals to influence the culture through social change and artistic pursuits. Henry urged Evangelicals to renounce the great divorce between church and social action, and lamented the loss of moral force within conservative Protestantism: “For the first protracted period of time in its history, evangelical Christianity stands divorced from the great social reform movements.”

This is a clarion call to remember that orthodoxy without orthopraxy always leads to irrelevance and ineffectiveness. It also anticipates the common ground shared by Catholics and many Evangelicals on contemporary Christian life and ethics. As Henry wrote: “Social justice is not, moreover, simply an appendage to the evangelical message; it is an intrinsic part of the whole, without which the preaching of the gospel itself is truncated. Theology devoid of social justice is a deforming weakness of much present-day evangelical witness.”

For Catholic or Orthodox readers who sometimes scratch their heads trying to understand what Evangelicals believe and why, this introduction will be helpful at every turn. For Evangelicals, it is the entry point to a fresh glimpse at our deep intellectual roots.

“I want to make Carl Henry cool again,” Thornbury exclaims in the introduction. Given that we can recognize Henry’s thoughts almost everywhere we look these days, such an aspiration is not terribly ridiculous. I would love to see the book cover in many a coffeehouse in the coming days, and would love even more to see Henry himself return as a staple of theological conversations. He was a giant whose legacy deserves to be recovered. As the new president of the King’s College, Thornbury is well positioned to do just that.