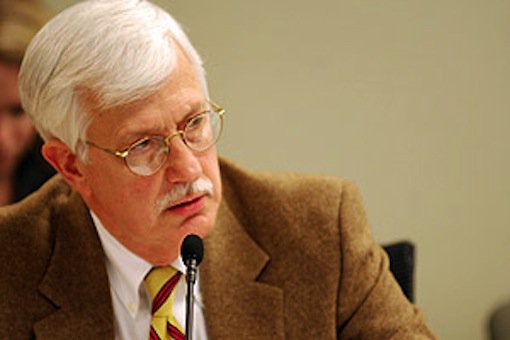 Dr. Thomas Farr of Georgetown’s Berkley Center is one of the true Good Guys on the Washington scene. His June 13 testimony before the National Security Subcommittee of the House Committee on Oversight and Government Reform was a thoughtful, sobering reflection on the failures of U.S. international religious freedom policy.

Farr speaks with authority, for he was the first director of the State Department’s Office of International Religious Freedom in 1999-2003 and has been deeply engaged in the battle for religious freedom around the world ever since. He has done so both from conviction”this is the right thing to do”and from prudential policy judgment: religious freedom advances the cause of peace, for countries that violate the first freedom internally are, in the main, countries “whose internal stability, economic policies, and foreign policies are of substantial concern to the United States.”

So if the promotion of religious freedom abroad (like its defense at home) is both the right play and the smart play, why does the United States do it so badly?

First, the U.S. approach to international religious freedom is largely rhetorical: annual reports are issued, speeches are made, lists of egregious persecutors are published. None of this, however, has much effect on the persecutors.

That, in turn, suggests another structural reason why the effort to promote religious freedom internationally, mandated by Congress, hasn’t worked: it hasn’t been thought through strategically. Or as Farr put it, forbearing to mince words, no president or secretary of state has made a concerted, sustained effort to “integrate the advancement of religious freedom into the foreign policy of the United States” since the International Religious Freedom Act was passed in 1998.

Which leads us to another, related structural problem. The Office of International Religious Freedom was established in the State Department by congressional mandate; State’s permanent bureaucracy, like other permanent bureaucracies, is exceptionally skillful at hermetically sealing off anything it regards as an alien body from the serious policy-planning action. Thus the office and the U.S. special ambassador for international religious freedom (a post also mandated by Congress) have often been isolated within State, underfunded, and cut off from access to the Secretary of State and other officials with real policy-making authority.

As Dr. Farr concludes after surveying this dismal landscape, “It is hardly surprising that American diplomats and foreign governments do not see religious freedom as a priority for U.S. foreign policy. It is not surprising that religious freedom programs play little or no role in U.S. strategies to stabilize key struggling democracies such as Iraq or Pakistan, encourage economic growth on places like Egypt or Nigeria, or undermine the religion-related terrorism that is still being incubated in many nations of the broader Middle East.”

George Weigel is Distinguished Senior Fellow of Washington’s Ethics and Public Policy Center. His previous “On the Square” articles can be found here . Photo credit: Pew.