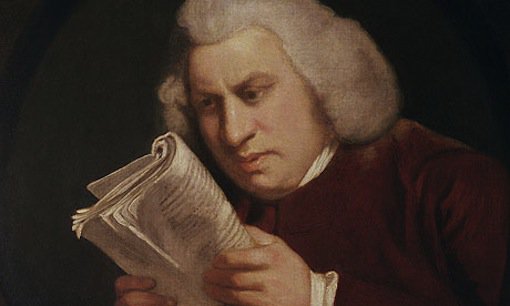 In this week’s New Yorker , Adam Gopnik attempts to answer the question: “ Why Teach English? ” The fate of the English major is, as Gopnik notes, all the rage, but defenses of it are surprisingly unconvincing. He rightly points out that the two most common ones”that English majors make for better people and better societies”are patently false. Nor is studying literary texts, I might add, always the most effective means of improving reading or writing skills (though it certainly helps). “So why have English majors?” Gopnik asks:

Well, because many people like books. Most of those like to talk about them after they’ve read them, or while they’re in the middle. Some people like to talk about them so much that they want to spend their lives talking about them to other people who like to listen. Some of us do this all summer on the beach, and others all winter in a classroom. One might call this a natural or inevitable consequence of literacy. And it’s this living, irresistible, permanent interest in reading that supports English departments, and makes sense of English majors.

This is both right and wrong. Gopnik is absolutely right that reading and discussing literary works is natural.

Yet, the “instinct,” if we want to use that word, is of a higher order than mere cravings, which Gopnik glosses over when he compares the impetus to read to our need for clothing and shelter: “there really are no whys to such things, anymore than there are to why we wear clothes or paint good pictures or live in more than hovels and huts or send flowers to our beloved on their birthday.” Reading literature has nothing in common with living “in more than hovels and huts,” but sending flowers? Yes, it is like sending flowers, because it is an expression of those higher things that make us most human”our emotions, our recognition of the need for a moral order, our ability to experience beauty and so forth.

Furthermore, while there is no reason English must be studied at university, and while Gopnik is, again, right that its study at the university is supported by our “living, irresistible, permanent interest in reading,” he misses an opportunity to address how English professors have at times failed to feed that interest over the years.

Today, instead of Joseph Addison’s essays or Dr. Johnson’s lives of poets, we have hundreds of books like Equivocal Beings: Politics, Gender, and Sentimentality in the 1790s ” Wollstonecraft, Radcliffe, Burney, Austen (Chicago, 2012) or Feminist Ecocriticism: Environment, Women, and Literature (Lexington, 2012). I have not read either book, so I can’t say anything about the quality of argument in each, though I can say rather confidently that neither was written for the general public, nor are either likely to increase interest in these authors and texts.

One of the problems with English studies today, brought about in part by English professors themselves and in part by the modern research university, is the separation between “specialists” and the public. The sciences have a specialized vocabulary and knowledge that have developed organically, as it were, from its methods, and, because of this, scientists regularly must “translate” their discoveries for the public so that the their value can be understood. But the constraints of “discovery” and “original research,” which are part of the scientific disciplines but not the humanities, were applied (or adopted) by English studies, pushing English professors to abandon reviews and criticism and pursue increasingly esoteric “research agendas.” And because the jargon of English studies is often unnatural, any effort to “translate” it sounds absurd.

All this to say, Dr. Johnson was not an English professor in any modern sense, and one of the things English professors must do (and encourage the university system to acknowledge) is to pursue the type of work that is organic to the discipline”evaluative criticism (this is good work, this is not), introductions, translations, manuscript retrieval and preparation, and so forth. Some of these are recognized in the discipline (such as work with archival materials, especially the digitization of them), but others are not or are seen as inferior. (The misguided attempt to take down Stanley Fish in The New Republic for, among other things, not pursuing more esoteric research is an example of this. He too often “swims at the surface,” Jacoby wrote last week.)

Gopnik himself admits that there is a difference between what English professors and scientists do. “The study of English, to be sure,” he writes, “suffers from its own discontents: it isn’t a science, and so the ‘research’ you do is, as my colleague Louis Menand has pointed out, archival futzing aside, not really research.” Yet, his hedged “re-reading” of Dr. Johnson as a professor prevents him from fleshing out what this difference means.

English does not need to be studied at the university. (The cost of university education is obviously an important factor, though I would argue that is a different question.) But if it is in fifty or a hundred years, it will not be because of reports to Congress defending the humanities but because English and humanities professors move away from the research paradigm of the sciences and return to the sort of work natural to the discipline.

Micah Mattix is an assistant professor of literature at Houston Baptist University and the editor of Prufrock , a daily newsletter of books, art and ideas.