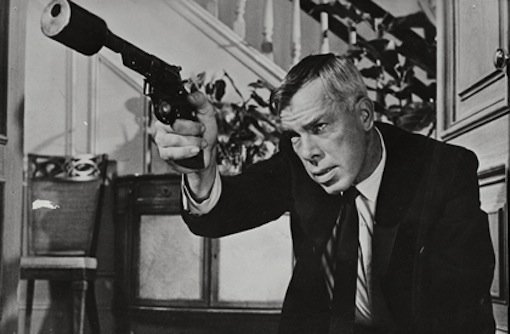 How did marriage lose most of its meaning? How has it gone from being regarded as an institution that formed the conjugal bond, established nuclear families, knit vital social ties across extended familial units, and forged the necessary social cohesion for the sheltering and rearing of children, to a more-or-less optional affirmation of love?

True, the same-sex marriage debate has rekindled some interest in the institution and its purposes. But that imbroglio seems more like the last flaring of a star before it goes cold rather than a true rekindling.

The weakening of the institution has been ongoing for so many years that it is difficult to discern the proverbial tipping point. But I have a good candidate: The 1976 California Supreme Court case, Marvin v. Marvin .

By 1976, the sexual revolution was in full bloom. Couples that once would have at least pretended to “wait until marriage” openly “shacked up.” Young lovers declared they didn’t need a paper to bind their commitment. But the law remained clear: Only actual marriage would be treated as marriage. Absent “the paper,” you could cohabitate to your hearts’ content, but the relationship had no legal significance.

In California jurisprudence, such non-marital partnerships were called “meretricious,” a disrespecting term meant to highlight the unique social significance of the marital bond. There was one narrow exception. If a spouse believed in good faith that he or she were married”but, in fact, was not”the innocent “putative spouse” could still enforce “marital” rights. But those cases were rare.

Then, Michele Triola Marvin sued the movie star Lee Marvin for breach of contract. The two had lived together for several years. Michele even legally changed her last name. But there was no question that she and Lee were not married. Nor did she claim to be the putative spouse. Rather, Michele claimed Lee’s assurances of life-long support induced her to abandon her own career and devote herself to his care. The relationship now over, she wanted what had been promised.

The trial court quickly dismissed the suit. To obtain support or a share in a romantic partner’s property, you had to be married. Next case.

Then, unexpectedly, the California Supreme Court accepted the appeal. The announcement hit the trial bar like a thunder stroke. At the time, I was a young lawyer practicing in Los Angeles. Knowing that the justices were going to shatter the status quo with a new legal declaration of non-marital rights, we began filing breach of contract lawsuits on behalf of what are today called domestic partners.

The Supreme Court did exactly what we expected. First, it claimed that derogating unmarried relationships as “meretricious” expressed an unacceptable moral denigration, as that term also “pertained to and encompassed prostitution.”

Besides, times were changing, the Court lectured, and the law had to change too. Even though the sexual revolution “started” a mere ten years earlier, the social contract had to be rewritten:

Although we recognize the well-established public policy to foster and promote the institution of marriage, perpetuation of judicial rules which result in an inequitable distribution of property accumulated during a nonmarital relationship is neither a just nor an effective way of carrying out that policy.

Henceforth, cohabitation could lead to a support order”known popularly as “palimony””and property rights, too. Having thus diminished the unique social status of marriage by raising nonmarital relationships to near-equal importance, the Court half-heartedly tried to refill what it had just hollowed-out:

Lest we be misunderstood, however, we take this occasion to point out that the structure of society itself largely depends upon the institution of marriage, and nothing we have said in this opinion should be taken to derogate from that institution.

Ironically, Michele went on to lose her case when it was eventually tried under the new system. But Marvin v. Marvin sparked the long march that institutionalized the sexual revolution, transforming what might have been a transitory cultural phenomenon”akin to the Roaring Twenties”into a remade legal and social order.

That upheaval shows no signs of exhaustion. Many voices now claim that the state has “no place in the marriage business,” threatening to further undermine what little is left of the institution’s centrality in domestic life. We are even seeing the beginning of a drive to normalize polyamory as just another lifestyle choice.

In his recent controversial Commonweal essay, Joseph Bottum expressed a plaintive hope that accepting same-sex civil marriage “might prove a small advance in the coherence of family life in a society in which the family is dissolving.”

I’m sorry, but legalizing same-sex marriage won’t do a thing to rescue marriage. But then, neither will its rejection. A marriage renaissance will only be possible when we repudiate Marvin v. Marvin and revitalize marriage’s importance by returning to a strict policy mandating that couples actually get married before acquiring conjugal rights.

Wesley J. Smith is a senior fellow at the Discovery Institute’s Center on Human Exceptionalism. He also consults with the Patients Rights Council and the Center for Bioethics and Culture .