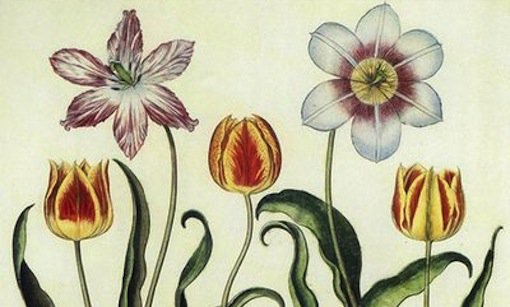 I picked up John Calvin’s Institutes of the Christian Religion some years back. Dipping into it, I anticipated a dry, grim, and doctrinaire treatise. Perhaps because I came to it with such low expectations, the books surprised me. I found the Institutes surprisingly accessible, written by a lively, engaged mind. I anticipated the argument of the books to be tightly wound around the theme of God’s sovereignty”with the focus on God’s glory coming at the expense of humanity’s abasement. Instead, as in Martin Luther’s treatment of predestination, I found that God’s sovereignty and the doctrine of predestination played a manifestly pastoral role in Calvin’s theology. The focus was not on obliterating the human, but rather underscoring God’s great love for his people in rescuing humanity from death, darkness, and despair. The upshot of the doctrine as I read Calvin was “This is a God you can trust.”

Calvinism has become a lightning rod in American religion. The Southern Baptist Convention was recently roiled by a controversy over Calvinism and the blogosphere is full of reports of neo-Calvinists causing turmoil through numerous denominations, including those not traditionally Calvinistic.

Some of the answer certainly derives from misunderstandings of Calvinism. I recall in elementary school my teacher instructing the class that when the Puritans sailed to America on ships, if someone fell off the ship into the water, the others would not attempt to save him, because they believed that God had predestined that person to drown. In trying to save that person from drowning, she said, the Puritans thought they would be opposing God’s will.

No more accurate is the oft-mouthed claim, usually linked with Max Weber, that Calvin taught that worldly riches are a sign of God’s election. I haven’t read enough Puritan theology to know whether they arrive at a colonial-era version of the “health and wealth” gospel, but I know that I did not see it in the Institutes or in any of Calvin’s commentaries I subsequently read.

Part of the answer likely comes from unique threads in Calvinist thought, such as the notion of “double predestination””the idea that God works symmetrically in predestinating some humans to salvation and others to damnation”and “limited atonement.” Even Lutheranism, which is confessionally predestinarian, followed Augustinian Catholicism as formulated, say, at the Council of Orange, and rejected double predestination and rejected most versions of limited atonement.

But a lot of the heat, I think, come from the predestinarian core that Calvinism shares with Augustinianism and Lutheranism. And in this, other predestinarian confessions should not rejoice.

For whatever reason, Lutherans are not widely identified with predestinarian doctrine. This, despite its repeated affirmation in Lutheranism’s confessional documents (and reaffirmed in 1932 by the Lutheran Church-Missouri Synod in its 1932 “Brief Statement of the Doctrinal Position of the Missouri Synod”) and despite Luther counting his book-length rejection of free will, On the Bondage of the Will , as the only thing he wrote that he would rank with his Small Catechism. Augustine, however, comes in for much of the same criticism that Calvin does, given the wide identification of Augustine as a leading proponent of the doctrine of predestination.

The Reformers argued at the time that focus had shifted from the pivotal work that God does for humanity in Jesus Christ to what humanity needs to do for God in Jesus Christ. Still well known today in the Reformer’s response to this shift is that justification comes through trusting in the work of Jesus Christ on the Cross rather than in trusting in human works offered to God through Jesus Christ. But the rejection of free will and the affirmation of grace alone aim at exactly the same point in their theologies: that justification results from God’s work in humans through Jesus Christ rather than from human work.

Both Luther and Calvin explain in their writings that their goal is to exalt Jesus by recognizing that humanity’s exaltation in Christ comes from his own work rather than from our work. David expressed in Psalm 139 what Calvin and Luther (and Augustine centuries before) meant to remind us of: There is no place so dark in the human soul that is too dark even for God. They thought humanity’s transparency before God to be good news, because it means that God loves us in particular, and despite knowing everything there is to know about us, including the secrets that we hardly even acknowledge to ourselves.

But it’s this point that I think provokes most of the reaction to Calvinism in the popular mind today (and to Augustinianism and Lutheranism to the extent that they are identified with the teaching as well): Modern man does not want to be transparent before God, or before anyone else. We deem it an invasion of our privacy and of our autonomy. We want our hearts to be the one place in creation so sacred that even God dare not tread there.

For whatever reason, Calvinism is the school that gets most of the attention to taking on this preference. For better or for worse, it’s the Calvinists who are taken to be “in your face” in asserting a Christian anthropology in direct opposition to the spirit of the age. While I don’t count myself among their number, they should be credited more broadly by Christians for taking so much heat on their view of the will.

James R. Rogers is associate professor of political science at Texas A&M University. His previous “On the Square” articles can be found here .