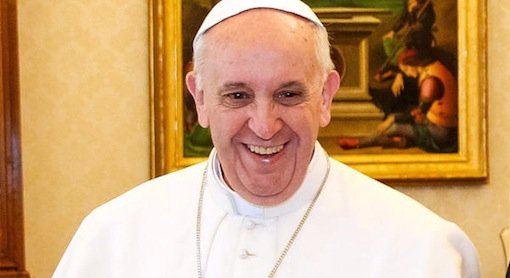 “The most serious of the evils that afflict the world these days are youth unemployment and the loneliness of the old.”

So begins the most recent papal interview, this one with Eugenio Scalfari, founder of the Italian paper La Repubblica , with whom Francis had already had an exchange of letters. If you look at that sentence as it stands, it sounds a bit incongruous. Really, of all the political issues we face in the world, youth unemployment and the loneliness of the old are the greatest problems? Not immigration or abortion, both of which Francis has decried in homilies? Not peace in Syria, for which he called the Church and the world to pray and fast?

But Francis doesn’t utter that sentence as a politician. He utters it as a bishop, a father and a shepherd of souls. He sees these not as political problems, but as spiritual ones: “They have been crushed by the present. You tell me: can you live crushed under the weight of the present? Without a memory of the past and without the desire to look ahead to the future by building something, a future, a family? Can you go on like this? This, to me, is the most urgent problem that the Church is facing.”

The greatest problem the Church faces, as Francis sees it, is a crisis of hope. And the pope will try to solve this spiritual problem by spiritual means. In agreement with his predecessors, Francis says, “The Church will never go beyond its task of expressing and disseminating its values, at least as long as I’m here.” Rather, he focuses on preaching the message of the incarnation.

Elsewhere, she observes, it seems like Francis is becoming relativistic. The interview reads, “everyone has his own idea of good and evil and must choose to follow the good and fight evil as he conceives them.” Sr. Anne remarks:

What the Pope is doing is expressing the fully Catholic conviction of the primacy of conscience. Our challenge, he then explains, is “to identify the material and immaterial needs of people and try to meet them.” At times, maybe a lot of times, this means not stopping at the words people use to express their needs, but perceiving the deeper, but unexpressed need. The woman who “needs” an abortion probably really needs a faithful husband; a supportive community; any number of material and immaterial goods. Her uninformed conscience might not take her that far; as Catholics we owe it to her to help her move toward the genuine stability and security she “sees as the Good.”

Here we see Francis taking a page from the playbook of St. Paul, to whom he says he feels especially close. When Paul preached on the Areopagus, he spoke in language he thought the Athenians would understand. When Francis speaks to atheists, he does the same. Whereas he spoke frankly about sin in his own life, he seems to think that reminding Scalfari that he too is a sinner is not the best course to take. He tries to model the dialogue he calls for from his fellow Christians. He asks for Scalfari’s understanding of what the highest principle is in the universe and the following exchange ensues:

Scalfari thinks they are, and the conversation goes on, but the model is clear: Francis sees himself as pursuing the truth together in conversation with Scalfari. They are not out simply to convert each other, but to build a friendship. And throughout Francis shows by example the willingness to look for the movements of God even in souls that seem closed to him:

Do you feel touched by grace?
“No one can know that. Grace is not part of consciousness, it is the amount of light in our souls, not knowledge nor reason. Even you, without knowing it, could be touched by grace.”
Without faith? A non-believer?
“Grace regards the soul.”
I do not believe in the soul.
“You do not believe in it but you have one.”
Your Holiness, you said that you have no intention of trying to convert me and I do not think you would succeed.
“We cannot know that, but I don’t have any such intention.”

This is the posture that Francis wants the Church to take with respect to the world. He recognizes that in most places serious Christianity is a minority religion, but says that Christians are called to be leaven that seeks to listen and to spread love. It sounds like Benedict XVI’s talk about “creative minorities” and John Paul II’s “the Church never imposes, she only proposes,” but in a different key.

Of course, there is much more that could be said about all the topics Francis addressed. How do we communicate the reality of sin to others, along with the reality of mercy, without appearing condemnatory? How might well-intentioned but misguided economic policies that many Catholics favor lead to the unemployment Francis decries? Perhaps future interviews and speeches will give us a sense of the Holy Father’s view of these matters.

However, Francis’ primary concern remains the traits of his namesake. He wants a poor, missionary Church and seems intent on pushing through the reforms needed to make the Vatican more evangelical and less managerial. That would bring about something of an interior conversion, and might lead to conversions from outside the Church, too. Which is precisely the intention Pope Francis has.

Nathaniel Peters is a doctoral student in theology at Boston College.