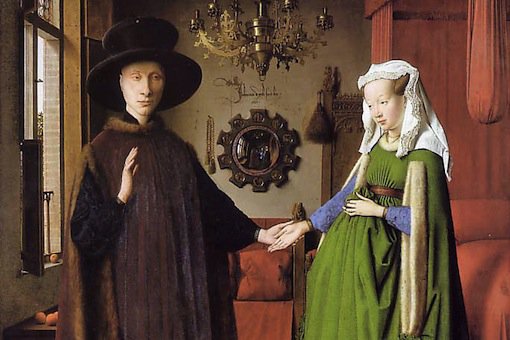 “Pray for us,” asked a classmate from our long-ago college days who is awaiting a signal from his gay son that his artificially inseminated twins are born in Thailand. Even though I knew Dan and his wife, Jan, were strong supporters of their gay son’s wishes, I was shocked by how far they would go to pursue them. Other acquaintances of the couple were as stunned as I was.

After all, Dan was a conservative, small-town Lutheran who graduated in the late fifties from our college, married Jan, attended the nearby Lutheran seminary, and served in the mission field for a number of years followed by standard parish calls. I knew him fairly well—we were in the same fraternity—though I lost track of him for many years until we wound up in Virginia, where he retired and I taught at Roanoke College. We became re-acquainted on a trip to Reformation sites in the early 2000s. He and his wife were as conservative and zealous as I had remembered them. Then everything changed. They announced that their son had come out to them as gay. Suddenly the pair became eager partisans in the struggle to change the teachings and practices of the Evangelical Lutheran Church in America. Dan argued that it was a simple matter of equal rights. Jan—with the passion of a Jewish mother—campaigned tirelessly for change, approaching church members with her ever-present rainbow scarf.

Their son married another man in a liberal church in the Raleigh area. A few years passed during which the couple evidently separated. But the son wanted children. He found that it was too expensive to manage the production of a child in the USA. So he went abroad: the eggs purchased from a donor in Georgia, an in-vitro lab and surrogate mother hired in Thailand. The in-vitro process produced eight viable embryos fertilized by the son’s sperm, six male and two female. Two male embryos were successfully implanted in the surrogate mother. The other embryos have an uncertain future. The twins are expected to be born in late February, after which the whole family will move to California to raise them in a more hospitable environment than Virginia.

How to account for such a massive override of Christian moral sensibilities by a set of serious Christians? Certainly some of it has to do with parents siding with a beloved, but perhaps indulged, son. However, there has to be more to it than that.

Their dramatic transition can be accounted for, I think, by the easy tendency to conflate modern American utilitarianism—and its attendant catalogue of individual rights—with a deficient interpretation of Christian love. Such a tendency lies behind much of the culture’s acceptance of gay marriage and the “production” of children set off by that acceptance.

In contemporary America the desire to love another sexually is increasingly accepted as long as the other consents. If that love is accompanied by commitment there is scarcely any reason to reject it. A great expansion of the good is accomplished. Love abounds. Likewise, with the production of children. People—single, married, gay, straight—desire children and there seems no reason to stand in the way of such desires, especially since we now have the technical ability to fulfill those desires to the benefit of all concerned.

Doesn’t this comport perfectly with Christian love—the obligation to contribute to the good of each and all? On the surface such consonance seems deceptively obvious. Many, many Christians are swayed by it, as those who have tried to resist the juggernaut of acceptance of gay love and marriage in the mainstream Protestant denominations have learned. All you need is love and consent.

Of course that is not the classic view of Christian love. Biblically and traditionally, sexual love has always been appropriate to form. Sexual love has been prohibited between those too dissimilar (bestiality), too close in sanguinity (incest), too disparate in age and maturity (pederasty), and too similar (homosexuality). Likewise, procreation by such pairs has not been licit. The natural triad of father, mother, and child has been normative. In other words, there have been deontological (rule-oriented) limits to the expression of love. Sexual love has to be expressed within the guidelines of divine command. It has to be governed by natural law. The end simply has not justified any means. In the long run violation of the means will have untoward effects on the end.

But how will Christians be informed by these moral teachings of the Great Tradition, especially given our culture’s headlong plunge into utilitarian notions of love? No doubt millions of individual Christians will continue to read their Bibles and know that the commandments of God prohibit such a lapse into utilitarianism. But the laity needs instruction in their churches too. What churches will pick up the challenge? The Protestant mainstream has accommodated fully to the utilitarian surge. It is up to Evangelicals, conservative Protestants, and Catholics to bear and teach the Tradition. Unfortunately, Evangelicals are fracturing and conservative Protestants generally have not accumulated an authoritative body of social teachings. As it stands now, orthodox Christians of all stripes will have to rely on the Catholic Church—with its rich tradition of natural law thinking—to provide the comprehensive moral teachings on these matters to help them offer both a churchly and public witness to moral truth. Let’s hope Pope Francis talks and teaches about them.

Robert Benne is Jordan-Trexler Professor of Religion Emeritus at Roanoke College and on the faculty of Christ School of Theology of the Institute for Lutheran Theology.