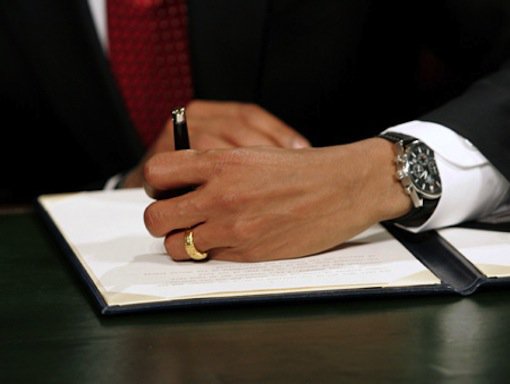 As the President prepares to pardon the White House’s Thanksgiving turkeys, it’s worth looking back to our colonial roots to ask what role mercy should play in criminal justice. When we look back at colonial-era punishments, we think of them as promiscuously bloody, far too quick to execute. But while there were many more capital crimes than today, colonial American criminal codes were much less bloody than England’s and gave much more room for mercy than do today’s.

Back in the colonial era, penalties were fixed and so nominally even less flexible than they are today. In practice, however, the rule-bound system was far more flexible than it seemed. Jurors frequently acquitted or convicted defendants on lesser offenses, and judges procured clemency for sympathetic defendants. Jurors knew the sentencing consequences of their decisions; indeed, judges advised them to take sentences into account in deciding whether to convict and for which crimes.

Juries that convicted defendants of capital crimes would sometimes add recommendations of leniency. Often, the recommendation would come from the judge, the official most knowledgeable about the case. Sometimes judges harbored residual doubts about factual guilt or legal errors and used pardons as appeals, to correct errors. The seriousness of the crime was another factor. Nonviolent property crimes were far more likely to draw pardons than violent ones such as robbery or burglary. Wrongdoers who had been violent, made threats, or pointed weapons were much less likely to receive pardons.

One of the most important grounds for pardon was the convict’s character. Character witnesses routinely testified about the defendant’s upbringing, employment, family support, sobriety, honesty, and trustworthiness. (The victim’s character was likewise relevant to how much weight his testimony merited.) The reports of gentlemen and clergy of the area carried weight, which could introduce class and local bias. But most pardons occurred without intervention by anyone but a judge; thus, plenty of poor and powerless people received mercy.

While today we exclude much of this evidence as suspect, it did cast light on the wrongdoer’s broader blameworthiness, dangerousness, and prospects for reform. The emphasis was not on formal, even blind equality before the law, but on fully textured evaluation of everything known about this particular person.

Perhaps the most interesting factor in clemency decisions was the role of remorse. Then, as now, one of the most powerful grounds for mercy was a convict’s apparent remorse and change of heart. Thus, the colonists left plenty of time between sentence and execution for repentance. They even granted postponements so condemned men could prepare to meet their Maker and perhaps earn reprieves. Convicts often feigned repentance to put off death and possibly avoid the gallows entirely. For example, one condemned man’s “present Pretensions and Desire of their Prayers, were with a View rather of being sav’d in this World than in the next.” But then, as now, officials saw through much of this fakery.

Reformers decried the dangers of arbitrariness, bias, and disparity in sentencing judges’ unfettered discretion. Thus, in recent decades, the federal and more than a third of state sentencing systems have enacted sentencing guidelines and mandatory minimum penalties to cabin harshness and mercy. The main discount available under the federal guidelines that could have related to mercy is an acceptance-of-responsibility discount. In practice, it has little to do with remorse or repentance and everything to do with whether a defendant pleads guilty.

Sustained criticism of executive clemency also gradually restricted its use, and states gradually regulated pardons and commutations, making hearings more formal, closed to the public, and even ex parte (without both sides). The clemency power, like jury nullification, came to seem lawless and unpredictable. The administrative ideal of equality across cases seemed to conflict with individualized justice and compassionate mercy. Thus, both executive clemency and jury nullification dwindled.

Today, unlike in the colonial era, jurors usually do not know the penalties, and judges instruct them to disregard sentencing in reaching their verdicts. Jurors cannot serve as the conscience of the community when they do not know what punishments they are authorizing (except in capital cases, where jurors must at least find the defendant death-eligible).

The one substantial source of leniency left is prosecutorial discretion. Prosecutors can decline to charge, drop charges, sign cooperation agreements, and recommend mercy in various other ways. Particularly sympathetic defendants may receive mercy as a result. More often, however, prosecutors use these tools as plea-bargaining chips, rewarding guilty pleas and punishing protracted litigation irrespective of the usual grounds for mercy.

This discretion hardly corresponds to the colonial model of transparent, accountable, individual moral evaluation. Unlike executives and juries, prosecutors retain discretion in part because their decisions are hidden from criticism and in part because they are supposedly making expert decisions about ranking priorities. Far from serving substantive justice and mercy, the discretion that remains in the system drives the plea-bargaining machinery—allowing prosecutors to handle cases quickly without taking account of all the facts rather than looking at the whole man in weighing a pardon. This Thanksgiving, we still have much to learn from our colonial forebears.

Stephanos Bibas, a professor of law and criminology at the University of Pennsylvania, is the author of The Machinery of Criminal Justice (Oxford 2012), on which this piece is based.