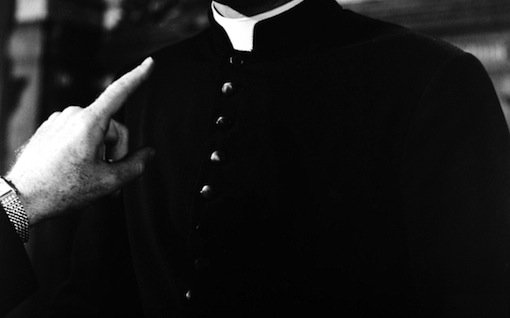 The bishops in the United States have worked very hard to make the Catholic Church the safest institution for children in the entire country. They have systematically rooted out sexual predators, suspending them from the exercise of priestly ministry. Their determination in this regard has been steadfast and their intentions should be warmly and universally applauded.

But one nagging issue surrounds the bishops’ campaign: They have often suspended from ministry priests who have been only “credibly” accused. It is precisely this standard of credibility—a dubious criterion for justice—that has continually raised concerns about the possibility of injustice toward priests. For what kind of evidence is necessary to undergird a judgment of credibility?

Perhaps the Catholic theological tradition can shed light on this question.

In the first part of the twentieth century, Catholic theologians discussed at great length the issue of the credibility of God’s revelation. To what extent, they asked, is the act of faith reliant on a prior judgment about the rational legitimacy of the Christian message? Put differently: How can we be assured that the assent of faith is an action which preserves the integrity of reason? Some theologians claimed that human reason can virtually demonstrate the truth of Christianity, while others argued that perceiving the rational credibility of the faith is only possible with divine assistance. The former were accused of rationalism; the latter were charged with arguing in a vicious circle (for if one needed divine aid to recognize the cogency of the Christian message, then how is human reason satisfied?).

My point in resurrecting this forgotten theological controversy is this: Since the word “credibility” loomed large in these discussions, how was the term understood? Roger Aubert, a prominent Louvain theologian, wrote an important book on the subject in 1945, arguing that for the great scholastics of the Middle Ages, credibility did not indicate certainty, but meant that something was able to be affirmed without harm to reason. Credibility occupied an intermediate state between evidence (which settles a question) and mere opinion (where no argument exists in favor of a thesis). To say that the Christian faith was “credible” was not to claim that its truth is evident, or even probable, but credibilis (believable, without courting irrationality). For the great Scholastics, a judgment of credibility meant that the faith was not repugnant to reason ( non repugnans ad rationem ), but had some arguments in its favor.

Today, many priests who ardently insist on their innocence are removed from ministry because an allegation against them has been deemed “credible.” These priests have not been judged guilty by demonstrable or even by probable evidence. They have been subjected to suspensions from the ministry (often lasting for years), as well as the demolition of their reputations, because of a judgment that possesses just somewhat greater strength than non-repugnance to reason. As Cardinal Avery Dulles once argued in the pages of First Things , accusations are often considered credible simply because they are not entirely groundless. This very low bar for a “credible accusation” has caused enormous difficulty for priests, exposing them to virtually any kind of allegation, and to the possibility of injustice.

Recently, a New Jersey bishop removed a priest from ministry because, as the bishop wrote to the parishioners of the deposed pastor, an accusation had surfaced (concerning an event occurring three decades ago ) that had “a semblance of truth.” The civil authorities immediately abjured involvement in the case because of the statute of limitations. Diocesan investigators, on the other hand, concluded that circumstances surrounding the allegation were “not frivolous”; consequently, the priest needed to be removed immediately from ministry.

The bishop making this judgment may indeed be constrained, as he claims, by the dictates of the Dallas Charter ( Charter for the Protection of Young People ). But pressing questions inevitably arise: How can this accused (and removed) priest possibly prove his innocence in a case more than thirty years old, one that civil authorities acknowledge has far surpassed its expiration date for justice? And can there be weaker grounds to remove a man from priestly ministry than that an accusation has “a semblance of truth” and is “not frivolous”? What can possibly be next for priests?

This New Jersey case brings to mind a well-known letter of the Emperor Trajan to Pliny, the governor of Pontus and Bithynia in the early second century. Pliny had asked the emperor’s advice as to how to proceed against those accused of practicing the Christian faith. Trajan wanted Christians persecuted, undoubtedly; but he drew the line at anonymous accusations which, he insisted, were not to be tolerated. Even with all of his evil intentions, then, the pagan Trajan maintained some sense of natural justice. Has the Church adequately maintained the standards of natural justice toward priests?

An argument may be made that it was necessary to introduce draconian methods ten years ago when the Dallas Charter was written and decades of episcopal misprision were exposed. But, as many will remember, Fr. Neuhaus and Cardinal Dulles were deeply skeptical of the Charter’s provisions from the very beginning, arguing that the “zero tolerance” approach had little grounding in the Gospel, in Catholic theology, or in reason itself.

It is true that the campaign of the American bishops to root out abuse has been successful, and, despite reservations about the process, this success can be applauded by all men of goodwill. But surely it is now time—indeed, past time—for the bishops to exercise creative leadership by establishing a council of theologians and canonists to examine the Charter in depth, ensuring that it conforms to the fundamental principles of Catholic theology and to the traditional norms of American justice.