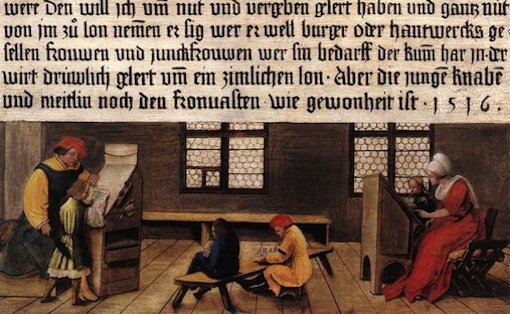 Samuel D. Rocha does not just think outside the box. When it comes to education, his thought is downright otherworldly. A Primer for Philosophy and Education , his brief introduction to the philosophy of education, is proof that educational heresy is what you get when you begin with theological orthodoxy. (Theology is a science, and education an art, but most educators get that exactly reversed by treating religion as a matter of opinion and education an application of pedagogical methods.) Rocha shows how education, the art of formation, is dependent on theology, which generates real knowledge about universal and lasting truths. His philosophical foundations are eclectic but his spiritual focus is simple and steady, never losing sight of the way in which love and knowledge must be joined together for education to be successful. This is one of the boldest treatises on education ever written by a professor of education, and one hopes that it does not derail this young scholar’s career.

Rocha begins with a description of how house painters use primer. Priming involves scraping, sanding, and washing a wall to make it ready to receive paint. Priming can be easily confused with painting itself, because the final step is painting—painting with primer. Priming makes wood receptive, not compliant. The wall still resists the paint.

Rocha goes to some length to distinguish painting from priming, and as you read him, you realize that he is describing not priming but educating. He is showing his readers how education works by describing an analogous activity. That seems like a simple and obvious thing to do, but it is central to his philosophy. Keep it simple, be honest, and make it clear—and let students discover truths for themselves by showing them how to think rather than describing what they need to know. A good educator knows how to prime a student so that the student resists education in the right way.

Education for Rocha has little—perhaps very close to nothing, actually—to do with schools and classrooms. It is always going on, constantly and indiscriminately. Its ubiquity makes it hard to describe, which is where philosophy comes in. Rocha suggests that people typically know more about philosophy than education, which is an extremely counter-intuitive claim. If he is right, then his observation shows just how poorly most people are educated. Philosophy is not about studying philosophers or the history of philosophy, though those are the tasks of a philosophy major and are an important ingredient in a “good education.” Studying a philosopher, Rocha claims, won’t tell you much about how to be a philosopher, that is, how to think philosophically. Studying education will, because education and philosophy are not just similar activities. They are the same thing, seen differently. In fact, they are nothing more than the practice of seeing things clearly.

We gain mental clarity by learning how to describe things. “Describing” and “things” are both clunky words and much overlooked in the worlds of philosophy and education, but for Rocha, they are the basic building blocks of a philosophical education. (There is no other kind of education, he seems to believe, than a philosophical one.) Description does not require a special method. It is just what happens when we attend to things with the seriousness they deserve. Learning is a matter of becoming better at describing things. Philosophy is the task of describing how we learn.

The more we become aware of what education is, the better philosophers we become, and the better we philosophize, the more we will think about education. Thus, in Rocha’s words, “If philosophers could be half as descriptive as an excellent kindergarten teacher, they would become far better philosophers.” To think about education should be the chief task of philosophy, just as teachers, all teachers, should be, or at least aim to be, philosophers. Rocha holds up Cordelia’s statement to King Lear as a model of philosophy and education: “I love you according to my bond, no more and no less.” Students need Cordelia’s simplicity and honesty, but they also need her courage, since institutional success will be at most a happy accident to the pursuit of truth. He slips truth in at the end of this short treatise, perhaps because it is a word so lofty that it can be distracting. Truth is a matter of deep understanding, of establishing personal intimacy with what we know, and thus it is hard to describe. But as we have learned, being able to describe it should be the goal of any good education.

Rocha ends his book with love, not truth, because even the most passionate learner will not settle for truth. When we realize that people know things because of the lives they have led, we are moved to love the good for its own sake and to love others as we want to be loved. We also realize that love is really all you need to know, because love is the origin of all true knowledge. To learn something is to experience a little bit of what it means to fall in love, and to think about love requires an absolute openness to learning.

Rocha’s book is strange and startling because he has managed to become a professor of the philosophy of education despite believing that learning is all about love. How could you make a graduate program, let alone an entire industry, out of that? I fear that he might end up like Cordelia, misunderstood, or perhaps understood only too well, and exiled from the kingdom of higher education. Here is how he ends his little book, which reads like a fable from another world, a world where King Lear understands Cordelia’s words and thus realizes that he loves her: “Be in love. Dwell in it, and you will surely be primed for whatever comes your way.”

Stephen H. Webb is a columnist for First Things . He is the author of Jesus Christ, Eternal God and, forthcoming, Mormon Christianity . His book on Bob Dylan is Dylan Redeemed.