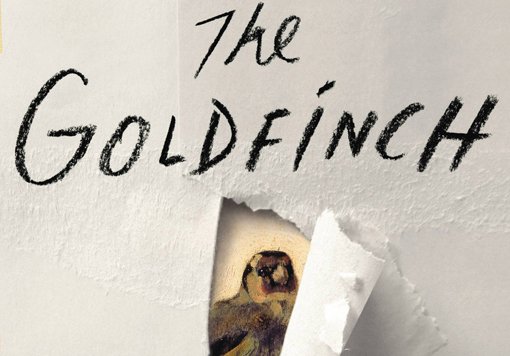 When Donna Tartt published The Secret History in 1992, many believed she would become the best American novelist of her generation. That prediction may well have come true, though not in the way most expected. For after the appearance of The Secret History —a riveting tale of murder and betrayal at an elite New England college—Tartt waited ten years before she published The Little Friend . Now, after another decade, Tartt has published her most acclaimed book yet, The Goldfinch .

Selected as Amazon’s book of the year , and beautifully written, the 800-page novel tells the story of Theo Decker and a famous painting—Carel Fabritius’ seventeenth-century masterpiece, The Goldfinch —and how Theo’s relationship with it transforms his life, for better and worse.

When we first meet Theo he is on the run, in a dingy hotel room in Amsterdam, and in a state of high anxiety, suffering from post-traumatic stress disorder. Awakened from a haunting dream, Theo is flooded with memories, and begins to narrate the traumatic events that altered his life.

On a quiet April morning, some years before, thirteen-year-old Theo was visiting the Metropolitan Museum of Art with his single mother, Audrey—a former model and art student—when a terrorist bomb explodes, killing many, including Audrey. Dazed and terrified, Theo desperately searches for her then finally resolves to leave the Museum—trusting Audrey has survived. But before he does, a dying man begs him to rescue a painting— The Goldfinch —which had been blown from its casing and lay strewn amidst the debris. The man also hands Theo a ring, mutters the names “Hobart and Blackwell,” and tells him to “ring the green bell.”

With that mysterious message, Theo manages to escape the carnage and finally reach fresh air. Expecting to reunite with his mother, he discovers, instead, her tragic death. All he is left with is the man’s ring and the precious Goldfinch stashed in his bag.

Placed in the care of a friend’s family, Theo continues to mourn: He hears his mother’s voice, sees her face, and relives her incomparable love. “Everything came alive in her company,” recalls Theo. “She cast a charmed theatrical light about her so that to see anything through her eyes was to see it in brighter colors than ordinary.”

But he is comforted by The Goldfinch , Audrey’s favorite painting, which Theo has preserved and hidden as a sacred memento. It is the simplest of paintings, and yet utterly mesmerizing: “a yellow finch, against a plain, pale ground, chained to a perch by its twig of an ankle.”

If his mother and the painting are constantly on Theo’s mind, so too is the elderly man in the museum who instructed him to take it. Theo learns that the man’s name is Welty Blackwell and that “Hobart and Blackwell” is the name of his Greenwich Village antique shop that he ran with his partner, James Hobart.

When Theo shows up to return Welty’s ring, he presses the green bell, and meets Hobart—or “Hobie” as he is known—a wonderful man who becomes a central part of Theo’s life; and the enchanting Pippa, whose uncle was Welty and with whom Theo falls in love.

Just when some kind of normalcy is returning to Theo’s life, his renegade father, Larry, shows up to reclaim him, whisking Theo away to Las Vegas, where Larry lives with his girlfriend—the erratic and pill-popping Xandra—and sinks deeper into alcoholism and gambling.

Neglected by his elders, Theo is forced to raise himself and soon befriends many questionable figures. Among them is Boris, a charming and unpredictable Ukrainian, who becomes a lifelong companion, but who often leads Theo astray. Both become drug addicts—Boris for the thrill, Theo to mask the stress he still suffers from his mother’s death.

A series of unforeseen events leads Theo back to New York and to Hobie, who hires him as an apprentice in restoring antiques. But after Theo learns the trade, he becomes a little too good at it and, unbeknownst to the saintly Hobie, defrauds a number of customers to aid the business.

In what then appears as cosmic punishment for his acts, Theo loses hold of The Goldfinch and the possibility of marrying Pippa, and is led into an international chase as he tries to retake the painting and set things right by returning it to its proper authorities. Only then does Theo realize how much art can touch a person’s soul. “It’s crazy,” Audrey had said to Theo shortly before her death, “but I’d be perfectly happy if I could sit looking at the same half dozen paintings for the rest of my life.”

The Goldfinch is about many things: the trepidations of life, love, loss and memory, and the redemptive power of art. One reason it succeeds so well is because of Tartt’s ability to make us care about her troubled characters and hope that they find strength, and even faith, in a fallen, often brutal, world.

In an essay Tartt wrote about her own faith, she affirmed: “As a novelist who happens to be a Roman Catholic, faith is vital in the process of making my work and in the reasons I am driven to make it.”

But she acknowledged a “constant tension” between her religious beliefs and secular vocation, and explained why she is so careful about combining the two. Nothing is more damaging to fiction, she wrote, than writers who try to impose their beliefs on their novels in a forced or unnatural way. Therefore, writers should “shy from asserting those convictions directly in their work.”

True to that vision, The Goldfinch remains a largely secular story, and its characters often act as if God does not exist: They live for the moment, sin boldly, and speak in profane ways. Theo himself fluctuates between nihilism and hope, and compares his plight to the chained bird in The Goldfinch , observing “what a cruel life for a little living creature—fluttering briefly, forced always to land in the same hopeless place.”

And yet, echoes of the divine can still be found throughout The Goldfinch , even within the often despondent Theo. They become apparent when Theo talks about his mother’s “visitation” to him in dreams, when Hobie speaks affectionately of the Catholic Church and the Jesuit priest who protected him as a youth, when the otherwise cynical Boris admits to being moved to tears by Biblical stories, and again when Theo opens up to the higher purpose in life, despite all its difficulties and insanities, toward the end of the novel. Tartt writes:

Something in the spirit longs for meaning—longs to believe in a world order where nothing is purposeless, where character is more than chemistry, and people are something more than a random chaos of molecules. The novel can provide this kind of synthesis in microcosm . . . of a higher, invisible order of significance.

It is rare to have a novelist offer such insights, and rarer still to have one realize those ideals. Donna Tartt’s The Goldfinch is an exceptional book that achieves just that.