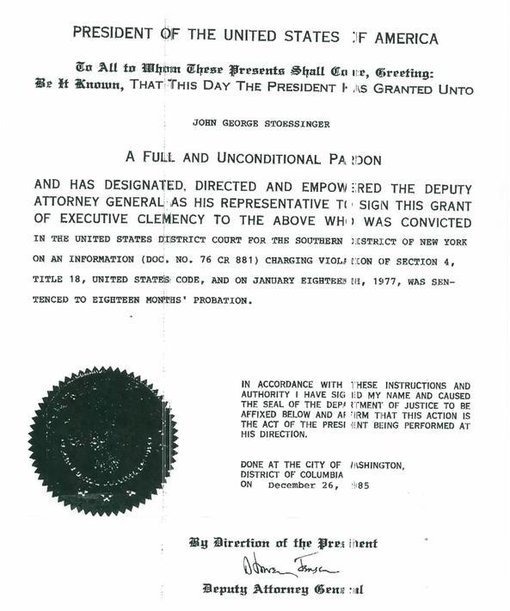 The quality of mercy is not strained.
It droppeth as the gentle rain from heaven.
— Merchant of Venice

I recently received an unexpected mercy. In the scheme of things, it wasn’t a huge deal. But I had never experienced the joy of pure gratitude as I did then.

Mercy is a long stride beyond forgiveness—encompassing the concepts of gift, undeserved compassion, and deliverance. Mercy flows from strength, not weakness, from courage as opposed to cowardice. A confident and just society doesn’t shrink from mercy. Indeed, the leaven of mercy is central to ensuring justice. That’s why governors and presidents generally have unfettered power to pardon criminals and commute their sentences.

Our leaders don’t use their power to show mercy much anymore. There isn’t a measurable political upside in releasing prisoners from lawful punishments. If the released do nothing wrong thereafter, the releaser receives no career benefit. But if a commuted criminal reoffends, woe betide the governor running for office who released him. For the ambitious politician, it is a pointless risk to take.

Pardons are generally limited to innocuous cases or reserved for the politically connected. As for commutations, with the occasional exception of a prisoner supported by a powerful political constituency, they simply don’t happen much anymore. The time has come to change direction. For the sake of our society’s moral health, we need more mercy simply for mercy’s sake.

Toward that end, I write in support of a decade-long campaign that seeks mercy for federally convicted drug felon Clarence Aaron. In 1992, while attending Southern University, the twenty-two year old Aaron was paid $1,500 to be a middleman in a large cocaine deal involving about twenty pounds of the drug, later turned to crack. Found guilty—a just verdict—he was sentenced to three mandatory life terms in prison without possibility of parole.

That means, barring mercy from the President of the United States, Aaron—now forty-three—will never be released from prison. Adding to the punishment’s undue harshness, the prime participants in the drug deal—having cut deals with prosecutors—have or soon will be released, leaving Aaron, alone among his co-conspirators, incarcerated for life.

What good will that do anyone? By all accounts, Aaron is rehabilitated. Throughout his two decades of incarceration he has been a model prisoner, getting in no trouble and improving himself through correspondence courses in religious studies, microeconomics, Spanish, and photography.

Perhaps that’s why advocates for granting Aaron mercy come from the political left, center, and right (including a series of columns in support of clemency by my wife, San Francisco Chronicle political columnist Debra J. Saunders). Aaron’s advocates don’t seek a pardon, but a commutation of his sentence to, say, twenty-five years, which would allow his eventual release.

The cause of mercy for Clarence Aaron has found friends in high places. For example, the prosecutor’s successor, U.S. Attorney Deborah J. Rhodes, wrote a letter in 2008 supporting clemency. So has U.S. District Court Judge Charles Butler, Jr., the jurist forced by federal law to throw away the proverbial key to Aaron’s cell.

The case caught the attention of the Bush White House. After first rejecting clemency, they asked for a special review by the Department of Justice. But according to information obtained by ProPublica—a non-profit organization dedicated to investigative journalism—the DOJ’s pardon attorney, Ronald Rodgers, withheld crucial information in his report, particularly failing to mention support for commutation from Rhodes and Butler.

That failure seems to have cost Aaron his release. As reported by the Washington Post in 2012:

Kenneth Lee, the lawyer who shepherded Aaron’s case on behalf of the White House, was aghast when ProPublica provided him with original statements from the judge and prosecutor to compare with Rodgers’s summary. Had he read the statements at the time, Lee said, he would have urged Bush to commute Aaron’s sentence.

Denied the full story, Bush did not act. But neither has President Obama—who doesn’t have the same excuse.

That is a real shame. As the world mourns Nelson Mandela, we remember him most warmly for his open embrace of mercy, rather than justice, for the perpetrators of apartheid. Similarly, the iconic image of an exhausted Abraham Lincoln staying up late into the night scouring military court-martial records desperately looking for an angle allowing him to pardon deserters from the firing squad inspires us still.

Christ told us that the merciful are “blessed” for “they shall receive mercy.” That principle surely applies to societies as well as individuals. It behooves us, then, to expand our hearts in this virtuous sphere. A splendid place to start would be to let Clarence Aaron go.

Wesley J. Smith is a senior fellow at the Discovery Institute’s Center on Human Exceptionalism. He also consults for the Patients Rights Council and the Center for Bioethics and Culture. His previous articles can be found here .