Whatever happened to bioethics? The decade between the cloning of Dolly the sheep and the election of Barack Obama was rife with heated public arguments about embryo research, cloning, assisted reproduction, and other matters bioethical. President George W. Bush’s first prime-time speech was about a new approach to public funding of embryonic stem-cell research. The first veto he issued, five years later, was of a bill to overturn that policy. State after state took up measures on one side or the other of the embryo question. And John Kerry’s 2004 campaign to unseat Bush featured prominent appeals on the stem-cell issue from high-profile celebrities.

Since Obama’s election, however, the bioethics battles have not been heard from much. The new president did overturn Bush’s funding policy. Since last July, the National Institutes of Health has been funding work on newly created lines of embryonic stem cells, thus providing, for the first time, a taxpayer-funded incentive for the destruction of embryos. But the new policy was not accompanied by an argument or an elucidation of its moral premises, and it has sparked almost no debate.

In fact, in announcing the policy last March, Obama denied the existence of serious moral debate about embryo destruction, insisting it was a matter for science alone. Pledging that his administration, unlike his predecessor’s, would “make scientific decisions based on facts, not ideology,” Obama signed an executive order that offered no more of a case for itself than the stark statement that “advances over the past decade in this promising scientific field have been encouraging, leading to broad agreement in the scientific community that the research should be supported by federal funds.” Since then, the administration has made no effort to draw attention to the funding, the research, or the moral debate.

Perhaps the best illustration of this avoidance of the bioethics debates has been the slow and peculiar development of Obama’s advisory commission on bioethics. Bush’s version of the commission was a high-profile and much discussed group of physicians, researchers, social scientists, humanists, and lawyers”the President’s Council on Bioethics (which both of us served as staff members). It was led first by the University of Chicago’s Leon R. Kass and then by Georgetown’s Edmund Pellegrino, prominent voices in American bioethics for decades who took leave from their other projects to manage the council’s work full-time.

Kass imbued the group’s work with his characteristically humanistic and philosophical approach to bioethical questions, seeking the deep human significance behind the heated debates of the day. And, under both chairmen, the council worked to keep key bioethical questions before the public. Members of the council were frequently at odds, and the reports they produced echoed their serious and informed disputes. The design, membership, and charge of the council made clear that Bush wanted to see the debates about bioethics amplified and elevated, not tucked away. The council, as Bush described it when he announced its creation, was to “give our nation a forum” in which to carry out those debates in a civil but unabashed way. 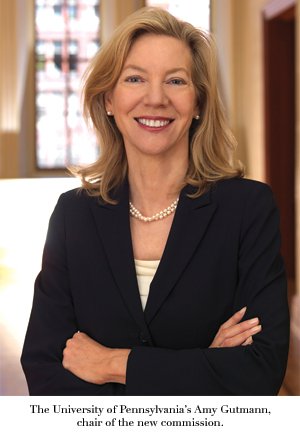 President Obama’s approach has clearly been different. For one thing, his advisory group”called the Presidential Commission for the Study of Bioethical Issues”has been long in coming. Although he announced his new stem-cell funding policy in March 2009, Obama announced the creation of an advisory commission only in November, and he waited until this April to name all of its members.

The new commission, moreover, will be led by two university presidents”its chair, Amy Gutmann, of the University of Pennsylvania, and vice chair, James Wagner, of Emory”who will not be taking leave from their regular jobs and so will have very little time to devote to the commission’s work. And although both were named when the commission was first announced five months ago, they have yet to choose their staff. In fact, the commission’s only staff at the moment are an interim director, an administrator, and a researcher, all of them holdovers from Bush’s council.

The other members, named this spring, confirm that the Obama council is designed not to highlight bioethical debates but to keep them out of sight. Conservatives worried that the commission would consist of familiar bioethical ideologues can rest mostly easy: There are only two “professional bioethicists” among the twelve members. One, Christine Grady, is a government official who now serves as acting chief of the department of bioethics at NIH’s Clinical Center. The other, Daniel Sulmasy, is a Franciscan friar, the commission’s only pro-lifer, and something of a conservative in the bioethics world.

This fact has not escaped the notice of the liberal bioethics establishment. A blogger at the American Journal of Bioethics spoke for many in those circles when she wondered, “Where are the bioethicists?”

There are, to be sure, some committed liberals on the commission”including Gutmann herself. But ideology is not the problem. The president, after all, has the right to choose advisers who share his ideological assumptions.

The problem, rather, is that the commission seems designed to keep bioethics out of the news. Its members are a far lower-profile group than those in Bush’s commission (or, for that matter, Bill Clinton’s). Its charter, which the president signed in November, repeatedly insists that the commission should focus on specific and programmatic policy questions. The president stressed the same point in the statement the White House released at the time: “This new commission will develop its recommendations through practical and policy-related analyses.”

The idea, no doubt, was to distinguish the focus of this commission’s approach from the broader and deeper approach of the Bush council, whose own charter said its foremost task was “to undertake fundamental inquiry into the human and moral significance of developments in biomedical and behavioral science and technology” and whose work (including an anthology of readings from great works of literature called Being Human and a report that reflected on the meaning of human-enhancement technologies but did not offer policy proposals) was sometimes described as too ethereal.

As its designers surely recognized, the likely effect of directing the new commission to take up narrower policy questions will be to keep it from taking up the most basic questions underlying our approach to science and technology. 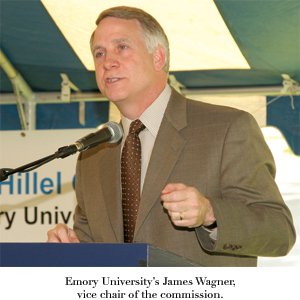 If the primary question guiding the commission is not what but how , the range of topics it may examine is constrained”as so much of bioethics in recent decades has been”to utilitarian concerns and matters of procedure. As with the president’s implicit assertion that there is no debate to be had about embryo research, the idea is to treat the basic ethical questions as closed and to relegate the questions that remain to the judgment of experts. These remaining questions involve, for instance, not whether we should pursue the destruction of nascent life for research but how; not what advances in biotechnology mean for our humanity but how they can be made available to all.

Of course, the commission’s members may not let themselves be used in this way”as silencers of fundamental ethical and philosophical debates”and there is surely room to hope that they will contribute to public understanding of some of the most vexing and important questions of the coming years. But those who want to advance such understanding, and to persuade the public of the need to defend human dignity and human life in the age of biotechnology, need to do more than hope. They need to think, and they need to act.

For all the substantial work of the Bush council, many large questions require rethinking. What has the decades-long stem-cell debate taught us about the moral integrity of our leading scientific institutions and the moral seriousness of our leading scientists? What is the relation between the looming fiscal crisis created by the coming mass geriatric society (sure to be exacerbated by Obamacare) and the complex moral questions surrounding caring with dignity for the old? And what strains will such caregiving put on the already fragile modern family? What will it mean if genetic screening becomes a typical part of in vitro fertilization? What will life be like in an era when genetic tests at every stage of life give us imperfect information about the terrible diseases we will likely suffer in the future?

This intellectual agenda needs to be accompanied by a renewed and reinvigorated political agenda: to ban all human cloning, to ban the creation of man“animal hybrids, to prohibit federal funding for embryo-destructive research, and to create a new regulatory body that monitors the safety of new reproductive techniques.

A first step, which will be launched in the coming months under the auspices of the Witherspoon Institute, is to create a shadow commission that convenes and rallies the best scientists and ethicists to think and to act. But a reinvigorated bioethics will require as well a political leader who sees the bioethics agenda as central to the defense of American civilization in the years ahead. Otherwise, we will continue down a troubling path”seeking the power to make life better but losing the moral authority to distinguish better from worse.

Eric Cohen is editor at large of the New Atlantis and the author of In the Shadow of Progress . Yuval Levin is editor of National Affairs and a fellow at the Ethics and Public Policy Center. Both served as staff members of the President’s Council on Bioethics under George W. Bush.