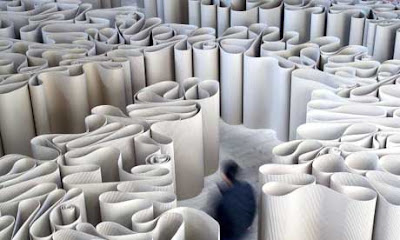 It was nearly two weeks ago  (July 16)  Betsy McCaughey first charged on the Fred Thompson radio program (reported here on July 18) that the House health care reform bill required “mandatory counseling,” about end of life treatment options.  Was the charge true?  I have stated repeatedly here and in radio interviews that it is hard to tell because the bill references other law, making it impossible to precisely pin down without those laws in front of you.  Here is how that section opens, illustrating the problem of interpretation (starting at page 424:

I rightly labeled this gobbedlygook.

When he was first asked about the allegation, the president said he was unfamiliar with the provision—proving, I guess, that he isn’t the only official who didn’t read the bill.  Today, nearly two weeks later, I heard a soundbite in which he finally made a coherent claim about the matter, stating that the provision merely allows the health care provider who counsels the seniors about end of life care to be compensated, which apparently, is not the case today.

Is that right?  It sure isn’t clear from the face of the bill and would require exploring the referenced statues I quoted above. And then there is this provision on page 428:

The Secretary shall limit the requirement for explanations under clause (i) to consultations furnished in a State—‘‘(I) in which all legal barriers have been addressed for enabling orders for life sustaining  treatment to constitute a set of medical orders respected across all care settings;

It shouldn’t be this hard to figure out.

1. Add a provision stating that the counseling is entirely voluntary—both for the patient and the medical provider. In that way, the regulations—that will be thousands of more pages—promulgated by the agencies to further the purpose of the law won’t be able to require counseling.

I am not holding my breath about these provisions being added. And it certainly would not make a horrible bill worth swallowing.  But it would put this particular controversy to rest.

There’ may be time now: The president said today that he does not expect a vote until October.  Now, we will have time to really dig into this bill and see what else might be lurking in the shadows.

HT: Dorinda Bordlee over at Bioethics Defense Fund for the second quote from the legislation in this post.
0
Print
Email
Prev Article
Next Article