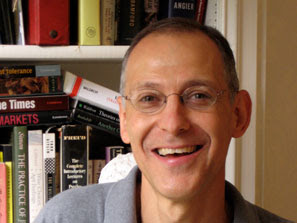 I have been doing a little reading about Dr. Ezekiel Emanuel, the head bioethicist at the NIH and brother of the president’s chief of staff.  He is a supporter of health care rationing, which is relevant to the current health care debate.  In a Lancet article earlier this year, he suggested that age be a proper method of allocating scarce resources, and indeed, stated that age based allocation is not invidious discrimination.  From his piece:

Unlike allocation by sex or race, allocation by age is not invidious discrimination; every person lives through different life stages rather than being a single age. Even if 25-year-olds receive priority over 65-year-olds, everyone who is 65 years now was previously 25 years. Treating 65-yearolds differently because of stereotypes or falsehoods would be ageist; treating them differently because they have already had more life-years is not.

He seems to be saying, be ageist, just call it something different.

Still, as I read the article closely, it was not about health care rationing in the general sense, but rather, concerned situations of extreme resource scarcity. Thus, while I think it is fair to say that Emmanuel is clearly laying the intellectual groundwork for an age-based rationing regimen, he doesn’t take the final step, writing:

Accepting the complete lives system for health care as a whole would be premature. We must first reduce waste and increase spending

Some might say that is just a hedge to avoid the heat.  And indeed, bioethicists often promote radical ideas they advocate generally by using extreme situation hypotheticals to make their intellectual points, thereby allowing them a path of retreat if the blowback becomes withering.  Still, unlike some others who have commented about this piece in the current health care reform debate, I don’t think he explicitly advocated a system of health care rationing now based on age, at least not in this particular article.

The same can’t be said of an article he wrote in the Hastings Center Report, in which he explicitly advocates rationing based on what appears to be a quality of life measurement.  From the piece:

This civic republican or deliberative democratic conception of the good provides both procedural and substantive insights for developing a just allocation of health care resources. Procedurally, it suggests the need for public forums to deliberate about which health services should be considered basic and should be socially guaranteed. Substantively, it suggests services that promote the continuation of the polity-those that ensure healthy future generations, ensure development of practical reasoning skills, and ensure full and active participation by citizens in public deliberations-are to be socially guaranteed as basic. Conversely, services provided to individuals who are irreversibly prevented from being or becoming participating citizens are not basic and should not be guaranteed. An obvious example is not guaranteeing health services to patients with dementia.

A lot of people are frightened that someone who thinks like Emanuel is at the center of an administration seeking to remake the entire health care system.  Having read these two articles, I think there is very real cause for concern.
0
Print
Email
Prev Article
Next Article