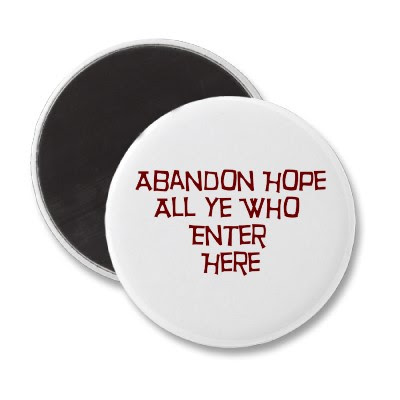 As promised, I have written more extensively about the head prosecutor in the UK decriminalizing inter-familial assisted suicide. From my piece in the current Weekly Standard:

On July 4, 1995, Myrna Lebov, age 52, committed suicide in her Manhattan apartment. The case generated national headlines when her husband, George Delury, announced that he had assisted Lebov’s suicide at her request because she was suffering the debilitations of progressive multiple sclerosis.

Delury became an instant celebrity. He was acclaimed as a dedicated husband willing to risk jail to help his beloved wife achieve her desired end. The assisted-suicide movement set up a defense fund and renewed calls for legalization. Delury made numerous television appearances and was invited to speak to a convention of the American Psychiatric Association. He signed a deal for a book, later published under the title But What If She Wants to Die?

Why bring this up now?

Had Delury acted in England or Wales today—rather than in New York in 1995—he almost surely would not have been prosecuted. Even though assisted suicide remains a crime in the U.K., newly published British guidelines have effectively decriminalized some categories of assisted suicide by instructing local prosecutors when bringing charges in such deaths is to be deemed “not in the public interest.”

Some might say that is what should have happened in the Delury case. But in that matter, truth seeped through the cracks of the compassion disinformation campaign. Perhaps because he was planning to write a book about his wife’s death, Delury had kept a diary.  Rather than revealing a depth of  love and selflessness, it instead showed vividly that Delury put Lebov out of his misery:

The diary showed that Lebov did not have an unwavering and long-stated desire to die, as Delury had claimed. Rather, as often happens with people struggling with debilitating illnesses, her mood waxed and waned. One day she would be suicidal—but the next day she was engaged in life. Delury, moreover, encouraged his wife to kill herself, or as he put it, “to decide to quit.” He researched her antidepressant medication to see if it could kill her, and when she took less than the prescribed amount, which in itself could cause depression, he stashed the surplus until he had enough for a poisonous brew.

That wasn’t all. When Delury’s book came out—after double jeopardy attached, he admitted smothering her with a plastic bag.

Now, consider the Delury/Lebov case in light of the UK decriminalization:

Thanks to the assisted suicide guidelines, potential Myrna -Lebovs in Britain are now at the mercy of future George Delurys. And those Delurys know full well that, so long as they don’t keep inculpating diaries, they will have little trouble convincing prosecutors that their motive was compassion, a claim readily believed in a society so fearful and disdainful of disability. Such are the consequences of the state prosecutor’s decision that protecting the dying and infirm from assisted suicide is no longer in the public interest.

Finally, add in a UK coroner’s inquest in the Kerrie Woolterton case concluding that doctors were right to stand by and let her die from swallowing anti freeze because she wrote a note refusing treatment, and you have a perfect storm of abandonment.