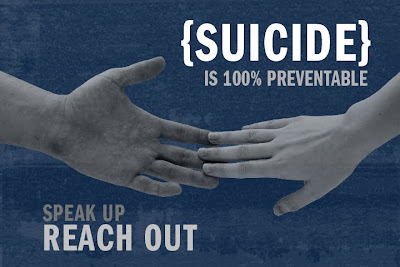 This is where suicide advocacy leads. In the UK, an aging but healthy couple have committed joint suicide—and blamed the anti assisted suicide law.  From the story:

A couple who wrote to the BBC to say they had chosen to take their own lives and criticised British laws on assisted suicides have been found dead at their home, police said last night . Dennis Milner, 83, and his wife Flora, 81, from Newbury, Berkshire, sent a letter and statement to the BBC saying they had “chosen to peacefully end our lives” to avoid “a living death”. The letter was received by the broadcaster yesterday . The couple’s bodies were discovered on Sunday, Thames Valley police said. In the note, the couple said they hoped to draw attention to the “serious human dilemma” faced by those who want to end their lives. In handwritten notes below a typed section of the letter, Dennis Milner wrote: “Arranging this so that it does not fail has been very difficult and traumatic for us. This need not and should not be the case.”

In a statement with the letter they said that they had enjoyed “a happy, loving and exciting life” and thanked the NHS for extending their lives. But they said they had “just one serious and disappointing criticism of our society “Today we have been denied what we believe to be our basic human right – to terminate our own lives, in our own home, at our own choosing, with our loved ones around us, without anyone having to face any legal possibilities or harassment,” they said. The couple’s daughter, Chrissy, told the BBC her parents were in good health but wanted to end their lives before they were unable to care for themselves.

What kind of a society are we developing when needing care is deemed a fate worse than death? This story is a warning of the zeitgeist of our times: Once the meme sinks into the public’s consciousness that suicide is a “right” and self killing is an acceptable answer to suffering—or even the fear of future suffering—then there are no lines that can be drawn and this kind of tragedy becomes inevitable.
0
Print
Email
Prev Article
Next Article