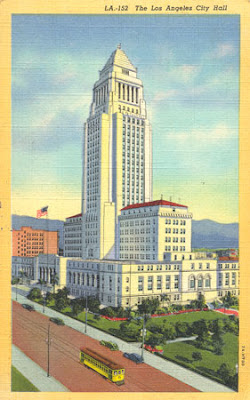 The chaos that is California’s medical marijuana “system” took another turn today as Los Angeles is on the verge of closing down most dispensaries.  From the story:

The Los Angeles City Council on Tuesday tentatively approved an ordinance to close most of the city’s medical marijuana dispensaries, winding down months of debate on how to limit the rapid spread of such clinics. The ordinance, if passed next week by a simple majority of the 15-member council, would cap the number of dispensaries at 70 and require them to be at least 1,000 feet from “sensitive uses” — schools, parks and other public gathering spots. The local law would put an end to the proliferation of pot dispensaries. As many as 1,000 have cropped up over the past few years. The ordinance would also likely force remaining clinics that comply to move to industrial areas because of the distance requirement.

Four dispensaries were open in 2005 when a local medical marijuana law was discussed by city officials — who acknowledge the ordinance won’t solve all the problems. “I think it’s a beginning point,” Councilman Ed Reyes said after Tuesday’s meeting. “We have to get control of this issue and shape a policy to make medical marijuana more accessible to those who need it.

This is a bit like the horse and the closing of the barn door.  But good luck to LA in trying to exert some control.  Of course, the real answer is for Congress to amend the Controlled Substances Act—there are no bills pending of which I am aware!—to permit cannabis to be prescribed, and then doing away with these ludicrous and anarchic state medical marijuana distribution schemes.
0
Print
Email
Prev Article
Next Article