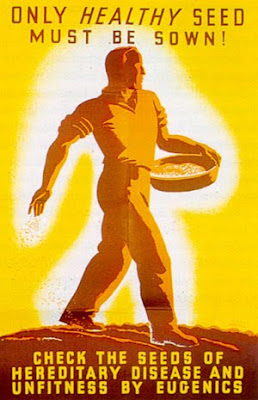 A bioethicist named Alasdair Cochrane, who is, ironically, a deep thinker at the Centre for the Study of Human Rights in the UK, argues against intrinsic human dignity as a basis for establishing bioethical policies.  He attacks various theories that promote human dignity, e.g., “as virtuous behavior,” Kantian dignity, and as species integrity.  But my concern is his denial  of human exceptionalism and denigration of the concept of “inherent moral worth.”  From his article “Undignified Bioethics” published in the journal Bioethics (link to abstract):

The second important conception of dignity that we need to consider does not see dignity as a form of behaviour, but as a property. Under this conception, the possession of dignity by humans signifies that they have an inherent moral worth. In other words, because human beings possess dignity we cannot do what we like to them, but instead have direct moral obligations towards them. Indeed, this understanding of dignity is also usually considered to serve as the grounding for human rights. As Article 1 of the Universal Declaration of Human Rights states: ‘All human beings are born free and equal in dignity and rights.’

Do you now see the stakes in the debate over human exceptionalism? Cochrane hits the nail: If humans do not have intrinsic equal moral value, the philosophical bases of the U.S. Declaration of Independence (“We hold these truths to be self evident, that all men are created equal...”) and the UN Declaration of Human Rights, are rendered impotent, and universal human rights becomes impossible to sustain. Moreover, if we deny intrinsic human dignity, we open the door to using human beings as objects and mere natural resources.  Cochrane see this:

This conception of dignity as inherent moral worth certainly seems coherent enough as an idea. Indeed, we can also see why this conception of dignity is employed in certain debates around bioethics. For if all individual human beings possess dignity, then they should not be viewed simply as resources that we can treat however we please. To take an example then, it may be that we could achieve rapid and significant progress in medical science if we were to conduct wide-ranging medical experiments on groups of human beings. However, because human beings have dignity, so it is argued, this means that they possess a particular quality that grounds certain moral obligations and rights.

Alas, that crucial matter doesn’t matter to him, because he would rather judge each individual’s characteristics rather than the inherent attributes of our species:

If all human beings possess dignity—this extraordinary moral worth—we need some explanation of what it is about the species Homo sapiens that makes them so deserving. When we start looking at particular characteristics that might ground dignity – language-use, moral action, sociality, sentience, self-consciousness, and so on – we soon see that none of these qualities are in fact possessed by each and every human. We are therefore left wondering why all human beings actually do possess dignity.

Those individuals who happen to lack those attributes have either not developed them yet (embryos, fetuses, infants), or have illnesses or disabilities that impede their expression.  But those attributes are unique to the human species, they are uniquely part of our natures. That some have not developed, or have lost, them, is irrelevant—particularly given the stakes.  Indeed, judging the moral worth of individuals returns us to the pernicious thinking of eugenics and social Darwinism.

He claims, wrongly, that only Christian religion and its concept of the soul could justify human exceptionalism, which he denies as arbitrary and “controversial.” In place of human dignity, he argues a concept of “moral status:”

Obviously, given controversies over abortion, stem cell research, genetic interventions, animal experimentation, euthanasia and so on, bioethics does need to engage in debates over which entities possess moral worth and why. But these are best conducted by using the notion of ‘moral status’ and arguing over the characteristics that warrant possession of it. Simply stipulating that all and only human beings possess this inherent moral worth because they have dignity is arbitrary and unhelpful.

Hardly arbitrary, given the consequences of rejecting it and the uniqueness of human beings as the known universe’s only moral species.  Unhelpful, perhaps—in that it would prevent fetal farming, killing for organs, using human being as lab rats, and other utilitarian horrors.  But if we want universal human rights as a primary goal of society, intrinsic dignity is absolutely essential. He concludes his essay:

I urge for an undignified bioethics.

If we have an undignified bioethics, that is precisely the way we will treat the most vulnerable and defenseless among us.  In this sense, we can see how radically bioethics is straying from true liberalism based on the ideal of universal human equality.

This is why bioethics matters.  As proposed by Cochrane, bioethicists could become court apologists for tyranny. As we have seen in history, such advocacy by the intelligentsia opens the door to the most vile evil of which  man is capable.
0
Print
Email
Prev Article
Next Article