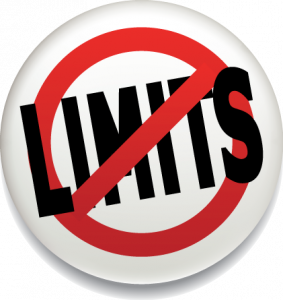 This isn’t the first time that coupling assisted suicide/euthanasia has been suggested as a potential concept, but it may be the first time it has been actively advocated.  Oxford bioethicists Julian Savulescu—for whom virtually anything goes—writing with Dominic Wilkinson argue that euthanasia coupled with organ harvesting would be a splendid way to obtain more kidneys, livers, and hearts. From “Should We Allow Organ Donation Euthanasia?” published in Bioethics (citations omitted):

It is permissible to withdraw life support from a patient with extremely poor prognosis, in the knowledge that this will certainly lead to their death, even if it would be possible to keep them alive for some time. It is permissible to remove their organs after they have died. But why should surgeons have to wait until the patient has died as a result of withdrawal of advanced life support or even simple life prolonging medical treatment? An alternative would be to anaesthetize the patient and remove organs, including the heart and lungs. Brain death would follow removal of the heart (call this Organ Donation Euthanasia (ODE)). The process of death would be less likely to be associated with suffering for the patient than death following withdrawal of LST (which is not usually accompanied by full anaesthetic doses of drugs). If there were a careful and appropriate process for selection, no patient would die who would not otherwise have died.  Organs would be more likely to be viable, since they would not have sustained a period of reduced circulation prior to retrieval. More organs would be available (for example the heart and lungs, which are currently rarely available in the setting of DCD). Patients and families could be reassured that their organs would be able to help other individuals as long as there were recipients available, and there were no contraindications to transplantation. This is not the case at present with DCD, since many patients do not die sufficiently quickly following withdrawal of LST for organ retrieval.

That has been argued before, as we have discussed here often. But the bioethicists take it even a step farther, coupling it with assisted suicide, as apparently has been done in Belgium:

If we believe that we should not remove organs from patients who are still alive, even where they have consented to this and would otherwise die anyway, then one alternative would be to euthanize the donor and retrieve organs after cardiac death had been declared. This would already be a theoretical option in countries where euthanasia is permitted. Organ donation after cardiac euthanasia has been described in a patient in Belgium. Organ donors could be given large doses of sedative, and cardioplegic agents (to stop the heart). Again, this would reduce the risk of patients suffering after withdrawal of LST and make organ donation possible for some patients who would otherwise not be able to donate. In an extreme case, they might choose to undergo euthanasia at least partly to ensure that their organs could be donated.

As you may recall from my first piece against assisted suicide, published in my innocent days before immersing myself in these issues, I suggested that eventually assisted suicide and organ donation would be tied together “as a plum to society.” I just didn’t know it had actually happened—as opposed to having been “merely” advocated.  We now learn it was done in Belgium.  I will get that article and report about it here at SHS (and perhaps elsewhere).

I have a theory: If you are a bioethicist—the more brutal your ideas, the more denigrating of human exceptionalism you become, the more crassly utilitarian direction in which your advocacy flows—the more prestigious the university that will give you a tenured chair and a big salary, and the more likely you are to get the big grants.  Think, Peter Singer and personhood theory/infanticide/Great Ape Project and Princeton and, as here, Jullian Savulescu and Oxford.  Interestingly, both are Australian, so perhaps a pleasing accent is part of the mix. In any event, this article not only supports my theory, but proves another point I often make—if you want to see what is going to go wrong in society tomorrow, just read the professional journal articles published today
0
Print
Email
Prev Article
Next Article