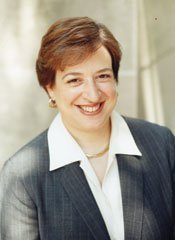 Sometimes, even things that are obviously true need to be underscored, and brought home. Here is one such thing: Elections matter. And, the election of President Obama has turned out to matter a great deal for the future decisions and direction of the Supreme Court.

Solicitor General Kagan is, according to every report I’ve ever heard, a generous, thoughtful, and decent person. She was a very successful dean at Harvard Law School. She will almost certainly be confirmed. Yes, she will be asked—and should be asked—straightforward and tough-but-fair questions about her views, her record, and her understanding of the judicial role. (Indeed, she is on record as believing that senators should ask such questions, and expect answers to them.) Many Republican senators will vote “no”, if only to register a protest against the shameful way Justice Alito’s nomination was treated by their Democratic colleagues. But, she will be confirmed. And she will probably serve on the Court for more than twenty years.

No one should think that this nomination is inconsequential. Some commentators have suggested that it will change little—that the Court’s “balance” will stay the same—because the President is simply replacing one “liberal” justice (Justice Stevens) with another. This is not the right way to view the matter, though. With the confirmation of Justice Sotomayor, and now with this nomination, President Obama is entrenching (as any President would want to do) on the Court a particular approach—his approach—to constitutional interpretation. A “conservative”, attached to a different approach, may someday win back the White House, but he or she will probably have to settle for playing defense with his or her Supreme Court selections.

With his second Supreme Court pick—and, to be clear, he will almost certainly have more—President Obama is on the way to having had more influence over the Court than any President since Reagan, and perhaps even Roosevelt. Future elections might undo some of the President’s policies, but his views about the Constitution, the powers of the national government, and the role of unelected federal judges, are now being locked in securely on the Court. Again, elections matter.

Rick Garnett is professor of law at the University of Notre Dame.