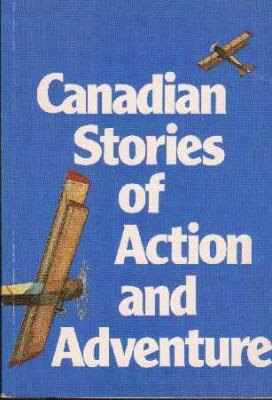 I really like Canada and Canadians. (In fact, I am going there next week.) Alas, the vaunted Canadian health care system is sinking in a red ink sea and may be ultimately unsustainable.  From the story:

Pressured by an aging population and the need to rein in budget deficits, Canada’s provinces are taking tough measures to curb healthcare costs, a trend that could erode the principles of the popular state-funded system.  Ontario, Canada’s most populous province, kicked off a fierce battle with drug companies and pharmacies when it said earlier this year it would halve generic drug prices and eliminate “incentive fees” to generic drug manufacturers. British Columbia is replacing block grants to hospitals with fee-for-procedure payments and Quebec has a new flat health tax and a proposal for payments on each medical visit — an idea that critics say is an illegal user fee. And a few provinces are also experimenting with private funding for procedures such as hip, knee and cataract surgery.

It’s likely just a start as the provinces, responsible for delivering healthcare, cope with the demands of a retiring baby-boom generation. Official figures show that senior citizens will make up 25 percent of the population by 2036. “There’s got to be some change to the status quo whether it happens in three years or 10 years,” said Derek Burleton, senior economist at Toronto-Dominion Bank. We can’t continually see health spending growing above and beyond the growth rate in the economy because, at some point, it means crowding out of all the other government services. At some stage we’re going to hit a breaking point.”

Canada doesn’t generally allow private paid care, which is why many Canadians resort to escaping their handcuffs by crossing the southern border to get otherwise unobtainable/rationed or long awaited care here—including the Premier of Newfoundland.

I once thought the Canadian system was a model for the USA. That certainty began to crack several years ago whilst in Toronto, when I saw a surprising headline in the Globe and Mail reporting that 900,000 Ontario residents couldn’t find a doctor because underpaid and overworked physicians weren’t taking new patients.  As I have paid closer attention, I came to understand that centralized control leads to more bureaucracy, explicit rationing, and ultimately, less access to the optimal care.

Alas, the best approach seems to be a mix of private and public—emphasis on the private—with check and balances against profiteering at patient expense, such as access to the courts and patient-friendly regulation and protective regulators.  (This combination would be reversed under Obamacare.)  We also need price competition at the provider level and health savings accounts to people can buy high deductible catastrophic policies.   But it is a tough nut, no question.
0
Print
Email
Prev Article
Next Article