1. The Scientific Difference Between a Yuppie and a Hippie

On the distinction between yuppies and hippies: Individual differences in prediction biases for planning future tasks.

“The present study investigated variables related to errors in predicting when tasks will be completed. Participants (N = 184) responded to the Time Structure Questionnaire (TSQ; Jones, Banicky, Pomare, & Lasane, 1999) and Temporal Orientation Scale (TOS; Bond & Feather, 1988) and predicted when they would complete either a desirable or undesirable task. Factor analysis of the TSQ and TOS identified two factors: yuppie traits, which involved being hard-working and goal-oriented, and hippie traits that reflected “living for the moment”. Overall, individuals tended to underestimate when they would complete both tasks. However, for the undesirable task, yuppie traits corresponded with less prediction bias whereas hippie traits were associated with greater bias.”

3. Belly-buttons key to success in sport

Scientists have found the reason why blacks dominate on the running track and whites in the swimming pool: it’s in their belly-buttons, a study published Monday shows.

What’s important is not whether an athlete has an innie or an outie but where his or her navel is in relation to the rest of the body, says the study published in the International Journal of Design and Nature and Ecodynamics.

The navel is the center of gravity of the body, and given two runners or swimmers of the same height, one black and one white, “what matters is not total height but the position of the belly-button, or center of gravity,” Duke University professor Andre Bejan, the lead author of the study, told AFP.

5. Is Jousting the Next Extreme Sport?

Over time, modern jousters have learned the lessons of their medieval predecessors — plate armor protects better than chain mail, and more armor protects better than less. Even so, there are still plenty of injuries: concussions and dislocated shoulders, broken hands, assorted fractures and gashes. In one much-talked-about incident a few years ago, the Australian jouster Rod Walker suffered a partly severed penis when a lance veered south during a match at a Renaissance fair in Michigan — a targeting failure that might not have happened if both he and his opponent hadn’t been competing with broken hands.

6. Weird News of the Week (Part I): Car Full of Zombies Confuses Paramedics


A car full of people dressed as zombies crashed on Interstate 84 near downtown Portland on Friday, causing initial confusion by people who witnessed the crash . . . .

Sgt. Greg Stewart said people who witnessed the crash initially thought the victims’ injuries were much more serious, because of the zombie costumes.

“We’re glad that everyone is alive, despite being ‘undead’,” Sgt. Stewart said, referring to the costumes.

8. Quote of the Week: “Email is frozen conversation.” - Virginia Postrel

A tiny clay fragment - dating from the 14th century B.C.E. - that was found in excavations outside Jerusalem’s Old City walls contains the oldest written document ever found in Jerusalem, say researchers at the Hebrew University of Jerusalem. The find, believed to be part of a tablet from a royal archives, further testifies to the importance of Jerusalem as a major city in the Late Bronze Age, long before its conquest by King David, they say.

Wives spend 7,920 minutes a year nagging their husbands about household chores, their drinking and their health.

This equals two-and-a-half hours of earbashing each week - which totals 11 hours a month or five-and-a-half days a year.

A study of more than 3,000 people carried out by health campaign group Everyman concluded the most common subject women nagged their partners about was not helping to tidy the home. 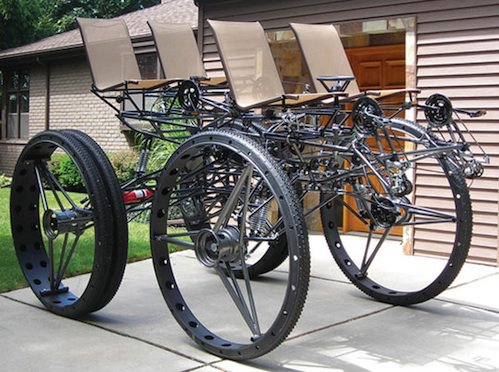 13. How Liberal Do You Think You Are?

A new paper by James Rockey finds “that somehow voters consistently misperceive where they lie on the ideological spectrum.” More-educated people, for example, “believe themselves to be more left-wing than their actual beliefs on a substantive issue might suggest.”

The Chinese do more text messaging than anybody else in the world, perhaps because it is an inexpensive way to communicate and because the Chinese language can squeeze a lot of information into a small space. (One example is a single character, pronounced “zha,” which means the red dots that appear on your nose when you are drunk.)

16. Infographic of the Week: Hierarchy of Beards

An amateur treasure hunter armed with a metal detector has found over 52,000 Roman coins worth $1 million buried in field, one of the largest ever such finds in the UK, said the British Museum . . . .

The hoard contains 766 coins bearing an image of the Roman general Marcus Aurelius Carausius, who ruled Britain independently from AD 286 to AD 293 and was the first Roman emperor to strike coins in Britain.

19. Is Time Disappearing from the Universe?

Remember a little thing called the space-time continuum? Well what if the time part of the equation was literally running out? New evidence is suggesting that time is slowly disappearing from our universe, and will one day vanish completely. This radical theory may explain a cosmological mystery that has baffled scientists for years.

20. A Time Lapse Video of Braces in Action

21. If You Don’t Want Your Car Stolen, Make It Pink

New research from the Netherlands finds that thieves are less likely to steal brightly colored cars because of their lower resale value. If you really want to ensure your car isn’t stolen, go pink.

23. A Scientist Takes On Gravity

For me gravity doesn’t exist,” said Dr. Verlinde, who was recently in the United States to explain himself. Not that he can’t fall down, but Dr. Verlinde is among a number of physicists who say that science has been looking at gravity the wrong way and that there is something more basic, from which gravity “emerges,” the way stock markets emerge from the collective behavior of individual investors or that elasticity emerges from the mechanics of atoms. [ . . . ]

Dr. Verlinde’s argument turns on something you could call the “bad hair day” theory of gravity.

It goes something like this: your hair frizzles in the heat and humidity, because there are more ways for your hair to be curled than to be straight, and nature likes options. So it takes a force to pull hair straight and eliminate nature’s options. Forget curved space or the spooky attraction at a distance described by Isaac Newton’s equations well enough to let us navigate the rings of Saturn, the force we call gravity is simply a byproduct of nature’s propensity to maximize disorder.

24. 10 Things You Need to Know about Indian Reservation Gambling

25. Top 10 Ways To Know You’re Likely To Hear Something Anti—Catholic

26. The 50 Most Influential Rabbis in America

28. Can You Solve Einstein’s Intelligence Quiz?

31. Dane Ortlund on “Defending Truth or Yourself?”

The apostle [Paul] was a boy scout with his language compared to Ezekiel.

The culture in which we live certainly devalues objective truth. I cringe at the thought of truth-whittling Kumbaya-singing hand-holding Rodney King-echoing creed-demoting confession-neglecting lowest-common-denominator fluff. That’s about as attractive to me as Dennis Rodman in high heels and lipstick.

Paul said that if we have all knowledge and all faith but lack love, we are nothing. What if we made every blog comment mindful of that?

33. Nikola Tesla’s Life in Under 3 Minutes