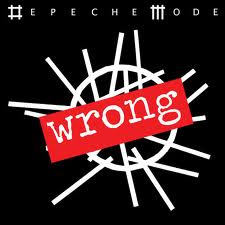 The Australian euthanasia debate has heated up, with Western Australia rejecting an active euthanasia bill, but legalization bills introduced in South Australia, New South Wales, and soon, Tazmania, among other places.  The death movement is being fronted Down Under by the Greens, who see it simplistically as an issue of “choice,” regardless of the consequences to the vulnerable and the truth that it causes the end of choice because there is no changing one’s mind.

As I have discussed here before, the proposals broad and elastic, the “guidelines” mostly ephemeral, apparently designed more to give the appearance of close control—not that even they would followed, given the history of the Netherlands and Belgium.  But even these restrictions are too strict for the primary Australian advocate of euthanasia, Philip Nitschke. As recounted in a friendly interview for a Green publication, he once again demonstrates that he considers being made dead a human right—which means it should be available to all competent comers, not just some.  From the article:

The current debate focuses on the rights of terminally ill people, but Nitschke said there is also a bigger human rights issue at stake. “People say to me increasingly: ‘I make the decision about whether I live or die, it’s not up to other people and I want to know that I’ve got that choice’. Exit International is increasingly moving towards making sure every elderly person has that option, and sickness is really not a necessary criteria. “These days I don’t question people that come along who are of sound mind and over a certain age and say they want to die — I think they should have the wherewithal to take that step. We shouldn’t be trying to set some arbitrary standards that satisfy us, it should be left entirely to the decision of the individual.  “That’s become something I’m quite passionate about and as we have this great number of aging baby-boomers getting into their twilight years, I can see it becoming a cutting edge social issue.”

It is shameful that the Greens, of all parties, are so hot for euthanasia. I remember when the political left—the one of which I was a part—cared most about protecting the lives of vulnerable people and promoting universal human equality. Now it abandons both causes in advocating for euthanasia.

I am a former liberal (I guess).  But here’s a notable American political leftist, Robert P. Jones, who agrees that euthanasia is illiberal. From my review of his book, Liberalism’s Troubled Search for Equality:

Jones contends that assisted suicide, whatever its liberty claim, profoundly violates the superseding liberal principle that all lives are to be equally protected, since some suicidal persons will receive facilitation,and others prevention, some better care than others, some could be coerced through economic circumstances into not being a “burden,” etc. This being so, and since equality trumps liberty whenever they conflict [according to Ronald Dworkin], Jones argues that assisted suicide should not be legalized—much less made a constitutional right—particularly given the profound social inequalities faced by the seriously ill, the elderly, and people with disabilities....

Jones’ logically argued and precisely aimed brief against assisted suicide from a liberal philosophical perspective—no call to respect the sanctity of human life here—is a distinct service to the broader debate. He proves to anyone with eyes to read that legalizing assisted suicide would be decidedly illiberal and would be an exercise in crass solipsism. As Jones notes in his conclusion:


If liberals could summon the moral vision, integrity, and political will to forego, even temporarily, a liberty for the privileged that is costly to the already disadvantaged, this act would communicate a sincere commitment to equal concern and social solidarity. Failing to make these connections is tantamount to claiming that, in these circumstances, the lives of the disadvantaged matter less, and that position is one that no true egalitarian can tolerate.

So true. But, in my experience, committed assisted-suicide advocates, unlike the author, aren’t much interested in bringing about an ideal liberal and egalitarian society. Rather, theirs is an agenda of the privileged pursued mostly by single-minded advocates who want what they want—the right to die in the time, manner, and method of their own choosing. In achieving this goal, they don’t much care who gets hurt.

Liberalism has euthanized the better angels of its own nature in its pursuit of the death by prescription agenda, of which Nitchke is the most candid spokesperson.  But there are still liberals like Jones who do not swallow the hemlock.  Let’s hope the Joneses of the Left prevail.  The morality of liberalism and the lives of people experiencing difficult circumstances both are on the line.
0
Print
Email
Prev Article
Next Article