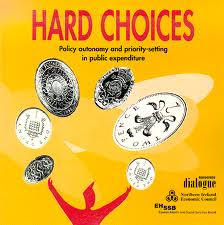 I favor government funding of medical research.  But that comes with a price—those with political power tend to gain more support than those without—even if the needs of the politically unconnected are more pressing than that of those with clout.

I bring this up because of a piece in the NYT’s today by former Supreme Court Justice Sandra Day O’Connor and two others about the need to increase research into the cause of Alzheimer’s.  (I believe O’Connor’s husband has Alzheimer’s and that she resigned to provide him care.) Their thesis is that finding a cause and efficacious treatments for Alzheimer’s—which killed my uncle—are urgent societal tasks, both for humanitarian reasons and because of the cost of caring for demented people. From “The Age of Alzheimer’s:”

Starting on Jan. 1, our 79-million-strong baby boom generation will be turning 65 at the rate of one every eight seconds. That means more than 10,000 people per day, or more than four million per year, for the next 19 years facing an increased risk of Alzheimer’s. Although the symptoms of this disease and other forms of dementia seldom appear before middle age, the likelihood of their appearance doubles every five years after age 65. Among people over 85 (the fastest-growing segment of the American population), dementia afflicts one in two. It is estimated that 13.5 million Americans will be stricken with Alzheimer’s by 2050 — up from five million today.

They are right, of course.  But we are also broke. That means we have to establish priorities, which is not our forte.  We want it all and we want it all now.

I found this information column quite stunning:

In the mid-1980s, when our country finally made a commitment to fight AIDS, it took roughly 10 years of sustained investment (and about $10 billion) to create the antiretroviral therapies that made AIDS a manageable disease. These medicines also added $1.4 trillion to the American economy. The National Institutes of Health still spend about $3 billion a year on AIDS research, while Alzheimer’s, with five times as many victims, receives a mere $469 million.

Raw political clout is the primary reason for this rather astonishing funding disparity.  The AIDS community, when that dread disease appeared, admirably grabbed the powers that be by their political throats and shook the money from the tree (to mix my metaphors) by arguing that AIDS was a both civil rights issue as well as one of public health.

But Alzheimer’s victims do not have the same access to the levers of political power—particular the entertainment industry axis—and its victims are primarily elderly in a culture that worships youth and increasingly holds utilitarian views.  Hence, even though Alzheimer’s potential impact on overall society is far higher than that of AIDS—its research funding is only about 15% of AIDS research, this despite its far higher incidence.  I would also note that AIDS is almost entirely preventable with behavioral restraint.  Not so Alzheimer’s.

Obviously, in an ideal world, research into the causes and treatments of both—and many other—dread diseases would flow bounteously. But that isn’t possible.  We live in an era of severe resource limits, in a country sinking in debt. We have to prioritize where our limited research dollars are spent.

Doing that justly will require that we somehow remove politics to the greatest degree possible from our funding decisions, and that means being willing to gore some very powerful political oxen.  How to do that, of course, is a puzzlement.  How do we set research priorities? By age and potential productivity of those primarily afflicted? By the likely cost of finding beneficial treatments and the utilitarian benefit to society? By the amount of suffering caused by the affliction?  Indeed, how do we boost one area of research, when it comes at the price of diminishing another?

We had better figure it out. Because we can’t do it all.  And the Alzheimer’s tsunami is coming.

Of course, we could just not care for (meaning kill) Alzheimer’s (and other) patients when they reach a certain stage and thereby substantially eliminate the problem, as some have proposed.  In an age of personhood theory and utilitarian relativism, there are, alas, some who would think it right to do just that.
0
Print
Email
Prev Article
Next Article