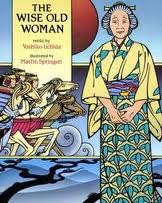 This is disgusting. CBSLA News has glorified an elderly woman selling suicide kits as “death with dignity.” From “91-Year-Old Grandma Sells Suicide Kits To Help Terminally Ill Die With Dignity”:

Meet Sharlotte. Like a lot of grandmothers, she likes to keep busy. But while some grannies sit and knit scarves and afghans, this 91-year-old has a decidedly different hobby.  She makes suicide masks... Sharlotte, who sells her controversial kits for $60, demonstrated how they work in front of our cameras. “To die with this helium just takes you a couple of minutes and [you] die peacefully,” said Sharlotte, who only wants to be identified by her first name.

But Wesley, the sweet old dear just wants to help the dying for whom nothing else can be done to alleviate suffering. Wrong:

Opponents to changing the law point to one of Sharlotte’s clients, a 29-year-old Oregon native. He wasn’t suffering from a terminal illness. He opted out because he was tired of dealing with his chronic depression. His suicide touched off a major controversy. And now, a group called Californians Against Assisted Suicide wants to stop Sharlotte and her masks. She is not deterred. “Whatever a person wants to do with their life,” she says, “is their right. They need the right to make that decision.”

This is the real face of assisted suicide ideology.

Shame on CBSLA for depicting the woman as a sweet eccentric rather than a cold moral accomplice to killing.  Don’t tell me the media and organs of popular culture don’t push suicide.  Because in story after story, and TV show after TV show, they do.
0
Print
Email
Prev Article
Next Article