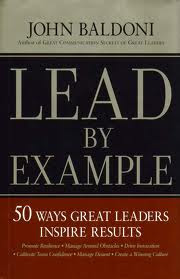 Art Caplan—very pro choice—has an interesting article out warning against fetal testing technologies that can lead to sex selection and other eugenic pregnancy terminations.  The context is a story in which sex can be determined in a blood test of the pregnant mother. From “Fetal Genetic Testing: A Troubling Technology:”

This new cheaper, safer and quicker form of sex selection is likely to become a modest business in the U.S. and a big business in India, China and other parts of the world. Should genetic testing — in combination with abortion — purely for sex selection be part of medicine? Is it ethical to end a pregnancy because you don’t want a girl? The answer to both questions is “no.” Being male or female is not a disease or a disorder. Wanting a boy is a preference, but it is not one that justifies ending a pregnancy.  But ending a pregnancy because you don’t want a girl may be legal in the U.S., but that does not make it an ethical choice. As hard as it may be for some people to comprehend, there can be good and bad reasons to end a pregnancy. Gender preference is a bad reason. That said, ethical arguments may not win the day. I predict early fetal testing for sex selection will spread around the world quickly because there is an abundance of preference for sons and plenty of money to be made indulging it.

Here’s the thing: We can and should regulate IVF and do our best to prevent eugenic abortion.  But the law can only do so much.

Caplan and I don’t agree on a lot, outside of the ethics of organ donation in which we are generally of one accord.  But we agree about this:

We are used to the abortion clinic serving as ground zero in the battle over abortion. That may not be true for long. The combination of fetal testing very early in pregnancy and abortions that can be caused by a pill mean that the future battleground over abortion will be a woman’s conscience.

Yup. So those who oppose the emerging brave new world, by all means advocate for proper laws and regulations.  If you are asked by friends to advise them on these issues, help them to make the moral decision that is consistent with human exceptionalism.  But also lead by example.  Our goal should be a society in which laws proscribing sex selection or buying organs from China are not really necessary.  In the end, that takes people doing the right thing regardless of whether doing wrong is legal.
0
Print
Email
Prev Article
Next Article