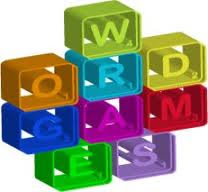 Definitions matter.  That point hit me hard as I read an article that wants doctors to be given the right to stop treatment from a man diagnosed to be in a persistent unconscious condition.  From “When Family and Doctors Disagree on When to End life.”

Hold on: Bad title! Doctors shouldn’t “end life.”  They can ethically withdraw treatment in some circumstances, which can result in death.  But that isn’t the same thing.

Where were we?  Oh, yes: From the column by Hilary Young in The Star:

In 2010, Hassan Rasouli had surgery to remove a brain tumour. Unfortunately, there were complications and his doctors say Rasouli is now in a permanent vegetative state. According to them, he will never regain consciousness or be able to survive without the help of a machine that breathes for him. They think it’s medically inappropriate to keep him on a ventilator and want it turned off. His physician wife, however, disagrees with the diagnosis and still hopes for a miracle. Unable to agree whether to “pull the plug,” the wife and doctors went to court.

Let’s translate. Doctors believe that Mr. Rasouli’s treatment should come to an end because of their judgment about the quality of his life. They believe his treatment isn’t worth the money or their time, that is, they want to impose their values on their patient and his family.

If they succeed, it will be the patient that has been declared inappropriate.  Redefining the term “medically inappropriate” from treatment that doesn’t work—say laetrile for cancer or antibiotics for a viral infection—to include treatment that does work but doctors don’t want to privide is meant to mask the hard truth of what is being advocated behind euphemism.  But that’s how the culture of death advances—through word games.
0
Print
Email
Prev Article
Next Article