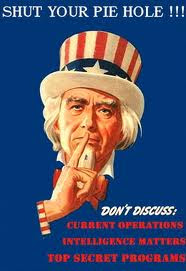 Scientists have mutated a bird flu virus—which I call the Armageddon flu because it has a 50% lethality rate in humans and would be highly infectious through airborne transmission.  Reckless, to say the least—as we have discussed here. But the scientists also want to publish their work, which could result in terrorists learning how to create a worldwide pandemic.  Idiotic!  Now the WHO has weighed in for tight controls on the information.  From the Reuters story:

The World Health Organization issued a stern warning on Friday to scientists who have engineered a highly pathogenic form of the deadly H5N1 bird flu virus, saying their work carries significant risks and must be tightly controlled.  The United Nations health body said it was “deeply concerned about the potential negative consequences” of work by two leading flu research teams who this month said they had found ways to make H5N1 into a easily transmissable form capable of causing lethal human pandemics.

The work by the teams, one in The Netherlands and one in the United States, has already prompted an unprecedented censorship call from U.S. security advisers who fear that publishing details of the research could give potential attackers the know-how to make a bioterror weapon. The U.S. National Science Advisory Board for Biosecurity has asked two journals that want to publish the work to make only redacted versions of studies available, a request to which the journal editors and many leading scientists object.

What a toxic mixture of hubris and complacency.  How can such smart people be so lacking in basic common sense?

We already have a framework in nuclear science. From the CBS story:

Scientists who work in nuclear physics are often unable to publish their work, for security reasons. But in most areas of science, the paradigm is that if researchers find something or achieve a goal, they must publish how they did the work so that others can try to replicate it and build on it, deterring fraud and ensuring advancement.

But this isn’t “most situations.” The knowledge of how to mutate the bird flu virus so that it became highly contagious is as dangerous as publicly discussing the details of making a nuclear bomb or other weapon.

So, censor the work in public, just as we already do in nuclear physics, and continue any further experiments and knowledge sharing under conditions where all are legally bound to secrecy.  That isn’t anti science. It is pro public safety. The last thing we need is for a crazy anti humanist, or Jihadists to learn the how to mutate bird flu into a virulent human killer.
0
Print
Email
Prev Article
Next Article