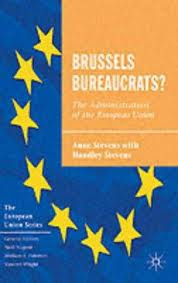 Have you noticed that this entire Obama anti Free Exercise of Religion brouhaha is occurring outside of direct representative governance where the people can actually exert some sway?  It is a regulatory requirement that was never part of the original Obamacare bill.  Indeed, there would seem to be no question that if such an anti Catholic provision were actually put in a statute, it would fail, fail, fail.  That’s why the Obamacarians left most things up to the bureaucracy.  It allows them to deconstruct freedom and assume unwarranted powers through bureaucratic fiat that is very difficult to prevent.

And now we learn that for all the president’s assurances about respecting religion and taking a different course were false as the Final Rule that was published about free birth control was not changed.  From The Corner:

Prefaced by 17 pages of the kind of rhetorical squid ink that President Obama defensively deployed at his press conference, the words that have the force of law appear on pages 18 to 20. That’s where the actual amendments to the Code of Federal Regulations are made by three departments — Treasury, Labor, and Health and Human Services — that Congress previously granted joint oversight of employer health plans.

The bottom line is this: “Accordingly, the amendment to the interim final rule with comment period amending 45 CFR 147.130(a)(1)(iv) which was published in the Federal Register at 76 FR 46621-46626 on August 3, 2011, is adopted as a final rule without change.” [Emphasis added.] Translation: The Obama administration Friday afternoon put into federal law the very regulation that drew objections from almost 200 Catholic bishops, some 50 religiously affiliated colleges and universities, 65 North American bishops of Orthodox churches, numerous other Jewish, Evangelical and Lutheran leaders, and even some liberals — and without changing so much as a comma.

From this point forward, any changes to this regulation have to go through the formal regulatory process all over again. The administration admits as much in the preamble to these regulations when it states that Treasury, Labor, and HHS “plan to initiate a rulemaking to require issuers to offer insurance without contraception coverage to such an employer (or plan sponsor) and simultaneously to offer contraceptive coverage directly to the employer’s plan participants (and their beneficiaries) who desire it, with no cost-sharing. Under this approach, the Departments will also require that, in this circumstance, there be no charge for the contraceptive coverage.” Thus, instead of delaying final regulations until they could be revised to reflect the prospective changes President Obama outlined Friday, the administration went ahead and locked into regulation its original position, accompanied by a (non-binding) promise to revisit the issue.

This means we wont see the changes until after the election, and who knows if a change will happen at all?

Remember, what they say doesn’t count.  What matters is the text of the regulation.  Obama will pretend he’s taken a step back—which itself wasn’t a step back—and renew his assault on religious freedom after he is reelected and has no more impediments to transforming the USA into an entitlement state.

I believe that even more than increasing access to health insurance, seizing power was the primary point of Obamacare: Centralized control and the ability to use health care as the cudgel to smash the principles of  limited government.  In other words, the USA is on a course that will transform us into rule by the same kind of unaccountable bureaucrats that afflicts the EU from Brussels.
0
Print
Email
Prev Article
Next Article