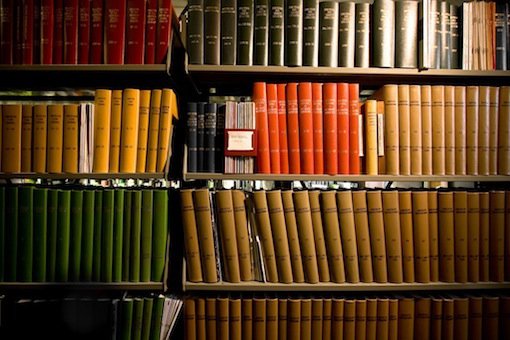 On Wednesday, the Academy of Arts and Sciences published its report on the state and value of the humanities and social sciences. The “Commission on the Humanities and Social Sciences,” as it is called, was formed two years ago in response to Congress’s request to know how “to maintain national excellence in humanities and social scientific scholarship and education, and to achieve long-term national goals for our intellectual and economic well-being; for a stronger, more vibrant civil society; and for the success of cultural diplomacy in the 21st century.”

The report and accompanying video offer two justifications for the humanities, followed by a number of goals. The humanities are important, first, because they teach students to be “creative” and “adaptable” and to espouse a “critical perspective.” Second, the humanities “help us to understand what it means to be human.”

The goals are laudable, though vague at times and saddled with a bit too much mind-numbing jargon. They might also raise a few questions. To give an example, the report suggests that Congress should encourage the humanities and social sciences to engage in a “Grand Challenge,” such as “provision of clean air and water, food, health, energy, and universal education.” Those challenges have a particular political bent, do they not? One might ask the same question about the report’s encouragement of Congress to start a “Culture Corps.”

But what interest me are the two justifications for the value of the humanities. The first resonates with the mechanistic, materialistic Puritanism of our age. Following the Sophists, it suggests that studying the humanities helps one achieve vocational success. This might be true, but it has never been the strongest defense of the humanities qua humanities.

(On a side note, the defense of the value of the humanities in the report is also oddly militaristic. Studies in the humanities, the report argues, will make: “Experts in national security, equipped with the cultural understanding, knowledge of social dynamics, and language proficiency to lead our foreign service and military through complex global conflicts.” And: “As we strive to create a more civil public discourse, a more adaptable and creative workforce, and a more secure nation, the humanities and social sciences are the heart of the matter, the keeper of the republic.” Part of this is probably due to the charge received from Congress, or maybe it is part of an effort to win over certain conservatives, but whatever the motive, I’m sure there could have been a better way to put this.)

The second defense of the humanities, however, has a long tradition in the West and is a stronger account of the value of the humanities. In his “On Liberal and Vocational Studies,” for example, Seneca argues that the liberal arts prepare “the ground” for virtue in a young man. He does not say “teach” virtue because, after all, many unlearned people are highly virtuous and many widely read people are evil, but liberal studies should, at least, show us who we are, how to love “my country, my wife, my father,” and how small we are with respect to the universe. Seneca acknowledges, furthermore, that the pursuit of wisdom and virtue makes little sense if all is “shadow.”

Later writers and philosophers established a stronger link. In his letter “On Education,” for example, John Milton does not deny the practical value of arts and letters, but much of the letter is written against a merely functional view of studies that produces young men who can know Greek and Latin but lack virtue. After all, the purpose of education, according to Milton, is to “repair the ruins of our first Parents.”

It’s important not to be shrill or overgeneralize, but what’s interesting here is how the humanities, particularly at the university today, have tended to work against both of these two supposed values.

Regarding the first value, how many English and history classes, for example, are devoted to reminding students of the “commonalities [that] have shaped our rich history” and “the ideals we hold in common”? Are these courses really “a source of national memory and civic vigor”? Or do they often work to undermine these common ideals, the very notion of “national memory,” and show only one kind of civic vigor?

And regarding the second value, does anyone who has taken a humanities course at a secular college or university in the past ten years doubt that instead of teaching us who we are, many humanities courses teach that identity is constructed; that instead of teaching the classical and cardinal virtues, they recommend the self-serving “virtues” of moral relativism and egalitarianism; and that instead of helping students to become better husbands, wives, and citizens, the real focus is on making them more autonomous?

In the video that accompanies the report, John Lithgow tells us that the sciences and the humanities are like a flower: “Sciences are the stem [ . . . ] The blossom is the humanities.” This is an odd image. The point of the image, Lithgow tells us, is that the humanities and sciences must work “in coordination with each other,” but the stem of a plant is usually seen as more important, more foundational, than the flower of a plant, or at least co-dependent with the flower.

In previous ages, it’s unlikely that it would have been suggested that the humanities are, however ambiguously, in some way dependent on or co-dependent with the sciences, as the image of the stem and blossom suggests. Rather, both the humanities and the sciences are together dependent on some higher being or truth, on the idea that there are certain unchanging natural and moral laws established by a being outside of the material world that makes such enterprises meaningful.

Otherwise, all might indeed be “shadow,” and there’s no reason why it might not be better to stick a gun to my head than to pay a hundred thousand dollars to become an “engaged citizen” equipped with “cultural understanding, knowledge of social dynamics, and language proficiency” committed to improving “civic vigor.” Heavens, my finger’s getting itchy already.

Micah Mattix is an assistant professor of literature at Houston Baptist University. He curates the free, daily arts and literature newsletter Prufrock .