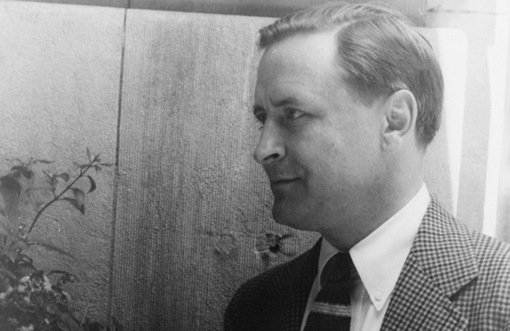 Visually stunning and gripping to the last frame, Baz Luhrmann’s Gatsby is a whirlwind ride into the Roaring Twenties, complete with a pulsating sound track and 3-D imagery. But its greatest strength is also its biggest weakness: Luhrmann is so intent on dazzling viewers with his frenetic, over-the-top directing style that the film constantly threatens to overshadow, if not injure, the delicacy and profundity of Fitzgerald’s exquisite novel. Fitzgerald was an artist with aim quite different from Luhrmann’s”aims formed not least by his encounter with the Christian faith.

Scholars have long debated Fitzgerald’s relationship with the Catholic Church, with strongly-held views on all sides. In a C-Span program back in 2002 , devoted to the writer’s legacy, Professor Matthew Bruccoli, Fitzgerald’s best-known biographer , was asked if religion played a major role in the writer’s adult life: “I think not,” he replied curtly. “He was one of these Irishmen who was able to walk away from the Church and never look back.” But David Page , another Fitzgerald scholar appearing on the program, politely but pointedly challenged Bruccoli’s claim, stressing the enormous impact Catholicism had on his life and writings.

Page had the better argument. Though Fitzgerald wrote in 1918, that was his “last year as a Catholic.” Two years later he married Zelda Sayre in St. Patrick’s Cathedral, and after she gave birth to daughter Scottie, Fitzgerald had her baptized. He was known to have priests as good friends, and in fact dedicated This Side of Paradise, his first novel, to one of them, Father Cyril Sigourney Webster Fay. Apparently, it’s hard to root out Catholicism even in non-practicing Catholics.

And it is precisely his boyhood faith”filled with catechisms and confessionals, and commandments and punishments”which appears in Fitzgerald’s fiction again and again. As Joan Allen argues in her neglected study, Candles and Carnival Lights: The Catholic Sensibility of F. Scott Fitzgerald :

The lights of the carnival which attracted and destroyed him and his fictional brothers, the apparently glamorous life, is one component. But that masks his profound moralism, the realization of sin and destructiveness, which underlie and permeate the temporal world. The carnival lights outshone the candles, but the candles had indelibly touched him, and some of the language, characterizations, and moral concerns in his work are evidence of this.

Fitzgerald, an alcoholic, died of a heart attack in 1940, with his mistress nearby ; his wife, the emotionally troubled Zelda, long confined to an asylum, followed eight years later, the victim of a terrible fire. Fitzgerald, thought to have become an apostate, was denied Catholic burial, even though he had expressed wishes about being buried, along with Zelda, close to his Catholic family’s gravesite, at St. Mary’s Church in Rockville, Maryland. He was laid to rest at a civic cemetery, a mile and half away.

But the story does not end there. In 1975, daughter Scottie petitioned the Church to have her parents re-interred at St. Mary’s. There were good reasons for doing so. Despite his personal life, Fitzgerald never let go of his religious foundations. He had a conscience, and tried to make amends to those he had wronged, even as he kept slipping back into sin. Biblical references and images appear in his writings, especially during his most severe trials. In early 1936, when he hit rock bottom, he published a series of confessional essays for Esquire magazine, later collected in The Crack-Up , recounting his rise and fall. The first, and most searing, essay ends with an explicit citation of Mathew 5:13: “Ye are the salt of the earth. But if the salt hath lost its savor, wherewith it be salted?”

That same year, Fitzgerald submitted a little story to the New Yorker titled, “ Thank You for the Light ,” in which a travelling saleswoman wanders into a Church to see if she can find a private area to smoke: She eventually falls asleep, after praying before “an image of the Madonna,” and awakens to find her cigarette lit. The New Yorker rejected it at the time as “too fantastic,” and perhaps for its perceived irreverence; but when the magazine finally published it, in 2012, not a few saw in it a possible desire, however remote, to reawaken the author’s dormant faith. Prominent Fitzgerald scholar Sarah Churchwell remarked : “‘Thank You for the Light’ suggests that Fitzgerald’s faith”in life, in art, even in Catholicism”may have lapsed, but it never expired.”

Reflecting that belief, better realized today, Cardinal William Baum, the-then archbishop of Washington, approved Scottie’s request, and authorized the Catholic re-burial of Scott and Zelda at St. Mary’s. Upon that occasion, he sent this moving message:

F. Scott Fitzgerald came out of the Maryland Catholic tradition. He was a man touched by the faith of the Catholic Church. There can be perceived in his work a Catholic consciousness of reality. He found in the faith an understanding of the human heart caught in the struggle between grace and death. His characters are involved in this great drama, seeking God and seeking love. As an artist he was able with lucidity and poetic imagination to portray this struggle. He also experienced in his own life the mystery of suffering and, we hope, the power of God’s grace.

Reverend Monsignor Robert Amey, pastor at St. Mary’s today , told me that since the Gatsby movie came out, visits to Fitzgerald’s grave in the adjacent cemetery “have tripled.” More importantly, not everyone comes just as a literary tourist or curiosity seeker. “Just the other day I saw another couple in front of the family graves, on a Sunday, and they stood in quiet reverence.”

Today, St. Mary’s web page proudly lists the re-internment of the Fitzgeralds as one of the parish’s most important historical moments. Thus, the Church that once shunned Fitzgerald now embraces him as one of their own, leaving the final evaluation of his life to God. Though he never achieved the peace and contentment he so longed for on earth, both he and his long-suffering wife, “God willing,” may have finally secured their true paradise in death.