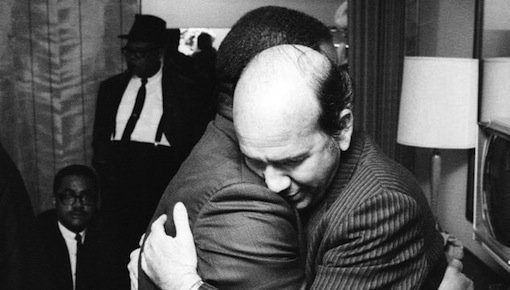 Will Davis Campbell, who died earlier this month at age 88, was one of the last surviving icons of the civil rights movement. Born on a cotton farm in southern Mississippi, Campbell served as an army medic in the South Pacific during World War II. He frequently referred to himself as a bootleg preacher with neither parish nor pulpit. He did often dress and sound like a Baptist bumpkin. But Brother Will, as his friends called him, could boast a graduate degree from Yale Divinity School and was renowned as the author of more than a dozen books, including the remarkable memoir, Brother to a Dragonfly , published in 1977.

After Yale, Campbell took a mill town church in Taylor, Louisiana, where he lasted barely two years. His next stint, also two years (1954-1956), was at the University of Mississippi where he was director of religious life on campus. His advocacy for racial justice at Ole Miss put him at odds with the administration and soon he was looking for another job.

About this time, the National Council of Churches was looking for a Southern field representative in the area of race relations. They found their man in Will Campbell who became involved in the brewing civil rights struggle. His job, in part, was to try to build bridges between both sides, the militant and the adamant. Campbell was the only white person present at the formation of the Southern Christian Leadership Conference at Ebenezer Baptist Church in Atlanta in 1957. Later in September of that year, he also walked with nine African-American students who faced angry protesters when they tried to integrate Central High School in Little Rock, Arkansas. He was there with the Freedom Riders in 1961 and with the Birmingham marchers in 1963.

Wherever violence erupted or trouble threatened”at lunch counters, boycotts, voting lines, in county jails and federal courthouses”Campbell was somewhere in the neighborhood. But he did not lust for the limelight and had an uncanny knack for avoiding press and media types. This made him all the more effective as an agent of dialogue and reconciliation.

In the 1960s, Campbell became disillusioned with the National Council of Churches and from then on carried out his work as director of the “Committee of Southern Churchmen.” This was a loose-knit band of Will’s friends and fellow travelers who defined themselves as “a group of folk here in the South who cared that Jesus Christ died for our sins, and who are going to live in light of and because of that fact.” On one occasion, Will invited me to join the board of the Committee of Southern Churchmen. He explained that there were no dues, no regular meetings, no given responsibilities, no budget (because they were broke), and no duties. I accepted. We would meet for an hour or two at Will’s famous log cabin and farm in Mount Juliet, Tennessee, and then retire to a nearby tavern called Gass’s for barbeque sandwiches and Jack Daniels (or lemonade).

Will often said that our committee was no more than a post office box and a tax exempt number. He was mostly right, although for several years the committee did publish a quarterly magazine called Katallagete , based on the admonition of St. Paul in 2 Corinthians 5:20, “We implore you on behalf of Christ, be reconciled to God.” Reconciliation was at the heart of Will Campbell’s theology. He summarized what this meant in this way: “We’re all bastards but God loves us anyway.”

Will was fond of saying that if you are going to love one then you have to love everyone. And this meant rednecks as well as radicals. Will infuriated many of his former allies in the civil rights struggle when he befriended members of the Ku Klux Klan and even visited James Earl Ray in prison. Campbell wrote: “I have seen and known the resentment of the racist, his hostility, his frustration, his need for someone upon whom to lay blame and to punish. With the same love that we are commanded to shower upon the innocent victim, the church must love the racist.”

The fact is Will Campbell was simply sui generis . He cannot be comfortably squeezed into anyone’s box. He collaborated with Richard John Neuhaus, Thomas Merton, and the Berrigans to oppose the war in Vietnam. On several occasions, he even accompanied draft resisters to sanctuary in Canada. At the same time, he also opposed both the death penalty and abortion on demand. In a talk he gave on transcending ideological conformity, Will wrote: “I see the fashion in which abortion is practiced as the greatest American shame since slavery.”

As the holy wars heated up in the Southern Baptist Convention during the 1980s and 1990s, Campbell often expressed disdain for the so-called fundamentalist leaders of the SBC. Among Baptist progressives, he became something of a folk hero. However, he did not hesitate to warn moderates against constructing another “steeple” to replace the one they had left. All institutions, including religious ones, are inherently evil, he said. “If Jesus Christ had been a moderate, he would never have been crucified.” Will Campbell, the iconoclast, was also on full display when he preached at Riverside Church. He publicly addressed his host and former Yale classmate William Sloan Coffin and encouraged him to auction off all of Riverside’s property and give the proceeds to the Harlem poor. He told me he did not expect to be invited back and I don’t think he ever was.

Will Campbell was sometimes called an anarchist and a pacifist though he eschewed both terms. He was an intellectual disciple of Jacques Ellul and Vernard Eller and always thought it was dangerous to mingle Mr. Jesus and Mr. Caesar. Will loved the Anabaptists and thought of them as his spiritual forbears. There is something compelling about the Anabaptist vision and, as a former student of the great George Huntston Williams, I myself have felt its allure. But the older I have grown, the more I have come to appreciate the counter witness of Augustine, Aquinas, and Calvin. Jean Bethke Elshtain’s summary of Augustine’s counsel is a good reminder for believers who live in a world of contested loyalties. “Resisting altogether any notion of earthly perfection, Augustine offers instead a complex moral map that creates space for loyalty and love and care, as well as for a chastened form of civic virtue.”

Contested loyalty is not a phrase Will Campbell would have liked. But, as he admitted, he himself was not able to avoid such tension entirely. For example, Will’s education was paid for by the G. I. Bill, the wars he opposed were underwritten by the taxes he paid, the books he wrote were published by capitalist companies with their own vested interests, and even the non-meeting committee he directed had a tax-exempt number. Will was too good a student of the Bible to buy into the theological anthropology of liberalism. Still, while H. Richard Niebuhr was one of Will’s professors at Yale, he might have lingered longer with Reinhold Niebuhr’s deep analysis of fallen humanity.

My favorite Will Campbell story is about a Baptist pastor he once knew in Louisiana named Thad Garner. Despite his affable smile and trips to the Holy Land, Reverend Garner was not a model pastor. One day Campbell cornered him with a question, “Thad, why did you ever decide to be a Baptist preacher?” “’Cause I was called , you fool!” he thundered.

Will Campbell too received a calling from which he could not walk away. Rest in peace, Brother Will.

Timothy George is dean of Beeson Divinity School of Samford University and general editor of the Reformation Commentary on Scripture .