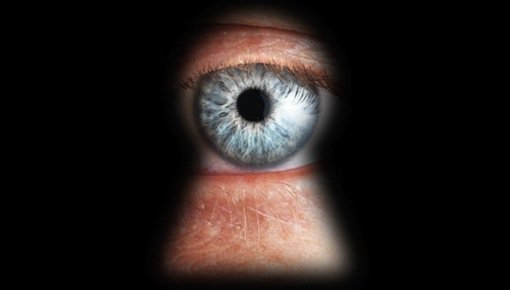 Angela Merkel, next to the inimitable Margaret Thatcher, is the most consequential elected female leader in European history. Born in Hamburg in 1954, Merkel grew up in East Germany where her father was a Lutheran pastor. Before turning to politics, Merkel was a physicist with a Ph.D. from the University of Leipzig.

Recently, she revealed that as a young woman she was once approached by the infamous and much-feared Stasi (short for Staatssicherheitsdienst ), the state security service of East Germany, which tried to recruit her to work for them. She refused but continued to live under the shadow of the world’s most repressive and invasive surveillance police state. By the time the Berlin Wall finally came down in 1989, the Stasi employed 102,000 persons to snoop on a country of only 17 million. This fact prompted Simon Wiesenthal to claim that “the Stasi was much, much worse than the Gestapo, if you consider only the oppression of its own people.” While the Gestapo had 40,000 officials watching a country of 80 million, the Stasi had nearly three times that many in a country one-fourth the size.

When President Obama visited Berlin earlier this month, the Stasi was in the news again. Chancellor Merkel publicly scolded the American president in light of the NSA revelations. To be sure, she did so with tact and moderation, as one might expect from a good politician facing re-election this fall. Merkel said that she recognized the need to gather information but stressed that this must be kept in equitable balance to protect the privacy of citizens. But the NSA revelations point to a system of massive intrusion, with little restraint, lacking proportionality. Some of Merkel’s colleagues were not so tempered in their remarks. The German minister of justice called the unbidden tracking of all communications “deeply disconcerting.” A society that monitors, observes, and controls its people is not free, she said. Markus Ferber, a Merkel ally from Bavaria and a member of the European Parliament, was even more blunt. He accused the Obama administration of using “American-style Stasi methods.” “I thought this era had ended when the DDR fell,” he said, insinuating that the United States has now replaced East Germany as the new Stasiland.

The stunning news that the United States may be the most surveilled society in human history has opened a fierce debate on security, privacy, and accountability. It has also brought about an amazing and unpredicted political realignment, at least on this issue. Rand Paul and Al Gore singing from the same hymnal? Dianne Feinstein and Michele Bachmann in agreement on something?

Clearly not everyone is buying the line that the searches and seizures of the NSA are reasonable and justified. Provisions of the Patriot Act and the Foreign Intelligence Surveillance Act are cited to give legal cover to the hyper-collecting of metadata of millions of Americans with no connection to terrorism. But as Professor Laura K. Donohue of Georgetown University Law Center has pointed out, the secret FISA courts have given the surveillance bureaucracy a virtual (meaning also real) carte blanche. Out of some 8,600 invasive search requests, only two have been denied.

In a dangerous world where people of ill will plot to do harm to others, some surveillance capacity must be allowed. But it is by no means clear that the system presided over by the current administration is either effective or morally justified. We know for sure that it did nothing to stop the massacres at Fort Hood and the Boston Marathon.

When potential for the violation of civil rights and the abuse of privacy are mentioned in the debates, the president and other defenders of the status quo say, in effect, “Trust me.” There was a time in American history, not so long ago, when that response might have been sufficient. In the era of Truman and Eisenhower or even Carter and Reagan, American institutions, including government, enjoyed a substantial reservoir of trust and credibility. But the last two decades have witnessed the erosion of such trust. Debates over the non-existent weapons of mass destruction in Iraq during the Bush-Cheney years and the scandal-a-month syndrome under Obama”the killer drones, Benghazi, Pressgate, IRS, NSA, and who knows what next?”have taken their toll. “Trust me” no longer works.

Privacy is a porous legal concept with an uneven history ranging from Justice Brandeis’s 1890 definition of “the right to be left alone” to the so-called constitutional right of privacy delineated by William O. Douglas and used by William J. Brennan to support the abortion license in Roe v. Wade . The latter construal was effectively challenged by Robert Bork. The issue of abortion is not about the right of privacy but rather the extent of the human community and whether we will afford legal protection to the most vulnerable members of our society.

Persons of faith should be deeply concerned about the current surveillance flap not because privacy is an absolute end in itself but rather because it points to and safeguards something else even more basic and fundamental, namely, human dignity. According to Vatican II’s Declaration on Religious Freedom, Dignitatis Humanae , real dignity requires that human beings “should act on their own judgment, enjoying and making use of a responsible freedom, not driven by coercion but motivated by sense of duty.” Such responsible freedom is the basis for both the establishment of friendships and the maintenance of family life. Without the possibility of non-coercive self-disclosure, which is vitiated by unfettered intrusion, such relationships are fatuous.

In the same way, conscientious religious commitment also requires a personal fiducial response to the divine. Thus religious freedom presupposes the recognition of privacy as an expression of human dignity. By no means is this a strictly Catholic or even Christian issue. The Southern Baptist Convention was right to pass a resolution at its annual meeting in Houston this month defining religious liberty as “the freedom of the individual to live in accordance with his or her religiously informed values and beliefs,” and citing in support Article 18 of the United Nations Declaration on Human Rights: “Everyone has the right to freedom of thought, conscience, and religion; this right includes freedom to change his religion or belief, and freedom, either alone or in community with others in public or private, to manifest his religion or belief in teaching, practice, worship, and observance.”

Only God is omniscient. To God alone are we to be a completely open book. To God, and only to God , should we say”or need to say”“You know when I leave and when I get back; I am never out of your sight. I look behind me and you are there, then up ahead and you are there, too . . . is there any place I can go to be out of your sight? If I climb to the sky, you are there! If I go underground, you are there! If I flew on morning’s wings to the far western horizon, you’d find me in a minute”You are already there waiting!” (Psalm 139:1-10). Only to God. And that is why all persons of faith should be deeply concerned about the hegemonic assumptions of the surveillance state.

Timothy George is dean of Beeson Divinity School of Samford University and general editor of the Reformation Commentary on Scripture . His email address is tfgeorge@samford.edu.