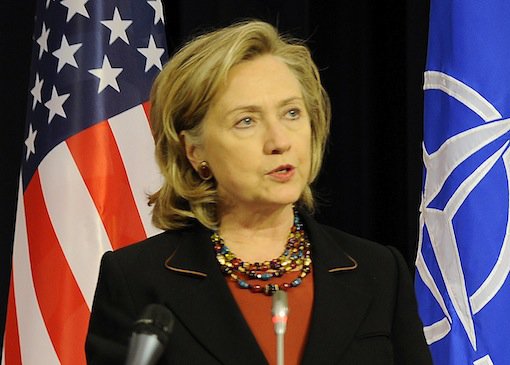 In his June 13 testimony before the National Security Subcommittee of the House Committee on Oversight and Governmental Reform, Dr. Thomas Farr of Georgetown’s Berkley Center described the failures of U.S. international religious freedom policy over the past decade and a half and suggested some of the structural reasons for that failure: lack of strategic integration, such that religious freedom doesn’t “fit” with other U.S. foreign policy objectives; resistance in the Department of State to the very idea of an international religious freedom policy and a special ambassador for promoting religious freedom; little or no leadership from presidents and secretaries of state.

And the dismal result? According to Dr. Farr, “it would be difficult to name a single country in the world over the past fifteen years where American religious freedom policy has helped reduce religious persecution or to increase religious freedom in any substantial or sustained way.”

The problems, Farr continued, are not just structural. They’re conceptual.

Some ill-informed Foreign Service professionals imagine that U.S. policies that promote religious freedom violate the First Amendment. Still others fantasize that international religious freedom policy is an evangelical ploy to use American power to clear the way for Christian missionaries. Others are afraid of scaring Islamists into further violent reactions. These reasons are dumb, or unworthy, or both.

But the real issue here is a deeper and more disturbing one. In Farr’s direct, unambiguous language, “A significant proportion of our foreign policy officials no longer believe that religious freedom is the ‘first freedom’”of American history, of the U.S. Constitution, and of all people everywhere.”

My own three decades of experience with the foreign policy establishment confirm Tom Farr’s judgment, although, like Farr, I know senior people in and out of government who share Farr’s conviction and mine that the defense and promotion of religious freedom, strategically conceived and intelligently executed, is both the right thing to do and the smart thing to do. But they are a minority. And they are a minority that rarely dares raise its head in the present administration, whose approach to these issues was defined by Hillary Rodham Clinton in December 2009, when the secretary of state declared that “to fulfill their potential, people . . . must be free to worship . . . and to love in the way that they choose.”

Second, this dumbed-down concept of religious freedom was equated to the LGBT agenda (which, as the discerning will have noted, has already morphed in subsequent years into the LGBTQ agenda”Lesbian, Gay, Bisexual, Transgender, Questioning). This borders on blasphemy; it is certainly idiocy; and it is guaranteed to make America enemies around the world.

Still, it must be admitted that Secretary Clinton’s speech was not idiosyncratic. Reducing religious conviction to another lifestyle choice while ignoring the community-forming aspects of religious conviction and those communities’ impacts on civil society is of a piece with broader secularist currents in America. As Dr. Farr’s brave testimony suggested, those misconceptions are making a hash of both domestic policy (witness the HHS mandate and the marriage debate) and foreign policy.