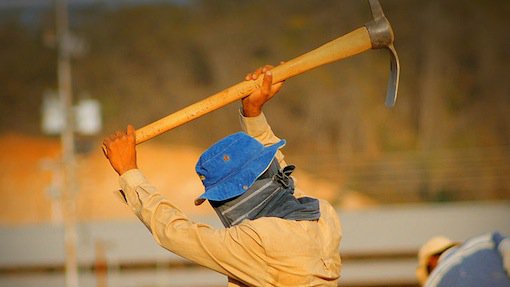 Now is the time to speak directly to the real and legitimate concerns of millions of hurting Americans whose wages have declined and whose job prospects have grown only bleaker. ” Jeff Sessions

Support for the Senate’s immigration bill within both parties is puzzling. The bill would vastly increase low-skill immigration even as the unemployment rate among low-skill current residents is 11 percent and the labor force participation rate is only 45 percent. A further increase in low-skill workers would tend to drive down the wages of a population that is already struggling. Why would Democrats, who gain a disproportionate share of their votes from low-wage workers, want to injure financially that voting group? Why would Republicans want to increase the size of a population that mostly votes Democratic? Supporters of the Senate bill”from both parties”are choosing to sacrifice the interests of low-skill citizens and current residents.

There is a partisan motive here, too. As increased low-skill immigration drives down wages for low-skill workers, the politics of declining wages pushes politics in the direction of greater redistribution. As Yglesias writes, “ To the extent that you have more immigrants you have both a stronger moral case for redistribution to low-income natives and a stronger practical case for redistribution to low-income natives.” An anti-working-class politics actually creates the conditions for higher taxes on behalf of the working class.

There are costs to such a policy. A recent Third Way report found that declining wages tended to coincide with disrupted family formation. That is hardly a political problem for the party of the Life of Julia. Democrats can tell themselves that even if their policies will reduce the wages and injure the families of low-skill workers in the short term, Democrats can make it up to them through higher taxes and bigger government spending on the back end.

Some Republicans have their own reasons for expanding low-skill immigration. Republican politicians like George W. Bush have long found the current population of low-skill workers too small and insufficiently willing to do unpleasant jobs. Republican politicians have pushed for low-skill guest worker programs in which immigrants who undergo a spell of unemployment would face deportation. This combination of business demand for, and contempt of, low-leverage labor was aptly summed up by a Marco Rubio aide, who in arguing for a larger guest worker program in the construction industry, said many American workers “ can’t cut it. ” Paul Ryan, too, has defended expanding low-skill immigration as a way of keeping down wages in the low-skill sector of the economy ”despite the thirty-year decline of low-skill wages.

This bipartisan alliance in favor of low-skill immigration is not a perfect match. Republicans would like more of the low-skill immigrants to be guest workers who would have limited access to the welfare system and who would not be eligible for citizenship. They prefer a longer “path to citizenship” for current illegal immigrants who would get amnesty. The Democrats, on the other hand, would want to extend government benefits and citizenship. This leaves the Republicans fighting a rearguard action to prevent the extension of benefits and delay attainment of citizenship. The Republicans might win delays, but at the price of seeming, and being, indifferent to the struggles of all low-wage workers.

Conservative opponents of the Senate bill have the public on their side. Americans of both parties would prefer transitioning to a policy that would favor high-skill and English proficient immigrants. What conservative opponents of the Senate bill lack is a vocabulary and broader framework for their opposition. They lack a way of talking about limited government that does not put the interests of high-earners and business owners first.

Conservative opponents should oppose the Senate bill because it hurts the economic prospects of low-skill citizens and current residents, but that is not enough. Conservatives can’t be the party of the working class on immigration and the party of the “job creators” on everything else. While supporting relatively lower taxes and lower spending (relative to the left), conservatives need to do a better job of addressing working-class concerns about stagnating wages and access to health insurance. Conservatives need what Senator Jeff Sessions called “a larger effort to broaden our appeal to working Americans of all backgrounds.” They might find that a “humble and honest populism” sounds like common sense to much of the American public.

Pete Spiliakos is a columnist for First Things . His previous “On the Square” columns can be found here . Image via Wikimedia Commons.