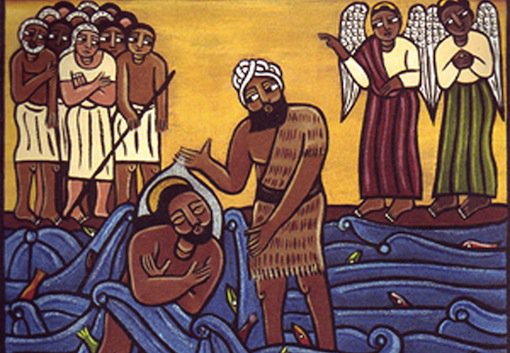 Catholic theologians speak of a “hierarchy of truths,” a phrase found in Vatican II’s Decree on Ecumenism ( Unitatis redintegratio, 11). This concept does not mean that some truths are truer than others, or that the Catholic faithful are free to pick and choose among the teachings of their church as they please. It means, rather, that in the economy of divine revelation, more theological weight, as it were, is given to those teachings that relate directly to the foundational truths of the Christian faith. This point is similar to the distinction Thomas Aquinas makes between some articles of faith which are as such secundum se and others in ordine ad alia (ST 2-2, q.1, a.6). (See the excellent study by the Capuchin scholar William Henn, “The Hierarchy of Truths Twenty Years Later,” Theological Studies 48, [1987].)

In this vein, I would like to propose a “hierarchy of ecclesial realities.” What do I mean by this? While I recognize myself as a Protestant, an Evangelical, and a Baptist, none of those labels defines my spiritual and ecclesial identity at the most basic level. Being an evangelical Protestant, a Baptist, indeed a Southern Baptist, are all important markers of my place within the community of faith, but there is a more primary confession I must make: I am a trinitarian Christian who by the grace of God belongs to the whole company of the redeemed through the ages, those who are “very members incorporate in the mystical body of Christ” ( Book of Common Prayer ).

Far from being a new construal, this way of putting things goes to the very heart of what it means to be a genuine Protestant, a true Evangelical, and an authentic Baptist. Central to each of these commitments is a desire to be faithful to the Scripture-based apostolic witness of the early church. When Polycarp of Smyrna, a disciple of the Apostle John, was brought before the Roman tribunal before being cast into the arena with wild beasts, he confessed publicly the faith which he knew would lead to his certain martyrdom. In that critical moment, Polycarp did not say: “I am a Paulinist. I am a Petrist. I am a Johannian.” Neither did he say, “I am an Ignatian” (after his great contemporary Ignatius of Antioch), nor “I am an Irenaean” (after his famous disciple Irenaeus of Lyon). Rather he confessed: Christianus sum. “I am a Christian.”

Yet the desire for a Christianity shorn of all particularity carries its own risks. The Corinthian church of the New Testament had its own “factious titles”: the Paul-party, the Peter-sect, the Apollos-coterie. Frustrated with such fractiousness, another group in the church at Corinth arose claiming to have no mere human leader at all: “We belong to Christ,” they said. But, in fact, the Christ-party at Corinth was soon beset by the same spirit of arrogance and divisiveness that marked all the other partisan groups in the congregation. This is a recurring theme throughout the history of the church. In nineteenth-century America, Alexander Campbell, who began his ministry as a Baptist, wanted to eliminate denominational labels and restore the one true Christian church. Within a single generation, his movement had subdivided into several distinct and often mutually hostile church bodies”déj vu to anyone familiar with the history of Presbyterians in Scotland, Lutherans in America, Reformed churches in the Netherlands, Anglicans in Africa, and Baptists almost anywhere.

Evangelicalism is a renewal movement within historic Christian orthodoxy; it cannot be equated with any one denomination. At its heart is a theological core shaped by the trinitarian and christological consensus of the early church, the formal and material principles of the Reformation, the missionary movement that grew out of the Great Awakening, and the new stirrings of the Spirit that indicate “surprising works of God” are still happening in the world today. Evangelicals stand in continuity with the Great Tradition of Christian believing, confessing, worshiping and acting through the centuries, while not discounting the many local histories that must be written to give a full account of Christian communities in any given era.

The Baptist tradition finds a place within this narrative as a distinctive reform movement within the wider evangelical renewal, a reform within the reform, so to say. Baptists are indeed heirs of the Reformation, but they are not, nor have they ever been, mere clones of Luther, Calvin, Zwingli, the Anabaptists, or anyone else. For Baptists, the great doctrines of the Reformation were refracted through the prism of persecution and dissent which informed their intense advocacy of religious freedom and, especially in the American setting, the separation of church and state (which does not equal the divorce of religion from public life). With all true Christians, Baptists profess loyalty to Jesus Christ the Lord, the eternal Son of the heavenly Father who “for us and our salvation” became man. He died for our sins on a cross, rose triumphantly over death, ascended to the Father, and one day will come again in power and glory. In the meantime, he still reigns, rules, and redeems through the Holy Spirit.

The church is the Body of Christ extended throughout time as well as space. It encompasses all of the redeemed of all of the ages. This is a reality already glimpsed in the New Testament by the writer of Hebrews who admonished the believers in his day:

You have come to Mount Zion, the city where the living God resides. The invisible Jerusalem is populated by throngs of festive angels and Christian citizens. It is the city where God is Judge, with judgments that make us just. You have come to Jesus, who presents us with a new covenant, a fresh charter from God. He is the Mediator of this covenant . . . .Do you see what we’ve got? An unshakable kingdom! And do you see how thankful we must be? Not only thankful, but brimming with worship, deeply reverent before God. (Hebrews 12:22-23, 28, The Message ).

This dramatic vision of the universal church in no way minimizes or mitigates the importance of the local congregation, the covenanted community of God’s pilgrim people which regularly gathers to worship, praise, sing, pray, proclaim, discipline, love, serve, and send. Significantly, the same passage in Hebrews that describes so vividly the reality the heavenly church gathered in eschatological assembly with the angels and believers of all time also provides the strongest proof text in the Bible for regular church attendance, “Forsake not the assembling of yourselves together” (Hebrews 10:25). It is not a mark of sound churchmanship, Baptist or otherwise, to play off the universal church against the local church, or vice versa. As the Amsterdam Declaration of 2000 states,

The church is the people of God, the body and the bride of Christ, and the temple of the Holy Spirit. The one, universal church is a transnational, transcultural, transdenominational and multi-ethnic family of the household of faith. In the widest sense, the church includes all the redeemed of all the ages, being the one body of Christ extended throughout time as well as space. Here in the world, the church becomes visible in all local congregations that meet to do together the things that according to Scripture the church does. Christ is the head of the church. Everyone who is personally united to Christ by faith belongs to his body and by the Spirit is united with every other true believer in Jesus.

So why am I a Baptist? I am a Baptist because it was through the witness of a small Baptist church that I first heard the gospel of Jesus Christ. Many of the things I still believe in I first learned in that modest Baptist community of faith: that Jesus loves me and died on the cross for my sins; that the Bible is the totally true and trustworthy Word of God; that all human beings are made in the image of God and are infinitely precious in his sight. Through the loving nurture I received from that congregation, I confessed my personal faith in Jesus as Savior and Lord of my life. I was then baptized in the name of the Father, the Son, and the Holy Spirit. When I was called to preach the gospel, it was in a Baptist church that I was set apart and ordained as a minister of the divine Word.

It is important to say that all of this came to me as a gift from beyond myself. It is not as though I had studied carefully and weighed objectively every religious possibility before committing myself to the Baptist cause. My experience was rather of a person who finds himself standing, wading, and eventually swimming in a flowing mountain stream. The Baptist formation I received as a young Christian was a gift, unbidden and undeserved, for which I can claim no credit. Later as I studied the Bible more deeply and became aware of many other church traditions, doctrines, and denominations, my Baptist convictions grew stronger. I gradually came to understand the meaning of what I believed: Fides quaerens intellectum, a quest that continues still. What I first intuitively grasped or only dimly glimpsed, I came to own with greater clarity and confidence. I came to see that being a Baptist was for me the most faithful way of being an Evangelical, a Protestant, and a Christian.

Being a Baptist is a blessing but also sometimes a burden. From time to time I have considered the possibility of becoming something else. I once prepared a talk called “The Confessions of a Catholic-friendly, Pentecostal-admiring, Reformed Baptist with a Hankering after Lutheranism and a Strong Affinity for the Book of Common Prayer .” Each of these ecclesial traditions, among others, has enriched my life and calling to serve the Body of Christ. Each brings distinctive treasures to our common labors” pro Christo et ecclesia. Being a Baptist gives me all the freedom I need to appropriate as fully as I can the gifts they offer without abandoning the Baptist principles and ways that I cherish.

Several years ago, I published an essay titled “Is Jesus a Baptist?” This was originally a talk given at a conference on Baptist identity, and I recommended three strategies for Baptists to consider in their worldwide Christian mission: retrieval for the sake of renewal, humility in the presence of the holy, and particularity in the service of unity. On that last point, I made these comments which still remain valid today.

Particularity in the service of unity? Yes, by all means, let us maintain, undergird, and strengthen our precious Baptist distinctives: our commitment to a regenerate church membership, believers’ baptism by immersion in the name of the triune God, our stand for unfettered religious liberty, and all the rest”but let us do this not so that people will say how great the Baptists are but rather what a great Savior the Baptists have, what a great God they serve. May they be able to say, “Just look at those Baptist Christians, see how they love one another. See how they work together with other believers. See how they put others ahead of themselves. You know, I think I’ll give a listen to what they are saying about all of this Jesus Christ stuff.”

Timothy George is dean of Beeson Divinity School of Samford University and general editor of the Reformation Commentary on Scripture. Contact him at tfgeorge@samford.edu. Adapted from “Why I Am an Evangelical and a Baptist,” in Why We Belong: Evangelical Unity and Denominational Diversity. Eds. Anthony L. Chute, Christopher W. Morgan, and Robert A. Peterson (Wheaton: Crossway, 2013).