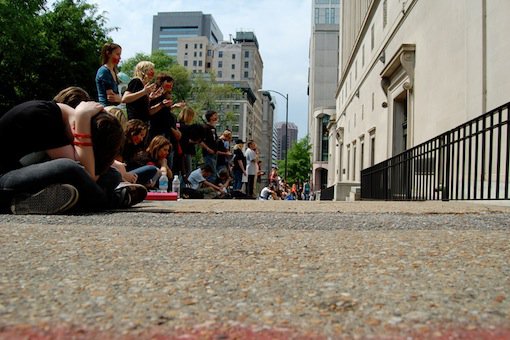 A few passages from Pope Francis’ famous interview published in America have unsettled some people for many reasons. My reason for being unsettled is that it would not be a complete distortion to say that I have been “obsessed” with the issues of abortion, contraception, and homosexuality for nearly all of my professional life. I prefer the terms “dedicated” or “committed,” of course, but whatever word is appropriate, I have long thought that helping people understand why abortion, contraception, and homosexual acts are not in accord with God’s plans for human happiness is a very effective way of drawing people closer to the Lord and to the Church, and thus, more or less, most of my adult life, I have been evangelizing in this way.

I know these people and most of them radiate the love for Christ and the Church that the Holy Father desires. They sacrifice their time, talent, and energy because they love Christ and those who hate Christ and those who don’t know Christ. Undoubtedly some pro-lifers and some opponents of contraception and some who crusade against the widespread acceptance of homosexuality are angry people ready to condemn others as unredeemable sinners, but I suspect they are few and far between in the US at least. Although I have seen rare postings on the internet, written by putative Christians that are very unchristian, I have not met any such individuals in “real life.”

In fact, I don’t think the Holy Father was speaking about my friends, when he states:

We cannot insist only on issues related to abortion, gay marriage and the use of contraceptive methods. This is not possible. I have not spoken much about these things, and I was reprimanded for that. But when we speak about these issues, we have to talk about them in a context.

My friends definitely talk about these issues “in context,” in fact in many contexts. Again, their reason for boldly and sacrificially and ardently addressing these issues is precisely because they love Christ and the Church and want others to do so. They are trying to save people, to save them from ignorance about Church teaching, to save them from serious sin, to save them from missing out on the great joys of accepting Christ as their savior and the Church as their home. And”praise God”sometimes they succeed. In fact, my own reversion to the Church was greatly facilitated by an anti-Catholic professor who patiently argued with students that truth exists. It pained him that many of his students converted to Catholicism, once they came to accept that truth exists, and even moral truths that require most students to change their behavior radically.

Pope Francis is right that in some contexts proclaiming the Gospel is a powerful aid to conversion to moral goodness. For instance, many of those who do counseling outside of abortion clinics approach the women entering and say: “I am here to help you realize that God loves you and, if you are pregnant, he loves the child you are carrying. He trusts you to be the loving mother your child needs. I am here to help you find whatever you need to help you be that loving mother. There is nothing you have done that God won’t forgive.” That is a powerful and effective approach. It can often be costly to deliver what is needed but I know pro-lifers who definitely go the extra mile.

He also said: “The church’s pastoral ministry cannot be obsessed with the transmission of a disjointed multitude of doctrines to be imposed insistently.” Again, I don’t think this statement refers to my friends since there is nothing “disjointed” about the way they present doctrines nor do they “impose” them “insistently.” Rather, they study hard to learn the deep anthropological truths that John Paul II labored so tirelessly to teach that justify the Church’s teaching. They make the call to conscience that John Paul II makes: man’s dignity resides in his ability to know the truth and to live consciously and freely in accord with it. They call people to live in accord with the natural greatness that God gave them. They do not make threats of damnation or make calls for blind obedience; they lay out the evidence, scientific, sociological, psychological, theological and philosophical. There is no imposing; there is, rather, intelligent instruction and persuasion.

I also began to realize that the Holy Father was not speaking of the same context in which I live and labor when he said:

I say this also thinking about the preaching and content of our preaching. A beautiful homily, a genuine sermon must begin with the first proclamation, with the proclamation of salvation. There is nothing more solid, deep and sure than this proclamation.

While I understand that preaching the love of Christ is central to Christianity, and while, of course, I am delighted that Pope Francis, as Benedict and John Paul II and a host of popes before him, have preached this relentlessly, I am a bit surprised that Pope Francis thinks an effective way to promote Christianity would be to enthusiastically teach that Christ came to save us. He seems to think that many people are hesitant to embrace Christianity or Catholicism because they believe that they are beyond redemption and that the Church is a judgmental, intolerant institution that won’t accept them. Now, it may be that many people think the Church is judgmental and intolerant, but my impression is that most people do not think they are sinners beyond redemption. In fact, I think most people think they are not sinners and not in need of redemption. They do not think having abortions, using contraception, using pornography, fornicating, masturbating, or engaging in homosexual acts are immoral actions. They think what they are doing is fine and they are fine just as they are.

I am not suggesting that we should be shouting from the rooftops that these are serious sins and that those who commit them knowingly and freely and who don’t repent of them will face an unpleasant eternity, to say the least. That is the truth, of course, but it is not the truth that the crusaders I know, speak. Rather, as I stated, they give reasons for the teachings; rational, persuasive, appealing reasons.

The Holy Father continues his remarks about homilies and says:

Then [after preaching salvation] you have to do catechesis. Then you can draw even a moral consequence. But the proclamation of the saving love of God comes before moral and religious imperatives. Today sometimes it seems that the opposite order is prevailing. The homily is the touchstone to measure the pastor’s proximity and ability to meet his people, because those who preach must recognize the heart of their community and must be able to see where the desire for God is lively and ardent. The message of the Gospel, therefore, is not to be reduced to some aspects that, although relevant, on their own do not show the heart of the message of Jesus Christ.

Pope Francis finds the homily a proper place to teach moral truths but thinks priests have gotten the order wrong. Where is he hearing these homilies that hammer on moral truths at the expense of preaching the gospel? For some time now I have been trying to help seminarians and priests preach on the difficult moral truths. One reason it is we struggle is that virtually none of us have heard it done! We have heard homilies on abortion”perhaps at most once a year”while homilies on contraception and homosexual acts are so rare as to cause astonishment and generally earn the pastor an influx of hate mail.

Some people have proposed that the Holy Father is speaking out of his experience of a Latin American culture. I don’t know if priests in Latin America incessantly give moralistic homilies without reference to the good news of Christ, but clearly that is the scenario that Pope Francis has in mind. More and more priests in the US are realizing that their parishioners need to hear the truth about morality proclaimed boldly and clearly. The seminarians and I are making every effort to tie moral teachings to the Gospel. It is not hard to do since many passages such as “keep my commandments” lend themselves to a wide range of issues. But displaying the requisite sensitivity is a challenge. I require seminarians always to mention that the fact that so many commit serious sexual sins can be explained by the pernicious influence of our culture, particularly the influence of the entertainment world, but increasingly by the policies of our government as well. I require the seminarians to invite people to confession to experience the liberating and healing power of the sacrament.

In fact, Pope Francis’ own daily homilies that focus on greed, gossip, and laziness, for instance, completely won my heart. I saw that he realized that Catholics need to be reminded daily to let their faith influence every action of our lives”and he regularly invites people to confession. He often preaches about the reality of the devil. I wonder if he knows that American Catholics are as likely to use contraception and view pornography as they are to be greedy and to gossip. The devil has us in his grip there. Mention of those sins, too, need to be a regular part of homilies.

This is not to say that neither my friends nor I have anything to learn from what the Holy Father has said. While I said above that the people I am speaking of “radiate the love of Christ,” I must admit, and not slowly, that such is not always true. We get angry, impatient, dismissive, and self-righteous at times. We are not saints yet, just saints in the making. It is undoubtedly true that some of us love truth more than we love those we serve. That is not a Christian attitude. We need to truly approach each of those we attempt to serve with love for them, with a humble understanding that our approach is not always the best and most compassionate, and with the knowledge that God works patiently with each of us and that we must be patient too.

As Dave Sloan”a friend who is one of the best workers in the vineyard”stated in a post on Facebook: “People do not need to be convinced that they are lost, and they do not need to be convinced that they are wounded. All that is needed is for them to believe that they are known at a deep level and they are loved at a deep level. When they are convinced of these things they are ready enough to reveal their wounds and their sense of being lost. This is messy, and painfully difficult, and it is no surprise that those in the church who have grown comfortable hiding behind a didactic wall are howling that Pope Francis is tearing down that wall.” While I have my quibbles with what the Holy Father said, I think Dave captures the most important element of what he said. Those of us who love didactic certainty need to examine ourselves to strive constantly to ensure that our actions are motivated by love.

Janet E. Smith is the Father Michael J. McGivney Chair of Life Ethics at Sacred Heart Major Seminary in Detroit, Michigan. Image via Wikimedia Commons. This piece has been updated (09/26/13), at the request of the author.