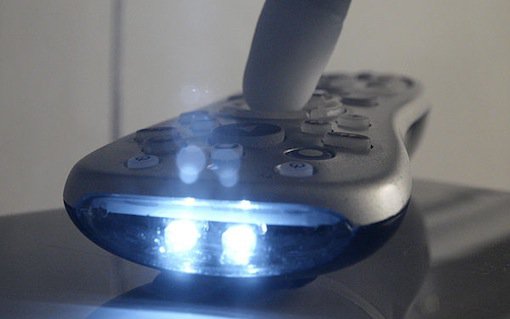 The great Jerry Seinfeld once observed that a man doesn’t care what’s on TV. He only cares what else is on TV. ( Seinfeld late-night re-runs being displaced by Modern Family , by the way, is a sure sign of decline.) This seems to me to describe a prevalent attitude towards continuing revelation among many who consider themselves “thoughtful” Latter-day Saints. We forever have our thumb on the channel-change button of ultimate moral-religious truth just in case we might have to change our minds, just as we did in 1890 on plural marriage and 1978 on ordination of black members. (In 1978 I somehow did not experience any existential tumult or reversal”just a huge sigh of relief, and no little gladness. But here’s the disturbing thing: I was fully committed to sticking with the Church even before the blessed revelation. Is that wrong?)

Our openness to prophetic authority has the effect of rendering present authoritative statements provisional. We bracket everything that we hear in General Conference, because, well, we’re so committed to prophetic revelation that, hey, it could change tomorrow. “Eternal Truth,” for those devoutly committed to the distinctive LDS principle of continuing revelation, means, apparently, at most “we’ll go with this until April conference.” Peter had to learn the hard way to be open-minded about cheeseburgers and shellfish, so let us not cling to any prejudice about details such as traditional norms (or any norms, I suppose) governing sexuality.

But notice that for many of these “thoughtful” Latter-day Saints, our openness to continuing revelation always seems to be open in one direction; our remote control scans only to the left. What we are supposed to be open to always fits a progressive moral-political agenda of ever more individual freedom and equality.

These are the really eternal principles, aren’t they, to which we hold fast as we loosen our grip on those purported Eternal Truths? Is it not always better to be freer in our choices from pressure of any authoritative norms (call this “agency,” an eternal principle of course), and equal in our right to make whatever choices we want? Freedom and Equality: Here are truths not to be bracketed. It is surely impossible to imagine any way revelation could “continue” beyond these sacred moral principles, or put permanent restraints on their ever more radical enactment.

Openness to continuing revelation is thus often a very convenient way to concede ultimate moral authority to the prestigious cultural left. No need to set our faces sternly against the massive cultural power of the academic and media establishment if we qualify any peculiar practices we retain by the qualification: We’re open to change, that is, you progressives may be right”in fact it seems you are, so please excuse our very temporary clinging to old ways here, we’re just waiting for the right (that is left) revelation to come along, let’s hope sooner rather than later . . . .

It is thus culturally, socially very convenient to bracket our peculiar beliefs and practices with the proviso that, well, all that could change with a word from a more enlightened prophet. And of course we hope it will. Don’t mind us, here, eating this pure white fruit ”here, I’ll spit it out so we can talk”we certainly have no principled complaints against your lovely and very spacious building . . . just excuse us while we work some things out with our well-meaning but rather tradition-bound General Authorities. Save a place for us in that cool building, will you”it shouldn’t take too long, we’re oh-so-open to new revelation”the right kind of new revelation, that is.

Isn’t this kind of “openness” to the right kinds of revelation”which is to say, the left-leaning kind”really a sort of intimidation by the perceived moral authority of the progressive left? Does it not even occur to the “thoughtful” Latter-day Saints who hold themselves open in this fashion that, if the heavens are really open to new guidance, we shouldn’t presume which direction such guidance might take us. Can we only imagine “openness” in one direction?

There is no end of generous speculation that sexual norms and the definition of marriage might be altered to accommodate the “progress” of modern societies. But what if we were asked by on-going revelation to be less modern, less permissive, even less “equal” (that is, less the same, in defining male/female roles)? I won’t be more specific, because I’m not arguing for, much less predicting, any specific change. I’m just suggesting that, if we want to prove our openness to new revelation, then we ought to be able to scan channels in more than one direction.

This is why I demur slightly from the approach taken by many faithful friends, who insist, for example, that they care not a whit whether the Church ordains women to the priesthood or not; they are open to whatever the prophet should reveal on such a question. Well, me too. But why not say something on behalf of what has been revealed, and affirmed? Of course there is much that we do not know, and we surely have no purely rational access to some right answer concerning the earthly governance of the Church and the distribution of roles between men and women. But, if we really support the prophets, why not really support them? Why bracket our support in order to defer to more enlightened sensibilities?

Our Church leaders do not say only “here is the policy, just follow it”; they provide us a view of the world and our place in it that helps make sense of different roles for men and women, that helps us see how the difference is good. It would be a better use of our critical, rational faculty to ponder this goodness and articulate reasons to support it”even if we should remain open to better understanding that goodness and its reasons”rather than simply to insist that, well, anything could change.

It is a sign of our being intimidated by the progressive elite that the best support we can muster for teachings of modern prophets is to say that we support them . . . and we don’t care whether they change or not. To support prophetic teachings is to embrace them, to seek to understand them, to build our lives around them, and to articulate what makes them good as best we can (without any illusion than simple logic will ever decide questions of the meaning of life). That would be another kind of “openness,” one that would not require closing our minds to truths uncelebrated by the progressive left.

Ralph Hancock is a professor of political science at Brigham Young University.