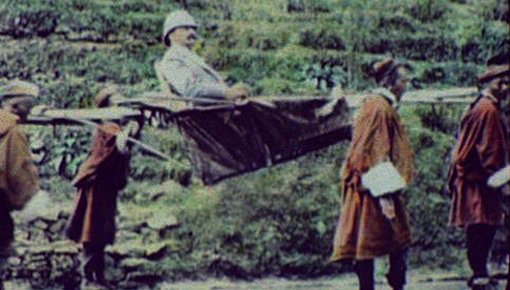 Whenever I criticize the Wild West ethics of the in vitro fertilization industry, I hear from heartbroken people who tell me they would do “anything” to have a baby. I sympathize with the heartache of childlessness. But the willingness of many to do”and of the IVF industrial complex to sell” anything leads to a “me first” sense of reproductive entitlement.

We already know that IVF is no longer limited to infertile married couples”with women in their sixties even using the technique to get pregnant. Now, the universal condition of having two biological parents is about to be shattered.

The United Kindom’s Human Fertilisation and Embryology Authority has approved the use of “three-parent IVF” by which eggs from two women are combined and fertilized, creating an embryo with two biological mothers and one father. The point (for now) is to allow parents with mitochondrial disease to have a biologically related child without passing on their condition.

We already know that children born of IVF have poorer health outcomes than those conceived naturally. Yet, in the rush to allow these women to bear children, significant potential safety risks are being ignored.

Indeed, a study published in Science just revealed that three-parent mice and other organisms have significant health problems, including with “individual development, cognitive behavior, and [other] key health parameters.” The Science authors strongly recommend more studies, but go on to suggest that despite safety concerns, families with “offspring that were severely afflicted” by mitochondrial diseases could decide “take the risk” anyway.

The willingness of some to do anything to have a baby has also spurred IVF biological colonialism, by which the fertility industry exploits the gestational capacities of destitute women in developing countries to fulfill the procreative desires of the well-off.

“Outsourcing a Life,” a recent investigative report published by the San Francisco Chronicle into India’s surrogacy industry, revealed the high cost paid by women so poor they are willing to gestate other people’s babies for pay. According to the story:

• Women sign contracts requiring them to abort on demand of the biological parents;

• Women are forced to leave their families for months and live in crowded dormitories with other pregnant surrogates;

• Women are maneuvered into having medically unnecessary caesarean sections. Seventy-five percent of the surrogates in the clinic discussed in the story deliver surgically.

• There may be adverse social consequences for the surrogate, who may become isolated by a disapproving family or culture.

An Indian study revealed other profound wrongs associated with commercial surrogacy”including sex selection, parents refusing to take the child after birth, and surrogates being paid a pittance, with most money going to so-called baby brokers. The report also found that surrogate mothers sometimes “feel attached to the babies even they were not biologically their own children.” Of course they do. Such feelings are a natural biological process associated with gestation. That’s part of biological colonialism’s cruelty.

Some will reply that this is just “the marketplace in action.” But even if one accepts such libertarian notions, the contracting parties have such wildly disparate bargaining power that these “deals” are hardly “fair”:

In 50 to 60 percent of the cases, surrogate mothers and their husbands were illiterate or with primary education which leaves no chances for them to understand the medical jargon or complicated procedures that might affect the health and well-being of the surrogate mother.

The personal and medical welfare of the surrogate also take a backseat to that of the baby they are carrying:

And here’s a hard bottom line: Indian surrogates have died giving birth to other people’s babies, orphaning their own children.

It is ironic: Apologists for commercial surrogacy in developing nations claim that the women make more money than they ever could otherwise. The same could be said of workers exploited in sweatshop conditions to make our running shoes and manufacture our smartphones. Those wrongs cause outrage internationally. In contrast, gestational serfdom of the kind seen in India causes few ripples of moral concern.

Reining in commercial surrogacy and disallowing three-parent IVF would not mean all is lost for those who want to be parents. Yes, it is anguishing to be unable to conceive or choose not to because of health concerns. But it is even more painful to be a child without a home. Adoption can be the balm for both sources of heartbreak. Surely, that is better than doing anything to have a baby.

Wesley J. Smith is a senior fellow at the Discovery Institute’s Center on Human Exceptionalism. He also consults with the Patients Rights Council and the Center for Bioethics and Culture .