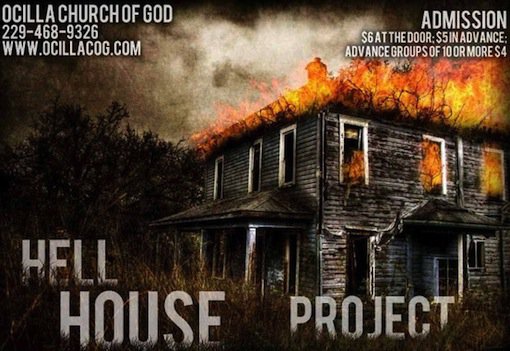 I believe in hell. Not only the hell within , for there are those “private devils that hang like vampires on the soul,” to use the language of Thomas Merton”and not only the metaphorical hell around evident in war, violence, and destructive evil on a global scale”but also the hell to come. This orthodox Christian belief is firmly grounded in the teaching of Jesus, as well as in the inspired writings of the apostles. As Joseph Ratzinger said in a book on eschatology: “Dogma takes its stand on solid ground when it speaks of the existence of hell and of the eternity of its punishments.”

C. S. Lewis famously described two equal and opposite errors into which people fall when thinking about things infernal. The first is disbelief and denial, a familiar pattern in forms of rationalist religion. The other is to cultivate “an excessive and unhealthy interest” in Satan and his pomp. The latter is on full display in what has become a thriving phenomenon within the subculture of American fundamentalist and evangelical churches: the seasonal appearance of a Halloween alternative known as Hell House or Judgment House.

Hell Houses can be found from New England to the Northwest, though they thrive in those red states where Pentecostal and fundamentalist churches are strongest. Hundreds of thousands of teens and tweens will stand in line for hours and pay good money (about the price of a premium movie ticket) in order to be scared out of their wits by this bizarre form of entertainment evangelism.

There are many variations on this theme: a hayride through hell, a demon-guided stroll in a cemetery, a train trip of terror, and so on”but all presentations have three things in common. First, there is a series of mini-dramas, gruesome, death-centered tableaux always presented in lurid, edgy (some say cheesy), soap-opera style. These run the gamut from smoking-related cancer deaths to school shootings, teen suicides, fiery car crashes, botched abortions, homosexual teens dying of AIDS, and all kinds of family traumas”domestic violence, divorce, sex abuse (including incest), and the like. The aim of the skit is to show the truth of the New Testament dictum, “The wages of sin is death” (Rom. 6:23), not only physical death in this world, but also eternal punishment in hell in the next.

After the “incidents” come the consequences, namely, a visit to hell. “Hell” is a dark, smoke-filled room complete with strobe lights and the shrieks of tortured souls. The dénouement is a Mel Gibson-esque portrayal of the crucifixion followed by a personal appeal to accept Jesus Christ. Sometimes an actor impersonating Jesus makes the appeal himself in a breath-minted, nose-to-nose encounter with those presumably shaken by what they have seen.

If there is one thing the commercial side of American religion understands, it is supply and demand. The late Jerry Falwell is often credited with launching the current Hell House craze with his Scare Mare program back in 1972. But the demand for “sanctified” haunted houses has grown over the years. Providing resources for the thousands of churches that sponsor such events has become a minor industry.

Colorado-based Keenan Roberts has led the way with his publication of a how-to kit for pastors and youth ministers who want to put a little scare-mongering into their teen evangelism program. For several hundred dollars you can buy this resource with directions on how to construct an effective Hell House. There are scripts for seven rooms and instruction on how to present a graphic hell scene and a closing “come to Jesus” scenario. If you want some help putting on a sizzling evangelism event this Halloween, then Roberts’ Hell House Outreach Kit just might be what you are looking for! This kit, available in all fifty states and twenty-six countries around the world, is sold to church leaders who want to “get prayed up and powered up” and “prepared for the ride” of their ministry life. The kit comes with this admonition: Shake your city with the most “in-your-face, high-flyin’, no denyin’, death-defyin’, Satan-be-cryin’, keep-ya-from-fryin’, theatrical stylin’, no holds barred, cutting-edge” evangelism tool of the new millennium!

In her 2003 book, From Angels to Aliens: Teenagers, the Media, and the Supernatural, the University of Denver scholar Lynn Schofield Clark describes the Hell House phenomenon as part of “the dark side of evangelicalism””inordinate interest in exorcism, the occult, and pop apocalypticism. Max Weber’s modern disenchanted world of no angels, demons, witches, miracles, devils, or hells has left a vacuum in the youth culture, and this has been filled by the revival of the graphic, the sensate, and the supernatural. Hell Houses are made for a generation unhappy with the demystified culture of a “world come of age” and yet a generation retaining just enough vestiges of a biblical worldview to know that, pace the dogmas of secular naturalism fed to them at school, there must be something more.

Whatever we make of Weber’s “disenchantment” thesis, it is well to remember that graphic depictions of hell have long been a part of Christian rhetoric. Both Ignatius Loyola and Jonathan Edwards left memorable specimens of such. Further, no fundamentalist evangelist could hold a candle to the Irish catechist whose preachments to young boys in nineteenth-century Dublin were depicted by James Joyce in his Portrait of the Artist as a Young Man :

Hell is a straight and dark and foul-smelling prison, an abode of demons and lost souls, filled with fire and smoke . . . . It is a fire which proceeds directly from the ire of God, working not of its own activity but as an instrument of divine vengeance . . . . Every sense of the flesh is tortured in every faculty of the soul therewith: the eyes with impenetrable utter darkness, the nose with noisome odors, the ears with yells and howls and execrations, the taste with foul matter, leprous corruption, nameless suffocating filth, the touch with redhot goads and spikes with cruel tones of flame.

And on and on. So, Brother Roberts, get the kit!

The problem with this kind of approach to the afterlife is not that it says too much, but that it offers too little. It says what it does not know and thus falls prey to that most damning of theological temptations, what medieval scholars called vana curiositas . Theology should be done within the limits of revelation alone but what is shown in most modern-day Hell Houses is 90 percent speculation.

It may be that some young people will find their way to genuine faith through such ghoulish shenanigans, but their overall import is a distortion of the Gospel. Those who indulge in such displays are taking something serious, eternal, and consequential and treating it with a finesse of a butcher doing brain surgery. In the process, they trivialize evil and domesticate grace. I seriously doubt that the Old Fiend himself is much upset about how his wiles are portrayed in such faux-dramas. He knows that conversion without discipleship is not likely to be lasting or deep. He is well aware that evangelism as entertainment seldom, if ever, results in genuine repentance or transformation.

At the heart of the paschal mystery is the descent of Christ into hell. This motif has been variously understood in the Christian tradition, but in essence it means that in the sending and self-sacrifice of his Son, God himself has absorbed not only the penalty of sin but also its eternal consequences, the “wailing and gnashing of teeth.” Jesus Christ has visited the original House of Hell, and this has rendered redundant all cheap imitations. As John Calvin said, “By his wrestling hand to hand with the devil’s power, with the dread of death, and with the pains of hell, Jesus Christ emerged victorious and triumphed over them, that in death we may not now fear those things which our Prince has swallowed up.”

Timothy George is dean of Beeson Divinity School of Samford University and chairman of the board of the Colson Center for Christian Worldview. His email address is tfgeorge@samford.edu.