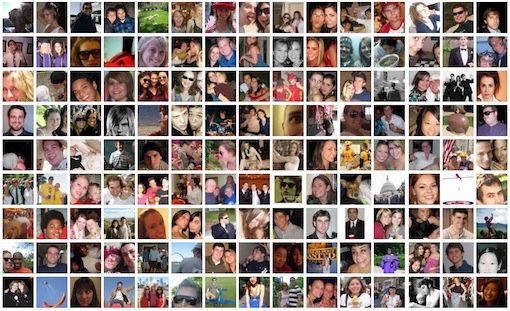 In Jennifer Senior’s highly entertaining interview with Antonin Scalia, she asks the Supreme Court Justice about Pope Francis and he responds, “He’s the Vicar of Christ. He’s the chief. I don’t run down the pope.”

Upon further query, Senior makes the startling discovery that Catholicism”despite being popularly mischaracterized as narrow and inhibited”is actually large enough, small-c catholic enough, to transcend ideologies and create a place of concurrence; a place where the conservative Scalia and the Pope-as-perceived-progressive can easily agree on doctrinal emphasis, evangelization, and even the existence of the devil. What a world.

Possibly His Holiness would also agree with Scalia’s assessment of our endless fascination with social media and Facebook. “I don’t know why anyone would like to be ‘friended,’ Scalia said. “I mean, what kind of a narcissistic society is it that ­people want to put out there, This is my life, and this is what I did yesterday? I mean . . . good grief. Doesn’t that strike you as strange? I think it’s strange.”

Pope Francis might call it more than strange; he might think it of a piece with his recent Assisi exhortation against worldliness, which he says “leads to vanity, arrogance and pride . . . and these lead to idolatry, which is the gravest sin.”

After his election to the papacy, notes were released outlining the pre-conclave intervention delivered by Jorge Mario Bergoglio, which many of the Cardinal-electors said impressed them greatly, particularly in its call for the church to “come out of itself”:

When the Church is self-referential, inadvertently, she believes she has her own light . . . and gives way to that very serious evil, spiritual worldliness. It lives to give glory only to one another.

A month later, in a letter to Argentine bishops he hit the theme again, saying that a self-referential church, “sickens from the stale air of closed rooms . . . only looking to and relying on itself.”

Pope Francis was describing, or perhaps diagnosing, the illness of an institutional church turned too far in upon itself”self-protective to a fault and too comfortably insulated in its own Curial echo chamber to be able to properly hear or respond to the world beyond itself. He could just as easily be understood as addressing the People of God, particularly those of us in the pews of the West, who spend countless hours everyday on Twitter and Facebook boards, mostly talking about ourselves, not only in our own feeds”where we share pictures of the meal we are about to consume, and the thought we have just had; and the next thought, and the next”but also in the feeds of others, where we share a usually pointless comment about their posting, that is really just another chance for us to talk about ourselves.

Twitter is a social media echo chamber, too, but because of its character limit and the speed with which it moves, it is more akin to a virtual pub. One can check in several times a day, snatch a few headlines, exchange a bit of 140-character banter and make an exit. Facebook, on the other hand, is a giant self-referential Boutique Church of Me, where the seats are large and comfortable and the mirroring so cleverly placed that one has a sense of enlargement when the world has, in fact, become peculiarly shrunken, and the fragrance of so much personal validation from so many “friends” has masked the toxicity of air gone rancid from the murmurings of mutual hosannas and soul-stealing gossip. Facebook, to quote Francis, “lives to give glory only to one another,” unless we actively steer our intentions toward giving glory to God.

Social media can be a powerful tool for evangelization. Indeed, I have seen people witness persuasively, one-on-one in Twitter, and occasionally on Facebook, to great effect. But even among the “professional Catholics” and the super-committed Catholic moms and Catholic educators and even some Catholic priests and religious, most social media time is, as Justice Scalia asserts, an exercise in narcissistic self-referentialism that is comparable to, and as destructive as, the myopic insulation of the institutional church Pope Francis hopes to urge outward.

“Being church” has never been more ironic. We applaud the Bishop of Rome’s efforts to stir the church from its comfortable doze and bring its saving message of the Gospel out into the great wide open, but”confident that Francis will put that church in Rome to rights”we promptly forget that “we are church,” too, and just as dazed and drowsy. Self-referential and inward and stale, we snap another picture of our supper and send it around, and then drop a comment (loaded with I’s and me’s) into the posting of a “friend” whose gripe or joyful exclamation remind us exactly of “that time when we . . . me . . . I . . . .”

”And these lead to idolatry, which is the gravest sin.”