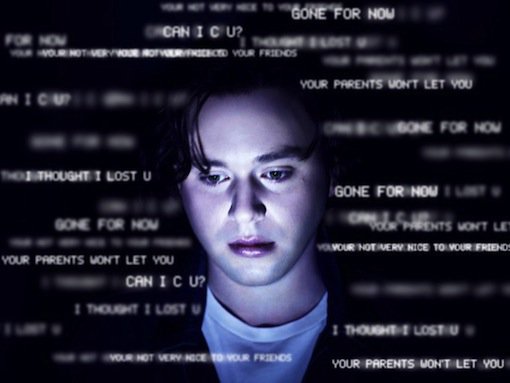 In those early days, before everyone was online, you chatted with whom you could. It was 1997, and I convinced my parents to hand over their credit card and installed AOL 3.0. It revolutionized my social life. It gave me a facsimile of one. The robotic sounds of our 28k modem connecting to the Internet were, to my young mind, the sounds of possibility.

One of my “friends” was a woman named Sarah. She was in her mid-thirties, and I met her in a Christian chat room. She was cheery if unhappily single and somewhat adrift. Why would she chat with a twelve-year old? (And why would I chat with her?) More than most, the lonely gravitate to the Internet.

There is seldom a lonelier person than an adolescent gay male. Teenage boys are merciless, particularly to those they see as effete. Just after we graduated from the Christian college we attended, one of my best friends, ill at ease with his homosexuality, told me, “The world is not made for gay people.” He committed suicide not long after. When he was a teen, the Internet had been refuge, if an unsavory and dangerous one. Now there is Grindr. In 2001, there were chat rooms.

This is the subject matter of Nico Muhly’s opera, Two Boys , which recently finished its run at the Metropolitan Opera. Two Boys is set in an English industrial city in 2001. (The program informs the timeframe is “before widespread use of the internet.”) A detective, Ann Strawson, investigates the stabbing of a thirteen-year-old boy, Jake. The main suspect in the crime is his sixteen-year-old friend Brian, the only witness and, incidentally, Jake’s only friend.

Brian first denies the murder, but later spills forth a fantastical confession involving a lurid cast of characters—encountered only online—including Jake’s beautiful older sister Rebecca, whom Brian loves; Jake and Rebecca’s “perv” gardener Peter, who threatens to rape and murder Rebecca unless Brian performs sexual acts on his webcam; and their “aunt” Fiona, a high-stakes player in British espionage circles who eventually asks Brian to kill Jake, who has allegedly hacked British state computers and threatened the security of the nation. The twist: He’s telling the truth, in a sense. While all of these characters exist online, Brian has never seen any of them except for Jake because Jake is all the characters. He has created them to capture Brian’s attention and affection—and eventually carry out his own murder.

The most bizarre part of the plot is that it’s based on a true story, a stabbing that took place in Manchester in 2003. The real Jake, known as John in court documents, was charged with inciting his own murder.

Muhly began work on the opera in 2007. At twenty-five he was the youngest composer ever commissioned by the Metropolitan Opera. At the time, he was obsessed with the way the Internet allowed people to assume various roles. The Internet, for Muhly, functions as the modern costume ball. We put on masks, we deceive, but we do it by typing, from the safety of our bedrooms.

While a masquerade conceit may evoke thoughts of Die Fleidermauss or Der Rosenkavalier , Two Boys recalls elements of Wagner’s Tristan und Isolde . Commenting on the doomed lovers, W.H. Auden wrote, “They do not yield because their passion is not for each other but for something they hope to obtain by means of each other, Nirvana, the primordial unity that made the mistake of begetting multiplicity . . . .” Jake’s desire for Brian is not related to Brian, a rather hapless boor. He might be any other boy. His desire is to be loved into wholeness. Late in the opera, Jake comes over to Brian’s house, allegedly seeking refuge. The two have sex, after which Brian rejects Jake. His desire for wholeness becomes a desire for nothingness.

Muhly has written the part of Jake for a boy soprano, and the child’s presence on stage heightens the sexual discomfort in some scenes. It also creates for a disarming dissonance between the voice, which most of us would associate with sacred choral music, and Jake’s deceit. The problem is that evil in angelic children may scare us, but it seldom pushes us to self-reflection. (There is a reason why the pale-faced demonic child is a standard trope in horror films.) If the viewer can empathize with Jake’s desire to be loved by someone who will never truly love him, she cannot understand his psychopathic behavior. He is a narcissist genius who is impossibly damaged. His intelligence is rivaled only by his blithe disregard for the person he wishes to possess.

Brian, the average, gullible boy from the average family who finds himself lured farther and farther into a wicked web, first in the name of love (for a girl who does not actually exist) and then in the name of success (the promise of money in a job in espionage with MI-5), is the most interesting character. How the powerful manipulate others is a familiar story; how the ordinary—the great majority of us—are capable of committing extraordinary evil through a series of missteps, is worthy of exploration.

The medium of opera presents certain challenges with telling stories. Brian’s character is sung by a thirty-year-old burly tenor, which lends for frequent comedic effect. “I’m only sixteen. I go to school and then to football and do my homework.” Er, perhaps to the gym and then to the sports bar? Fortunately, this keeps some of the incipient horror of some scenes from fully blossoming. I should not like to see the movie Two Boys.

Occasionally, though, the libretto may have been too faithful to the actual events. At the climax of the opera, the moment when Brian stabs Jake, Brian sings, “I love you, bro.” I laughed, audibly I’m afraid, for what I took to be a touch of humor in an otherwise macabre scene. Unless the listener realizes this is actually what was said in the Manchester stabbing, the tragedy becomes clumsy.

Detective Strawson, our guide, is not particularly compelling. A subplot involving a child, who would now be Brian’s age, that she gave up for adoption, and the loneliness of choosing a career over family, is a feeble attempt, developed after the opera initially premiered in London two years ago, at making her more than a cipher through which we experience the opera.

The staging and acting is secondary to the music, and it is the music’s responsibility to carry the opera. Unfortunately, the music does not fill out the main characters or make them more compelling. Where it succeeds, and tremendously so , is in its use of choral music to present the Internet—an important aspect since so much of the opera takes place within chat rooms in a world “Between what’s possible and what’s true.”

Muhly, a brilliant composer of choral music, has arranged an enormous chorus, all with laptops illuminating their faces with a pale blue glow, singing different parts. The counterpoint is masterful, and voices become the voice of the Internet, unified but still a rabble. Muhly compares the effect to watching a school of fish or a flight of swallows. The effect is mesmerizing.

Craig Lucas’s libretto borrows heavily from actual chat transcripts, and there is something delightful about hearing characters sing the sundry intialisms of chatspeak—phrases like A/S/L (age, sex, location?), POS (parents over shoulder). Even the supratitles screens were mostly faithful to the intentional misspellings of the teenage chats. (Unfortunately, I did not think to switch over to the German text.)

The chat rooms and instant messages appear on a few moveable towers that serve alternatively as screens and buildings. During a particularly gruesome scene in which Brian is being bullied into committing sexual acts on a webcam (he thinks he is saving a life by doing so), the crude text cascades down the walls. In an unpublished story about the Internet, David Foster Wallace wrote: “Despite all the hoopla about populism and information, what it really was was the bathroom wall of the U.S. psyche.” The visuals of Two Boys bring this metaphor to life.

But despite the opera’s skill in portraying the Internet, the primary question it poses, in what ways do we lie to achieve what we want, is lost or rendered banal in its hyperbolic delivery. The more interesting question, I think, is that of loneliness, a question on which the opera’s SVU-style plot cannot pause to dwell. In what ways is loneliness tied to sexuality in our culture? In what ways does the Internet promulgate loneliness? Can two boys be intimate friends without a sexual relationship? These are mysteries that the opera Two Boys does not solve.

David J. Michael has written for The New Republic, Books & Culture , and Slate , among others. He is currently producing a documentary on new classical music. Image via Micaela Rossato - Metropolitan Opera .