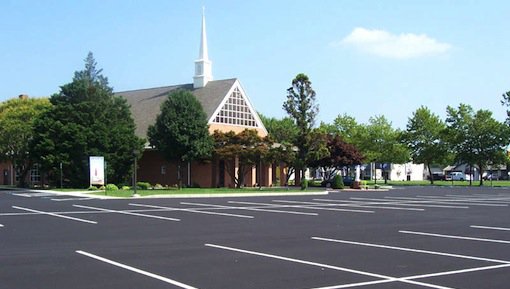 A group of couples from my neighborhood in Pacific Palisades, California, men and women I’ve known for more than twenty years, got together for dinner a few months ago. Most of these people are non-religious . . . to put it mildly. They think of me as the “Crazy Catholic,” so we do not spend too much time discussing religion. They made their views on the issue clear many years ago. Nevertheless, at this party, during the dinner conversation, one of the women said to another, “Did you hear what the Pope said last week?”

The Pope? I was startled.

As far as I knew, this woman no more followed statements from the Vatican than she cared about establishing radio contact with the planet Mars.

Pope Francis has made a big impression. While many, both Catholics and non-Catholics, are watching with great interest as the Pope focuses on matters relating to the administration of the global Catholic Church, actual change has already been stirring for some time at the local parish level. Parishes are being closed or merged—1,200 in the last decade alone. At the diocesan level, we have seen a dramatic loss of parish support services because of significant financial challenges arising in part from the sexual abuse settlements. Eight dioceses in the U.S. have gone bankrupt.

As the Church’s demographics have changed and vocations have declined, some parishes have become larger and more complex. One third of American parishes have grown in size to what would be considered a “mega-church”—in the Protestant Evangelical community, a mega-church is one with more than 2,000 members. A few American Catholic churches have as many as 20,000 parishioners. As parishes continue to expand, creative pastors and staff are launching dozens of new ministries and activities for people of all ages.

The administration of a large parish is often akin to a large corporation. The pastor is like a CEO, assisted by department directors who oversee particular areas of ministry. Mega-parishes tend to bustle with activity, sponsoring forty or more ministries to meet the extensive needs of the parish. Decisions are complex, requiring the pastor to work with his trusted lay pastoral professionals and volunteers. The parish council is generally charged with strategic planning and listening to the broader parish, and it establishes goals consistent with the parish mission statement.

Parish structures and leadership roles are evolving as parishes become total ministering communities in which the faithful, both lay and ordained, share in the sacramental, pastoral, and catechetical care of the local community. These larger, dynamic parishes have taken on a critical role, not just among Catholics, but in the community as a whole. A priest who pastors one of these large Catholic churches in New York State said that his civic leaders believe there are three centers of their local community life: the library, the high school, and the Catholic church.

Another important trend over the past thirty years is the emergence of lay ecclesial ministers. Pope John Paul II wrote that by discerning and engaging the gifts of lay people, there will be a better distribution of tasks within the Church. Priests, in turn will be able to dedicate themselves more effectively to the proclamation of Jesus Christ through their unique responsibilities and charism. In recent years, the leadership of the American church has accepted Pope John Paul II’s challenge. A half century ago, there were no married or single men ordained to be permanent deacons, and almost no lay people employed full time in pastoral work. Today there are about 38,000 lay ecclesial ministers and 18,000 deacons serving the 17,000 parishes in the U.S.

One example of a new model of such leadership is a laywoman I know named Cambria Smith. Cambria is one of our pioneers—one of a few hundred men and women who hold the title of Parish Life Director. These are professional ministers appointed by local bishops and entrusted with the leadership of a parish. A priest is assigned to the parish to celebrate the sacraments. But it is the Parish Life Director who is responsible for providing the overall day-to-day pastoral care and administration of the parish.

After much consideration and a three-year process, Holy Family Parish in Pasadena, California sought permission to consider hiring a Parish Life Director instead of having a new priest replace the monsignor who had pastored the parish for more than two decades.

Holy Family is a mega-parish. It is a complex organization with ninety ministries, a large budget, and a hundred staff members including teachers and administrators at the parish school. The parish council and the retiring priest understood that Holy Family needed someone with the skills to run a large corporation. After an extended vetting process, and a year working as a pastoral assistant with the retiring pastor, Cambria was invited and then installed as the Parish Life Director for Holy Family.

The Christian faith is meant to be lived out in community, as Jesus modeled in his ministry together with his disciples. And, despite all its shortcomings and challenges, it is still the local church that God has chosen as one of the primary vehicles through which Christ is made known to the world.

In the past, discipleship has been too often overlooked and taken for granted in Catholic Churches. As the 2009 report from the Pew Forum on Religion and Public Life reported that about one-in-five former Catholics say that they left Catholicism because they found little comfort or feeling of community at their parish.

Another significant finding is that those Catholics who become Protestant primarily do so for two reasons: First, the Catholic Church is not meeting their spiritual needs, and second, they prefer Protestant worship services. In fact, many of the people leaving the Catholic Church are leaving to deepen their faith, not trivialize it. So much for those who scoff at their departing brethren as seeking better entertainment and less theology.

Some Catholic pastors across our country are being inspired by their evangelical brethren to look at new ways to engage the unaffiliated, and at new ways to reenergize the people in the pews. When Fr. Michael White and his pastoral assistant, Tom Corcoran, arrived at the Church of the Nativity in Timonium, Maryland, they found a parish that was stagnant.

For five years, Fr, Michael and Tom tried to change the atmosphere of their parish. They added programs and free dinners and entertainment. They assumed that people would start volunteering and give more financially to the church. Instead, the two realized that they were just feeding the beast. The churchgoers had become consumers. Giving them more and more was not challenging them to do unto others, to grow in their faith; it just made them want more. Fr. Michael and Tom noticed that many Protestant Evangelical Churches were having success in drawing new members. In researching Protestant Evangelical models they realized that the business of the church was making new disciples, not entertaining those already in the flock.

They began to ponder ways to draw the non-churched from their surrounding community. They engaged their parishioners in the project, assigning teams to greet people when they came to church, and organizing small groups to share faith—a signature program of many Evangelical churches. Small groups meet weekly to study the bible and build friendships and community. In their book, Rebuilt: The Story of a Catholic Parish , Fr. Michael wrote about the value of small groups: “If we’re inviting people into a countercultural lifestyle and then sending them back out into the culture to try to do it on their own, it won’t happen.”

My colleagues and I at Parish Catalyst, an organization I established to develop pastoral leadership and parish engagement, have studied various programs and organizations available in the Catholic world and in other congregational settings. The Parish Catalyst process, we believe, is unique in our tradition.

We began by locating and interviewing Catholic pastors across our country that have a reputation for leading energized, growing parishes. To date we have interviewed over 140 pastors and will continue to do so. Let me share some of the highlights of what we have learned and developed from interviewing these highly successful pastors.

1. The size and wealth of the parish does not determine whether it thrives. Rather, it is empowered and engaged laity, working with highly committed pastors who are open, warm, and welcoming that leads to growth and stability.

2. Successful pastors immerse their parishes in the local community. Parishes become more than just a “worship place” on the weekend or “school place” during the week. They continually engage the larger culture with a different vision of life.

3. Pastors look beyond their own church for inspiration—for example, to other churches or to leaders in the community and within the business world.

4. Although the organizational structure of the Church hierarchy is sometimes viewed as an impediment, these pastors have the imagination and leadership skills to move beyond what bogs down other pastors.

5. Despite the daily challenges and pressures they encounter leading complex parishes, these pastors report that they generally sleep well at night. They sustain themselves with a vibrant prayer life that reinforces their work as a calling, not just a job.

6. These pastors work very hard—but they take care of themselves. They try to take their day off and their vacation time. They have an exercise regime. Many maintain strong family ties. And many mention priest and non-priest friends with whom they share their free time.

7. Finally, these pastors need support from other like-minded pastors. They are very interested in getting together with other highly effective pastors to share ideas and experiences. One pastor told us, “I thought I was alone, I thought I was crazy to try and do some of the things that I want to accomplish at my parish. It turns out I was not.”

Parish Catalyst is indebted to Leadership Network, an organization that has provided innovative support to Protestant Evangelical churches in the U.S. for over thirty years. Leadership Network’s founder, Bob Buford, was highly influenced in his professional and ministerial work by Peter Drucker, the management consultant, educator, and author, whose writings contributed to the philosophical and practical foundations of the modern business corporation. Peter Drucker and Bob Buford saw parallels between the leadership needs of the business world and the leadership needs of the church world. On numerous occasions he and his staff have trained, mentored, and supported the efforts of Parish Catalyst to translate their methodology to a Catholic environment.

What is the most important conclusion we take away from all of our discussions with the pastors we’ve interviewed? The answer is that change is already bubbling up at the parish level. The Holy Spirit is guiding the Church, but the Holy Spirit is using everyday men and women to manage it, just as Jesus did over two thousand years ago with his apostles and disciples. Our goal at Parish Catalyst is to provide a platform of support for talented pastors who are already making inroads into new church structures—pastors releasing the latent energy found in the baptismal call of the laity, and redefining the place of the parish in the local community.