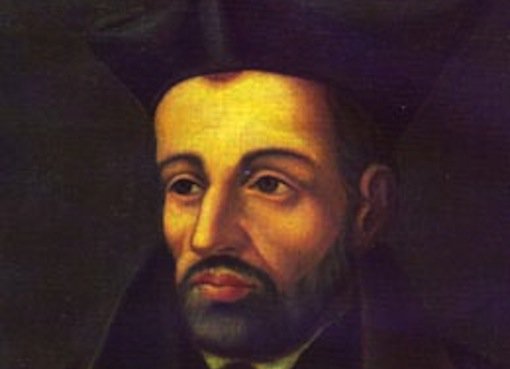 On Tuesday, Pope Francis canonized Fr. Peter Faber , SJ, one of the great figures of the Catholic Reformation; and by doing so, gave us a key to understanding his own approach to the new evangelization, and a model for spreading the faith in modern times.

Peter Faber is little known today, but Francis’ announcement should change that. Born in 1506 to a poor family in Savoy, France, Faber was precocious. He could hear a sermon, then repeat it verbatim, as if he had written it himself. He had little formal education until he attended the University of Paris, where he met both Francis Xavier and Ignatius of Loyola, helping found the Society of Jesus. After ordination, Peter spent time preaching and teaching and was so highly regarded that Pope Paul III sent him on a special mission to revive the faith in Parma and Piacenza, where he achieved extraordinary success. Sent to post–Reformation Germany in 1541, he found the Catholic Church in such a deplorable state that it left him “tormented by a steady and intolerable pain.”

But his response was not to become more confrontational. What strikes one today is how gentle and ecumenical Faber was, in an age of fierce polemics. Listening before instructing, searching for common ground, proclaiming the healing power of Christ before all else—these are the qualities which earned Fr. Faber widespread admiration, and won back countless souls for Christ. Explaining his approach toward fallen-away Catholics, the future saint wrote :

Whosoever desires to become useful . . . must be solicitous to bear them much charity and to love them truly, excluding from his mind all thoughts which tend to cool his esteem for them. Second, it is necessary to gain their good will, so that they may love us and keep a place for us in their hearts. This we can achieve by familiar intercourse with them, speaking of the things we have in common and avoiding all contentious argument.

Charitable as he was, St. Peter did not, however, yield one inch on doctrine. He knew that love in preaching was useless if it resulted in a watered-down or undisciplined faith. Once people accepted the Gospel, and had Christ in their heart, Faber knew just how to catechize them, especially those who led wayward lives:

Such people have need of admonitions and exhortations on morals, on the fear and love of God, on good works, to counter their frailties, distractions, tepidities and other afflictions.

If all this sounds familiar, it is, for the same spirit guides Pope Francis, five hundred years after his fellow Jesuit set the standard. Just as St. Peter knew moral truths would not take root in hearts devoid of Christ, so too does Francis :

Proclamation in a missionary style focuses on the essentials, on the necessary things: this is also what fascinates and attracts more, what makes the heart burn, as it did for the disciples at Emmaus . . . . The proposal of the Gospel must be more simple, profound, radiant. It is from this proposition that the moral consequences then flow.

This last sentence, often ignored by commentary on Francis, is crucial. For it proves that far from trying to marginalize the Church’s teachings on morality—which bear directly on our salvation—Francis is trying to strengthen them by anchoring them solidly in Christ. To miss this elementary fact is to miss the profundity of Francis’s evangelical witness.

Equally important is the common vision Peter and Francis share on fraternal correction . Just as St. Peter spoke about the need to charitably correct sinners, who were undergoing reform, so too does Francis. In his counsel to confessors, the pope encouraged a balance which remained faithful to God:

The confessor . . . is always in danger of being either too much of a rigorist or too lax. Neither is merciful, because neither of them really takes responsibility for the person. The rigorist washes his hands so that he leaves it to the commandment. The loose minister washes his hands by simply saying, ‘This is not a sin’ or something like that.

Since the whole spirit of modern secularism is driven by the belief that “this is not a sin” when it emphatically is a sin, this poses a serious challenge, not just for confessors, but for Christians everywhere.

This last point underscores the need for a broad-based Christian initiative to evangelize the culture. When Peter Faber travelled across sixteenth-century Europe, he often dealt with Protestant–Catholic disputes, but today, the differences remaining between Evangelicals and Catholics pale in comparison to the chasm between Christianity and an irreligious world . If faithful Catholics have any hope of evangelizing the culture, they will need significant help from Evangelical allies—or indeed anyone who believes in Biblical values.

St. Peter lived in a chaotic time, and many things must have looked hopeless to him at first glance. But the fact that he accomplished so much, through good will, patience, and perseverance, demonstrates that Francis’ similar style—which has been questioned by some—is neither radical nor ineffective. It springs from the best in Catholic tradition, and provides the spirituality we need to bring about a new and ecumenically-rich Reformation.

William Doino Jr. is a contributor to Inside the Vatican magazine, among many other publications, and writes often about religion, history and politics. He contributed an extensive bibliography of works on Pius XII to The Pius War: Responses to the Critics of Pius XII . His previous articles can be found here .