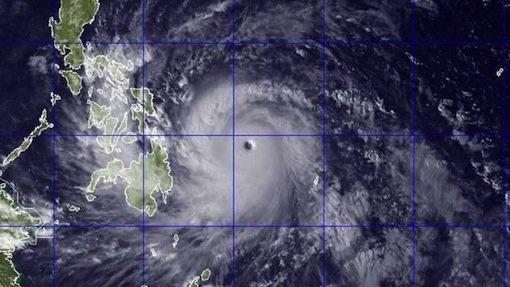 When Typhoon Haiyan made landfall in the Philippines in early November, the nation suffered catastrophic devastation, including the tragic loss of over 10,000 lives. Patriarch Kirill of Moscow sent a letter of condolence, praying for relief for the people of the Philippines. Both the Vatican and the Dalai Lama added to their sympathies and prayers humanitarian aid, the Pope’s initial alms being $150,000 . According to Reuters , the Vatican has additionally pledged three million euros.

Yet one major religious leader took a different approach. His All-Holiness Bartholomew, Archbishop of Constantinople, New Rome, and Ecumenical Patriarch has earned the title “the Green Patriarch” for his environmental activism. At the time that other religious leaders were offering their sympathies to the downtrodden people of the Philippines, His All-Holiness issued a statement on the occasion of the opening of the Warsaw Conference on Climate Change , which concluded on November 22.

Climate change is certainly important, and the Patriarch has every right to weigh in on the issue. However, the statement’s opening left me disappointed:

This week—even as the world mourns the tragic loss of life in the unprecedented Typhoon Haiyan in the Philippine Islands—political leaders have converged on Warsaw, Poland, in yet another anticipated meeting on climate change. Concerned citizens throughout the world are hoping and praying for prompt and practical results.

This is the only mention of the tragedy of the typhoon in the whole message, and it has been the only official statement from Constantinople. Notice that the “hoping and praying” here is directed toward a political solution to climate change, not relief for those who suffer in the Philippines or repose for departed souls. Shouldn’t solidarity with the victims of such a disaster come before political pronouncements?

In the Patriarch’s defense, the Greek Orthodox Archdiocese of America (of which I am a member) added a special petition to the Divine Liturgy the following Sunday for all those affected by the typhoon, and Archbishop Demetrios issued an encyclical calling for collections for humanitarian aid, which have since been taken. But other than the statement above, the Green Patriarch himself has been silent. While other religious leaders offered prayer and tangible support, all that has come from the Phanar is an environmental statement. Hurting people need practical and pastoral help, not politics.

This has become a recurring pattern in the statements of the Patriarch. As Fr. Michael Butler and Andrew Morriss note in their recent monograph , “Patriarch Bartholomew’s Message on the Nuclear Explosion at Fukushima [was] issued on March 14, 2011, a scant three days after the earthquake and tsunami that devastated Japan (and several days before the Patriarch’s message of sympathy to the Japanese people).”

St. John Chrysostom , His All-Holiness’s predecessor, taught that God “hath ordained His priests that they may administer consolation to those that are in sorrow.” Advocacy for the environment is not unimportant, but shouldn’t such “consolation to those that are in sorrow” be a more fundamental social function of the Church? Shouldn’t relieving the suffering of humanity take precedence over that of the earth, however serious the state of the latter may be? Where are his hopes and prayers for the alleviation of the great hardship of the people of the Philippines?

In the face of such inexplicable and seemingly senseless loss, pastoral care must precede politics. As Christians continue to hope and pray for prompt and practical deliverance for all those affected by Typhoon Haiyan, I hope as well that the “first among equals” of the Orthodox hierarchy would in the future lead the way in showing sympathy for those who sorrow.

Dylan Pahman is a research associate at the Acton Institute where he works as assistant editor of the Journal of Markets & Morality . He is also a contributing editor at Ethika Politika and a fellow of the Sophia Institute . He writes regularly on Christian spirituality at www.everydayasceticism.com .