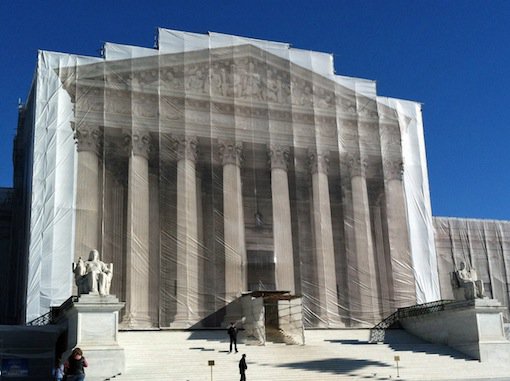 The conditions in Gosnell’s house of horrors clinic, far from being exceptional, are the logical outcome of the fine print in Roe v. Wade . As the growing controversy over similar horrors in Texas reveals, the conclusion of the Gosnell case hardly means the end of grisly headlines”headlines we wouldn’t have without the Supreme Court’s ill-fated decision.

In the years following Roe , the Court reinforced its prior ruling and rejected appeals from public health officials who wanted to enforce health and safety regulations for clinics in Illinois, Indiana, and Florida.

The Supreme Court then empowered the federal courts and abortion industry lawyers to thwart every effort by state legislators and public health officials to monitor health and safety conditions at facilities performing abortions. Back-alley abortionists could challenge any regulation as an “unconstitutional burden” to a “woman’s right to choose” abortion.

Federal courts across the country spent the next decade implementing that ruling, and by the end of the 1980s, they had struck down attempts by Chicago and many other cities to regulate clinics performing first-trimester abortions.

On top of that, the federal courts interpreted the federal Civil Rights Attorney’s Fees Act of 1976 to require that taxpayer funds be used to pay the fees of the abortion industry’s lawyers when they won their court challenges to block state health and safety regulations. This further deterred public health officials from interfering in the abortion industry unless and until they were forced to respond to public outcries against dangerous and unsanitary conditions at clinics.

By the end of the 1980s, most state and local public health officials had simply given up. As Edward F. King, the deputy director of the Chicago Medical Society, told a Chicago newspaper in 1978, “The courts very effectively knocked the Department of Health out of the picture. We’re not even entitled to cross the threshold of these clinics.”

The Supreme Court compounded the problem in 1983 by extending its ruling in Roe v. Wade to invalidate health and safety regulations that applied to abortions even in the early second trimester.

Thus, forty years after Gosnell opened his clinic, the U.S. Supreme Court has yet to approve health and safety regulations governing first- or second-trimester abortions, leaving many women exposed to unnecessary risks.

Some federal courts permitted health and safety regulations in Texas and South Carolina to go into effect in 2000; however, since the Supreme Court has not approved them, they are enforced only at the discretion of federal courts.

This situation has led to a standoff between state officials, who don’t know how much they can regulate abortion clinics without sparking long and costly litigation, and the abortion industry, which fears a definitive court ruling that would uphold clinic regulations.

A majority of states have imposed some degree of regulation on abortion clinics and states have some political and administrative discretion in enforcing their laws. However, all too often, that enforcement is inadequate or wholly neglected.

[In the early 1990s], the Pennsylvania Department of Health abruptly decided, for political reasons, to stop inspecting abortion clinics at all . . . . With the change of administration from Governor Casey to Governor Ridge, officials concluded that inspections would be “putting a barrier up to women” seeking abortions.

Unfortunately, the public health disaster created by the Supreme Court’s rulings cannot be remedied at the justices’ own initiative. The Court is a passive institution: It can only wait on lengthy and expensive cases to be brought before it for resolution. And its own earlier rulings inhibit any case related to abortion from reaching their docket.

Nevertheless, the Supreme Court ultimately decides whether any laws are actually enforceable. As Justice Sandra Day O’Connor pointed out in her dissent to a 1983 abortion ruling: “Medical technology is changing, and this change will necessitate our continued functioning as the nation’s ‘ ex officio medical board with powers to approve or disapprove medical and operative practices and standards throughout the United States.’”

If the history of the past forty years is replayed in Philadelphia, the current furor will die down. Some legislative bodies may pass new regulations. The ACLU or the Center for Reproductive Rights will file suit. The federal courts will strike down the regulations. The states will use tax dollars to pay attorneys’ fees to the clinics, and the case will never get to the Supreme Court.

And so the public health vacuum created by the Court will continue to threaten the lives and health of women and enable more Kermit Gosnells to operate “house of horrors” clinics.

Clarke D. Forsythe is senior counsel of Americans United for Life and author of the forthcoming book Abuse of Discretion: The Inside Story of Roe v. Wade.